Well “that’s no surprise” some of you may rush to say! After all we’re yet to see the Snapdragon 845 model but technology knows no limits and earlier today, well known leakster Roland Quandt mentioned Qualcomm’s next-next-gen chipset (Snapdragon 855) in a tweet and… all hell broke loose! 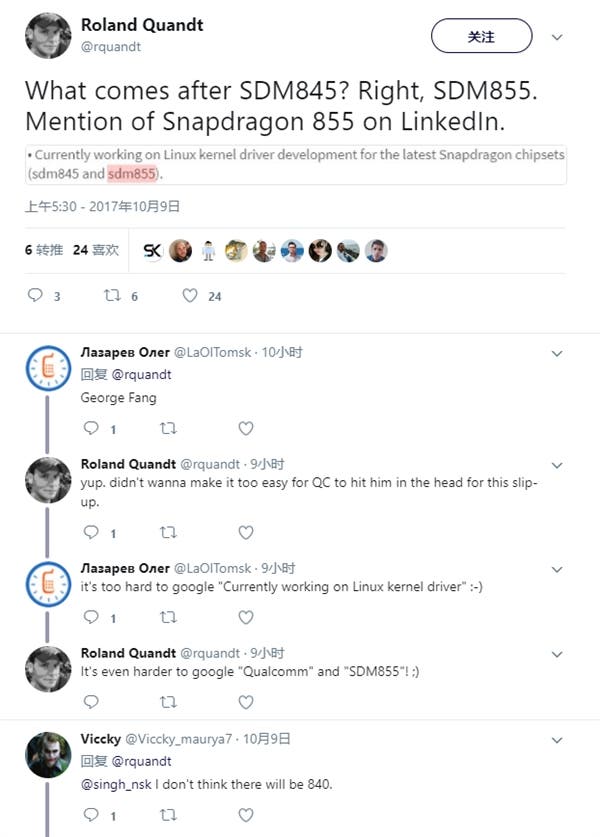 The leakster managed to unearth some information on the Snapdragon 855 through the Linkedin profile of a Qualcomm software engineer named George Fang. In this profile he found out that the upcoming Snapdragon 845 chipset (described as “a complex SoC of a latest mobile processor (SDM 845) owned by Qualcomm”) has the codename Napali v2.0 and it will be the second-generation 10nm chipset from the company.

However that’s not all Fang’s profile reveals, as there are info regarding the Snapdragon 855 chipset there that will be codenamed as Hana v1.0, it will be built on the 7nm architecture and it’s expected to power most 2019 flagship models.  Rumors say that this SoC will deliver 30% – 40% improved performance than SD 845 and it’s also expected to carry AI capabilities!

What comes after SDM845? Right, SDM855. Mention of Snapdragon 855 on LinkedIn. pic.twitter.com/AzIec72v1T

I’m putting away my crystal ball for now, and we return to normal technology news.