The Mate 10, mate 10 pro and other likely variants are the most anticipated phones from Huawei right now, and while we await these premium phones, Huawei wants its entry-level to budget fans to have something to rejoice about. The firm has now announced the Huawei Y6 Pro (2017) in Europe.

The device is a more capable variant of the Huawei Y6 2017 which was announced earlier in the year. In what ways is the new entrant different from the Y6 2017? The Huawei Y6 Pro (2017) is now encased in a metal frame, powered by a Snapdragon 425 chipset, gets a rear fingerprint sensor and boots Android 7 Nougat out of the box.

Aside from these variations, the Huawei Y6 Pro 2017 is essentially same as the Y6 2017 variant. It sports a 5-inch IPS LCD of 720p resolution, powered by a Snapdragon 425 chipset with 2GB RAM and 16 GB of expandable internal storage.

The Huawei Y6 Pro (2017) comes fitted with a 13MP rear camera with LED, rear fingerprint sensor, and a front-facing 5MP camera for selfie. The device relies on a 3020mAh battery and boots Android 7.0 Nougat with EMUI 5.1 out of the box. 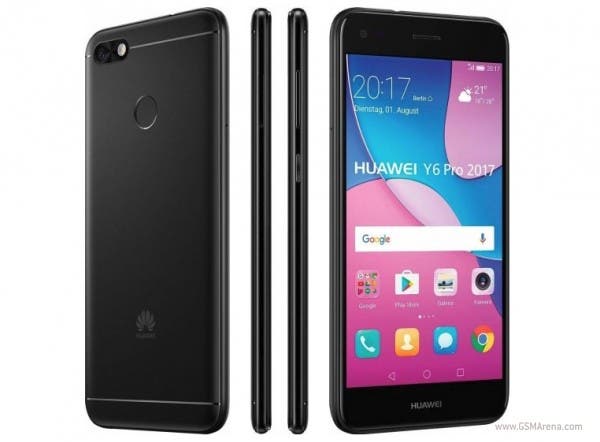 Available in Black, Silver and Gold colour options, you can get the Huawei Y6 Pro (2017) in Germany, Italy and France at about €179.

Previous Want an iPhone 8 for free? Just get a T-Mobile tattoo!