HMD Global has aimed to impress its fans this year with the promise of Android Oreo update for all its Smartphone before the year ends, and while we await these updates, the company is busy rolling out useful updates to the Nokia Phones. just some hours after the Nokia 6 was reported to have received October Security patch along with an update that bumped it OS version to 7.1.2 some, a new report says the Nokia 8 is currently also receiving similar updates.

With a size of 295MB, the new update is set to introduce October security patches along with system stability improvements and UI enhancements.

The new update is available as a FOTA (Firmware Over-the-Air) download, but it is important to note that the update could be rolled out in batches, so it may take a little more time for you to get the update notification on your Nokia 8. Should you not be prompted for this update, we advise you check for the update manually on your phone settings. 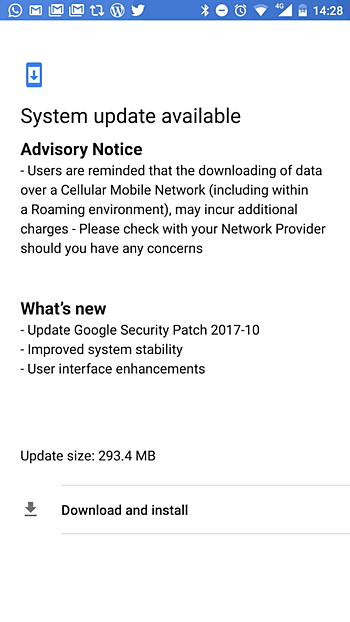 Should HMD Global keep firm to its promise of seeding Android Oreo update to all Nokia 3, Nokia 6, Nokia 8 and  Nokia 5, then we should expect the updates to start rolling in from October.