Apple is a new player in the OLED display world, in fact, its upcoming iPhone X flagship smartphone is the first-ever iPhone to sport the display. Many thanks to its South Korean rival, Samsung, for making it happen. Apple’s first smartphone with the OLED display will not go unnoticed as the company plans to get special Dynamic wallpapers to highlight this new display.

When iPhone 5c was launched, some dynamic wallpapers were added to iOS and they contain seven colours and seven backgrounds which are covered in light flare such that they move when you swing the smartphone. Well, it appears that Apple is about to update these dynamic wallpapers to reflect OLED qualities. 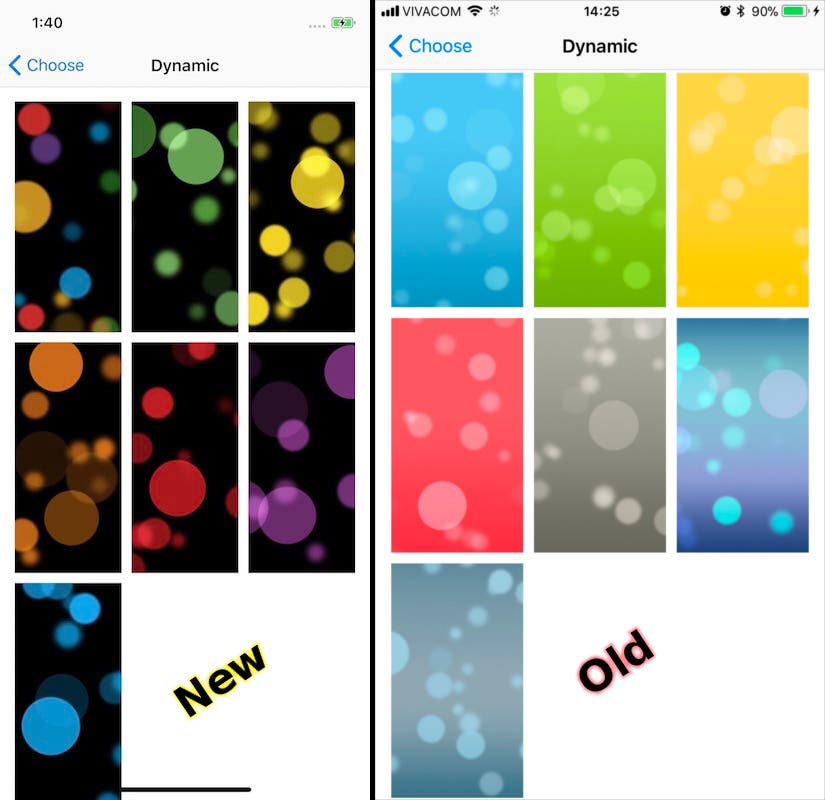 Benjamin Geskin, a leak expert, said that the renewed Dynamic wallpapers will include comparable images as background but with multiple lights glares spattered on the black coloured background. It appears that this new displays will replace the old ones. The question is “why not leave all 14 wallpapers?” Is 14 too much?
Apple’s iPhone X will be coming with a good display as AMOLED screen has many benefits. By turning the pixel off, a black colour can be made since the panels do not work with a backlight. This looks quite delightful such that many OLED phone users inserts dark theme and dark wallpaper on their devices to enjoy the natural blacks. Perhaps this is the reason why Apple is modifying its dynamic wallpapers because the older ones all have a lighter background.