Mediatek is betting on high specifications and low unit cost for a firm P40 success.

Mediatek is already seeing strong support from Chinese phone makers. Those include not only the smaller brands but some of the big names too such as Xiaomi, Oppo, Vivo, Meizu and others.

That support currently gives Mediatek a 15% market share, but analysts believe that this may jump to a solid 25% market share with the release of the Helio P40 chipset. 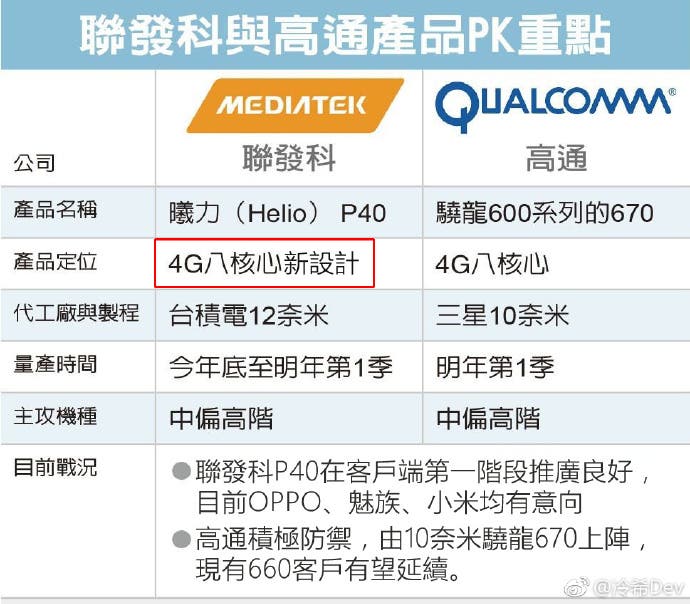 The P40 will mark a big stem for Mediatek and will be the first chip from the Taiwanese company to ditch the classic octacore configuration for an more modern cluster approach. The P40 has already been confirmed to have a first dual core cluster made of A73 cores followed by a secondary quad core cluster on A53 core.

It has also been revealed that the new chip will use a 12nm architecture, Mali G72 GPU and support LPDRR4 RAM. Mediatek currently has chipsets starting from as little as $10 a unit in its range, while it’s not been announced how much the P40 SoC will be priced at it’s sure to be significantly cheaper than the Snapdragon 670 it hopes to go up against.