HMD Global has begun sending out invites for smartphone launch in China a few days from now. The launch event will take on the 19th of October, and though the hero device of this event has yet to be revealed, we do have a few ideas of what will be launched.

One possibility is that Nokia will launch the upgraded Nokia 8 model with 6GB of RAM and 128GB of storage in China. Supporting this is a gif uploaded to their TMALL page showing off the bothie feature, which was featured heavily on the Nokia 8. 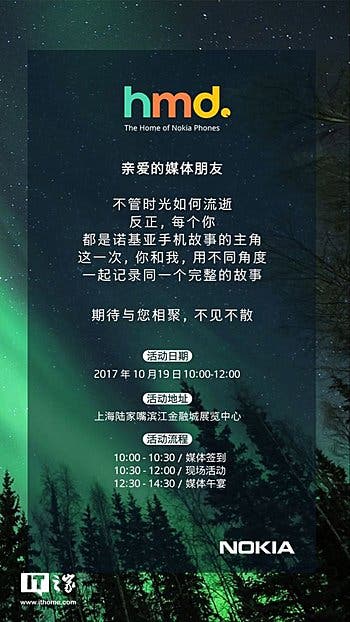 On the flip side, many are saying a brand new device called the Nokia 7 could be launched instead. The main supporting factors here are Nokia wouldn’t need a launch event for an upgraded model, and that the gif on their TMALL page says ‘qi’ which in Chinese refers to the number seven.

We only have a few more days before the launch event, so whatever gets released, we’ll get to see it not too long from now. What do you think will get launched at the event? Tell us your thoughts and opinions down in the comments section below.