Following few leaks and rumors, the sequel to Samsung’s Galaxy Tab Active is now official. The Samsung Galaxy tab active 2 has been announced by Samsung Netherlands and will hit the retail stores from late November for the price of €500.

The highlight of the device is its rugged body with military-standard MIL-STD-810 certification and IP68 water and dust protection. The device much the active Galaxy S series of smartphones, the new tab active 2 is shock, shatter, water, and dust resistance.

Cementing previous rumors, the rugged Galaxy Tab active 2 features Bixby home, Bixby’s voice as well as an S Pen stylus – which will slot into an integrated holder on the top of the bumper case. Below the display is a physical home button which doubles as a fingerprint sensor and is flanked by two navigation button.

The rugged tablet comes with a 5-megapixel camera and 8 megapixel front and rear camera with auto-focus, runs on Android 7.1 out of the box and powered by a removable 4,450mAh removable.

Combined with the new gyroscope and geomagnetic sensors, the Tab Active offers 2 Augmented Reality capabilities (AR). For example, AR can be used in the Galaxy Tab Active 2 for training or customer conversations. This way, new employees can learn in a realistic environment without being directly exposed to the true work environment.

other specs include an 8-inch LCD display with 1280 x 800 pixels resolutions and powered by Exynos 7880 SoC with a clock speed of 1.6GHz, coupled with 3GB of RAM and 16GB of expandable storage. Samsung says the display comes with improved technology for use with gloves and wet fingers. 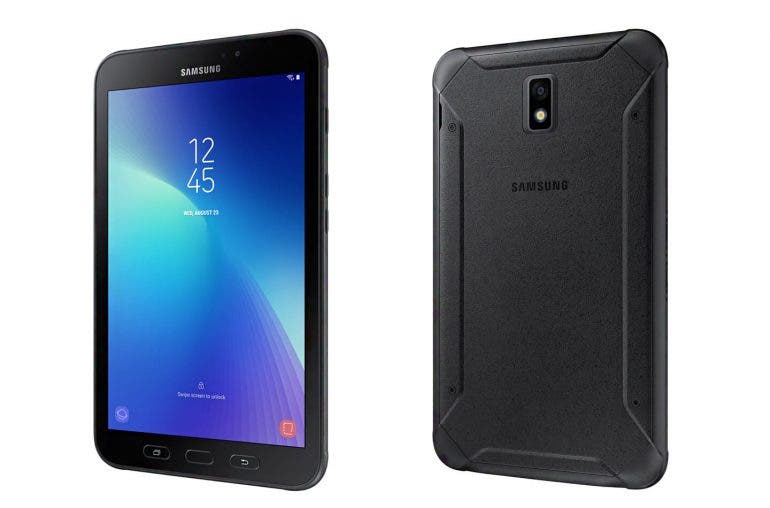 The device will roll out first in Europe and Latin America before heading for Asia and North America.

Next HMD Global sends out invites for October 19th launch