It appears Samsung mobile is on the verge of releasing a new (yet unannounced) smartphone, which has just surfaced on GfxBench. Benchmarked as SM- J250G, the device in question, without doubt, is one of the entry-level J2 family and appears to be a plus, prime, or pro variant of the Galaxy J2 (2017) which debuted in China and India some days ago.

The Benchmark listing reveals the SM- J250G is fitted with a 5-inch 960 x 540 pixels display and powered by a 1.4GHz Quad-core Snapdragon 425 chipset with Adreno 308 GPU coupled with 1.5GB of RAM and 16GB of expandable internal storage. Elsewhere on a GeekBench listing, the same device got a 666 score on Single-Core and 1750 in the Multi-Core test.

The listing further reveals that SM-J250G will come with a 5MP front-facing camera and an 8MP rear camera with auto-focus, face detection, HDR, LED flash and capable of shooting FHD(1920 x 1080)  video. The device is expected to boot Android 7.1.1 Nougat with Samsung UI out of the box. We are not sure what the battery capacity could be, but it is expected to be slightly above what the base J2 2017 offered. 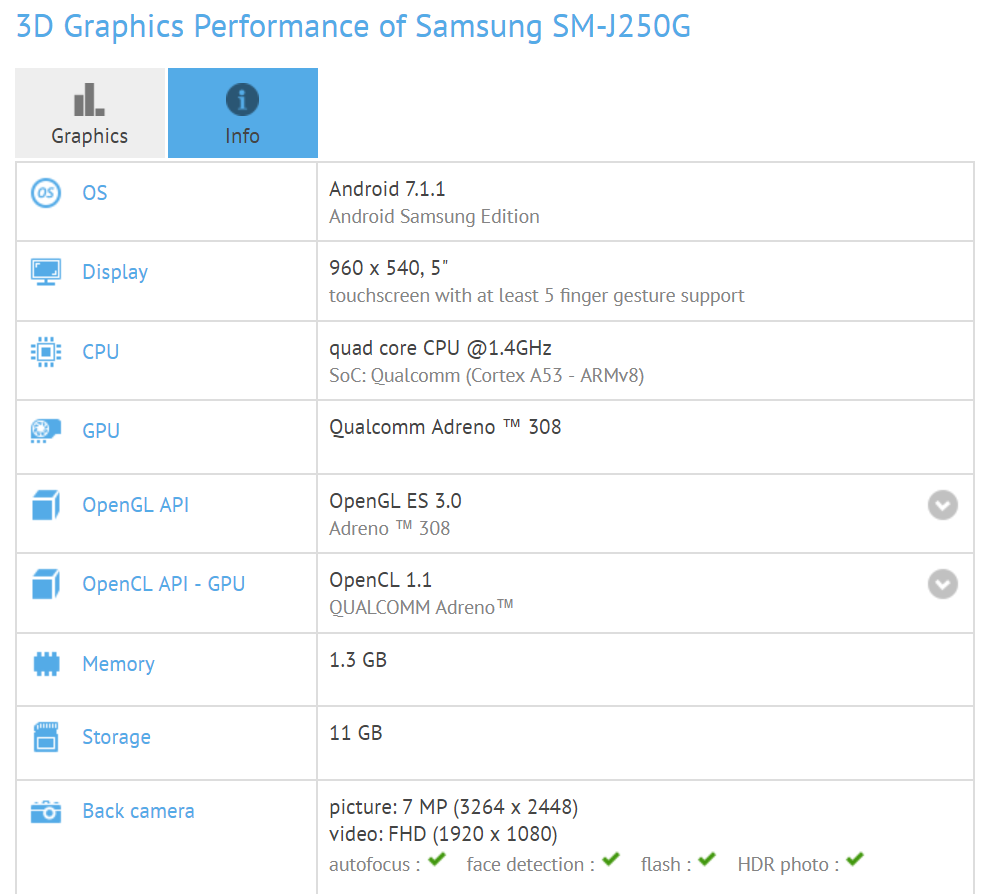 Previous Nokia 7 appears in schematics ahead of October 19 launch