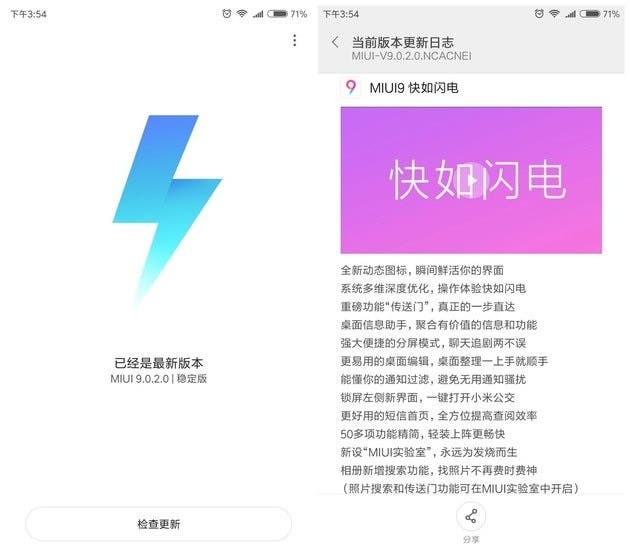 The screenshot that was posted shows a Mi6 running the MIUI9 Stable Version 9.0.2.0. MIUI9 will bring software-based facial recognition to the phone, meaning, your Xiaomi smartphone does not need to have any specific hardware to use facial recognition, it will be compatible will all the phones that receive the MIUI9 update. The update is expected to hit devices in the months of October-November.

About 3 months ago, Huang Longzhon, Deputy Director of Marketing, MIUI, said there are too many users currently on MIUI, and it would be disastrous to launch an unstable version of the OS as it might affect close to 300 million users. He said that if they do not face any obstacles, the update should be pushed to users in the next two months. It has been a while since the statement was made. The update might be on the way considering the leak and the timeline that was suggested. MIUI9 brings to table a lot of new features and we cannot wait to find out how well they work!

Previous Xiaomi Redmi Note 5, Redmi 5 Plus might hit the markets before November 11

Next Huawei Mate 10 gets more than 625,000 registrations on VMall