Earlier this month, Karbonn in collaboration with Bharti Airtel announced a new 4G smartphone called the Karbonn A40 Indian. Today, the company has further expanded its smartphone line up with the official unveiling of the Karbonn Titanium Jumbo.

Priced at Rs 6,490, the Karbonn Titanium Jumbo only major selling point is its 4000mAh battery that promises up to 400 hours standby, up to 16 hours talk time and probably a 8MP selfie camera.

On the specs front, the Karbonn Titanium flaunts a 5-inch IPS display with a resolution of 1280 x 720 pixels and powered by a quad-core processor coupled 2GB RAM and 16GB storage expandable up to 64GB.

For imaging functions, the Karbonn Titanium boasts of a 13MP rear camera with LED flash and a 8MP selfie camera upfront.

You can get the Android 7.0 Nougat based Titanium Jumbo smartphone across India in Champagne and Black color options with a price tag of INR 6,490. 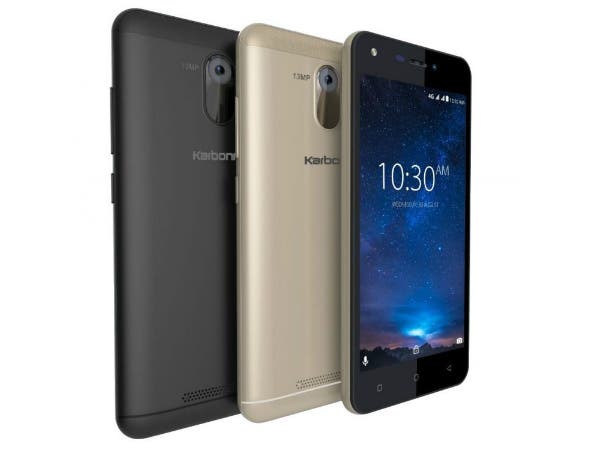 Previous Huawei Has Shipped Over 100 million Smartphones This Year