The competition in the manufacturing industry is becoming more intense and tech bigwigs need all loopholes to be covered in order to be on top of its game. We have heard that Samsung Electronics will study Apple’s TrueDepth Camera System and try to bring facial ID with its Galaxy S9 flagship. Now, Samsung’s patent for a Dual Wireless Charging Pad has been approved by the US Patent and Trademark Office (USPTO). Recall that back in September, Apple launched a similar device and it is believed that the Samsung version will work similarly. 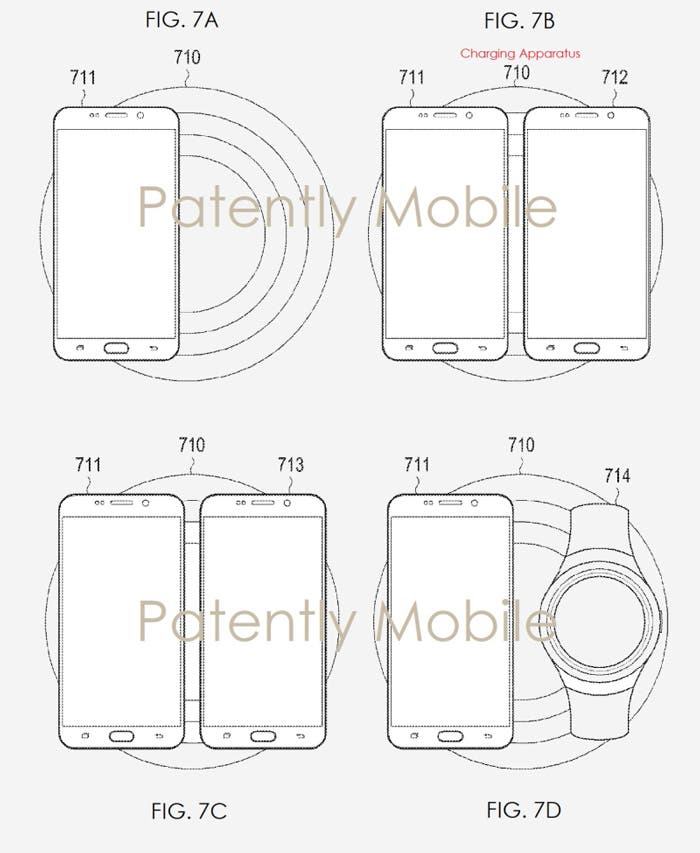 Looking at the configuration of this device, all Qi-compatible smartphone, tablet, and wearable will be compatible with this charging pad because it combines inductive and resonates modes of wireless charging, which are docile with the Qi standard. The two coils embedded with the device both supports inductive and resonate charging which means that users can easily switch between them. If this charging pad sees the light of day, it will be able to power the Galaxy- and Gear-brands like the Gear S3, Gear S, and Gear Sports products simultaneously.

When it comes to Samsung and patents, it is very important to say this. Samsung Electronics file for patents almost every day and hundreds of its applications are approved annually but only a few ever hit the market thus don’t be too expectant. However, wouldn’t it be nice to see such a product launch with the Galaxy S9? It will presumably put the Galaxy S9 in a better fighting position against iPhone X.