Oppo’s R11s has shown up in press images this morning with a feature that insiders are calling “Star Screen”.

Chinese phone makers fall into one of two categories. There are the brands who follow current trends, use similar designs and even similar naming conventions (look at all the ‘Mix’ phones on the market to see what I mean) and then there are Chinese phone brands who innovate and lead the way.

Oppo follows into the latter category and has never been a brand to follow the norm. Past innovative Oppo phones include the N1, a smartphone with rotating camera, the Find Series, and most recently the R range of handsets which offer style, performance, and fast charging. 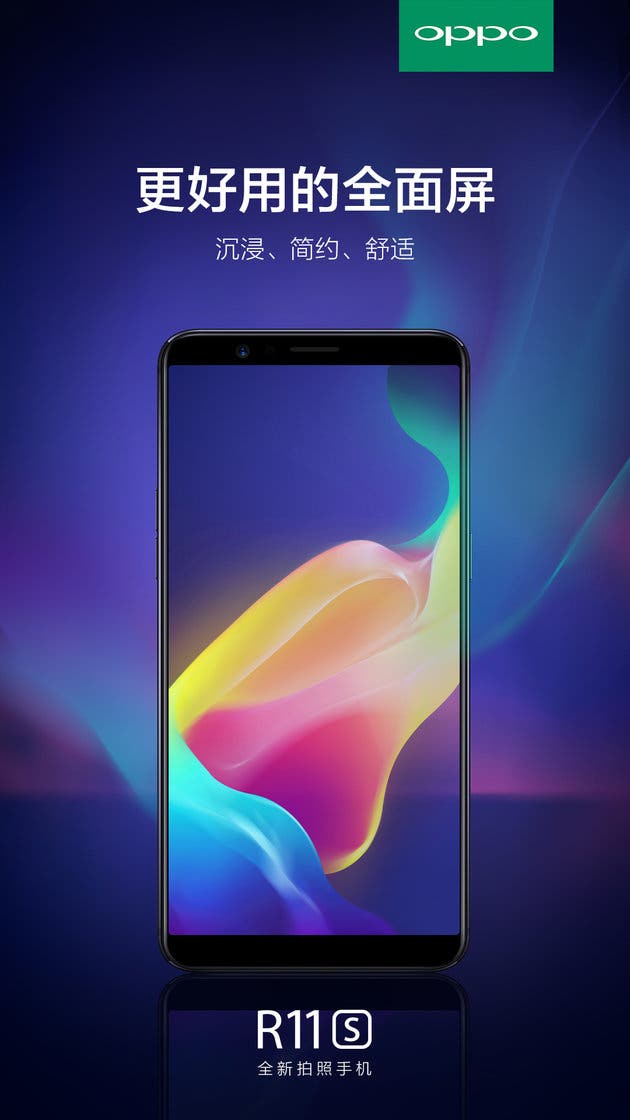 The next Oppo phone we are waiting to see the launch is an update on the R11, known as the R11s. The R11s has been in the rumor mill for a few months now, but finally, real teaser images and actual facts about the phone are being made public.

Today a new detail of the full-screen Oppo R11s was made public, something called the “Star Screen”. You see for Oppo to simply add an 18:9 display to the R11 wouldn’t be very innovative of them, so instead the brand is using the opportunity to test a new feature, unique to them. 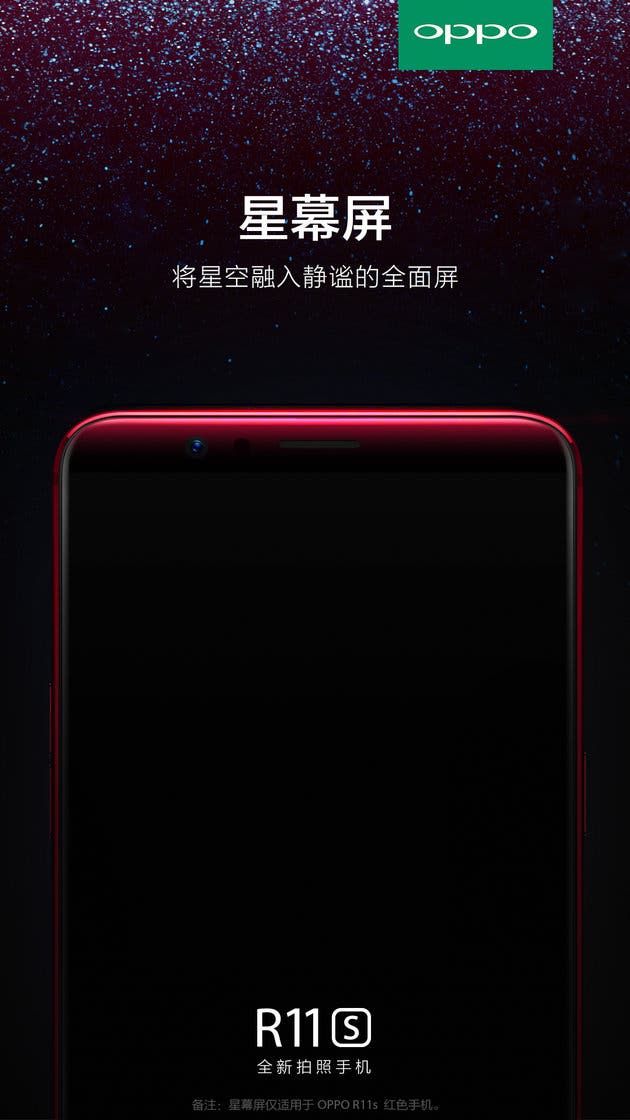 If you take a look at the images here you will see that the R11s appears to come in two guises. There is the simple 18:9 version which we assume will be the slightly lower spec phone, then we have the red phone. This red version is believed to have “Star Screen” technology, a feature that allows Oppo to build in a smooth gradient from the red metal body of the R11s and blend into the display of the phone.

The effect would give the R11s an organic look and would give the impression that the full display blends into the phone rather than is a component piece of the design. It’s also a feature that we expect will be very easy to replicate so don’t be overly surprised to see third tier phone makers also advertise a similar feature in the future.

We’re waiting on full details of the Oppo R11s but so far we expect the phone to retain a dual rear camera system like the R11 and also feature a rear fingerprint scanner. We also believe the new phone might see an update in processing power too.