In the end of 2016, the Chinese Giant, Huawei have submmited commits to AOSP, in order to implement a one handed mode. The committed code was the result of a work coming from the OEM’s developers.

Although all the work that Huawei had to implement the feature, Google’s denied it. To justify, Google report that due to a large number of conflicts the code weren’t ready for implementation in the OS. If one-handed mode was enabled, it would prevent any manual app installation. For those unaware, Android blocks installations when an app is actively drawing over others, and that was what Huawei’s approach was basically doing. 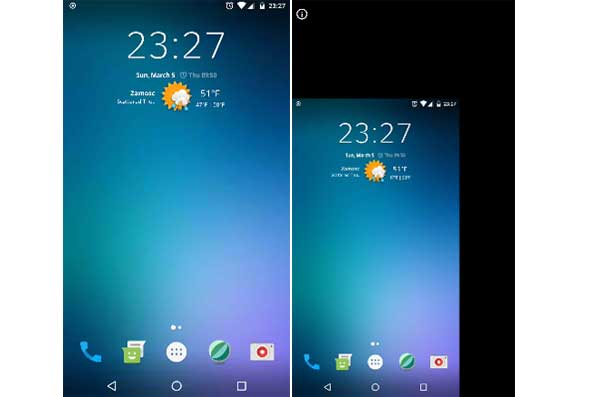 The original code, however wasn’t totally wasted. A few time later, LineageOS developers found out the code and brought it in a release of LineageOS 14.1. According to them, they were capable to address all the issues found in original code, allowing it to work seamlessly without any kind of conflict with Android System policy.

If you by any chance already have experienced the One handed mode found in EMUI, then you probably will notice some familiarities with the LineageOS implementation. Whenever the user swipes right or left over the home button, the one handed mode is triggered. It also adapts depending from the screen orientation in the moment that the trigger is pushed. There is even a shortcut for it the LineageOS, which can be enabled by setting it via custom button actions.

The stock Android is currently at the version 8.1 and Google doesn’t show any plans to implement such feature in OS. This forced some OEMs like Huawei to implement it by their own. Now with the advent of 18:9 aspect ratio, resulting in phones that are more and more taller, a system integrated one handed mode couldn’t more welcome.

Next Xiaomi arriving at Spain on November 7