HMD is slowly constructing its portfolio of Nokia devices. The company already have the entry, mid-range and flagship categories covered by distinct handsets. But the company aims to expand it even more with the rumored super entry Nokia 2.

In the past week we got a inception of the device pricing trough B&H retailers, which also confirmed a possible arrival to the US market. The phone codenamed as Nokia 2 TA-1035 was revelead to come in White or Black variants and to be Dual-Sim capable, for just $99. In a world of $999 smartphones, that’s what we call low price.

Today the same Nokia TA-1035 had its specifications leaked trough an Antutu screenshot that just arrived at our office. 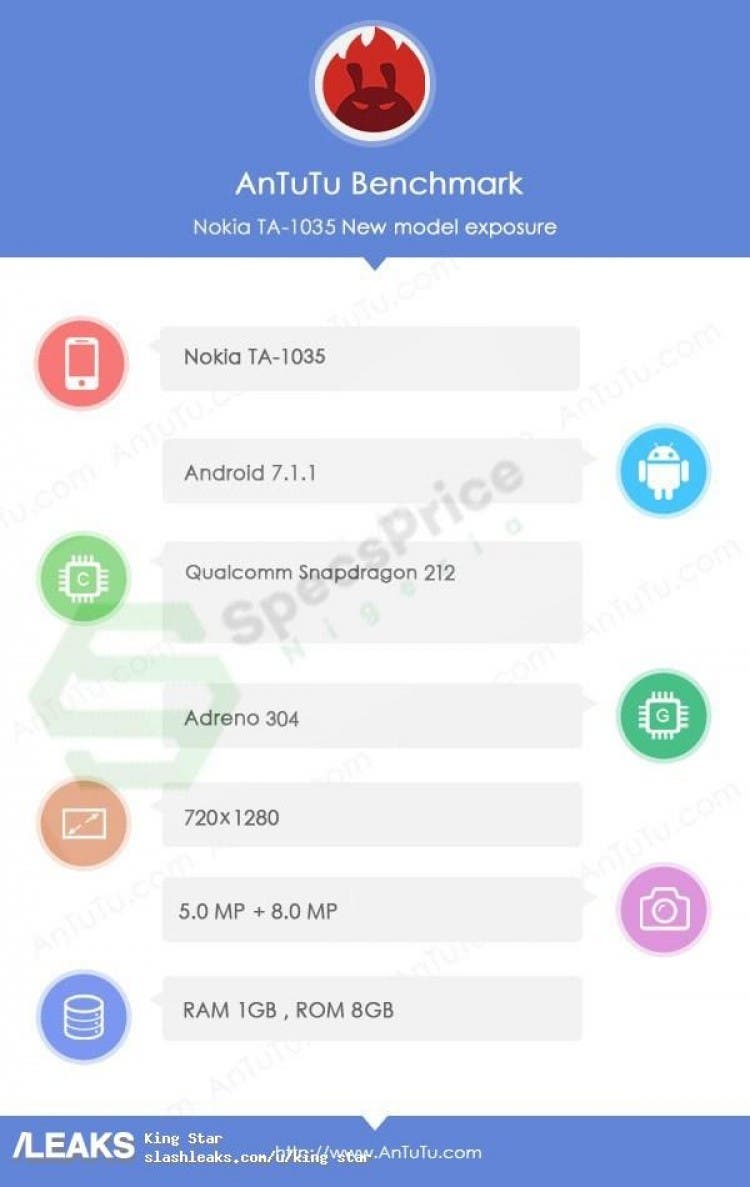 Trough the leak we can see the whole Nokia 2 specifications, the picture confirms our previous guesses of a really-entry smartphone. While some will be disappointed, we have to add that Nokia 2 surely won’t be a phone for everyone. But surely will fit for some entry markets or low demanding people.

The Nokia 2 will mark the comeback of Qualcomm’s Snapdragon 200 series, coming horsened by the Snapdragon 212 a 1.3Ghz Cortex A7 Quad-core built in the 28nm lithography. The device will come with 1GB of RAM alongside 8GB of onboard storage, we also presume the existence of a microSD slot in a device of this kind. 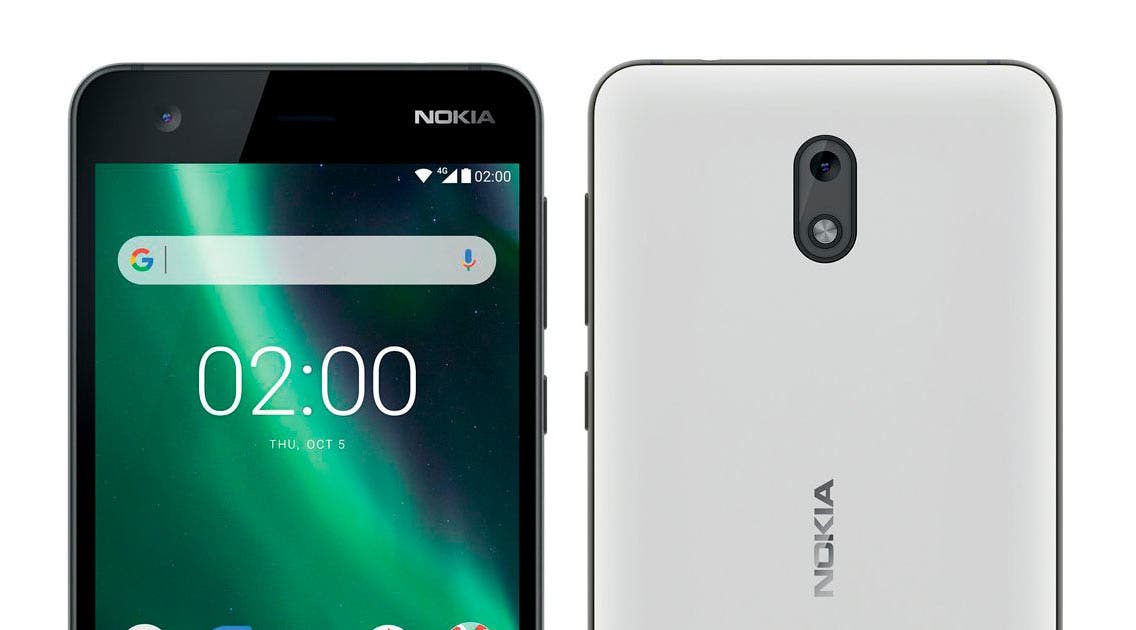 As mentioned before, we expect the Nokia 2 to come with a 4.5-inch display with the now confirmed 1280×720 resolution. That’s a good that HMD decided to stick with a HD display even in the smaller form factor, considering price ratio and others specifications. The device will sport a 8MP main camera and 5MP front snapper. But don’t expect bells and whistles coming from this handset cameras. Keeping the lights on, the Nokia 2 is expected to arrive with a generous 4000mAh battery.

As mentioned before, the Nokia 2 will not meet most of 2017 user’s expectations. But if there is a market for this kind of device, HMD is decided to supply their needs. For a $99 price tag, a generous battery life and a pocket-friend size, this also could fit as good backup phone for some.

The Nokia 2 is rumored to arrive on the next month. So keep tuned for more info about the low range smartphone.