A new ZTE phone with some very interesting specs and model number ZTE A0620 has been found listed on TENAA’s website. TENAA is China’s telecommunication certification body.

As per TENAA’s listing, the ZTE A0620 will come with all-metal unibody design measuring 147×71×8.5mm and weighing in at 160g. The device is expected to come with with a single rear camera with LED flash, a rear fingerprint sensor and interestingly will pack a massive 4,870mAh battery.

On the display front, the device is listed as featuring a 5.2-inch HD display and powered by a 1.4GHz octa-core processor. Furthermore, the ZTE A0620 will be available in three RAM and two storage options: 3GB, 4GB, 8GB RAM combined with 32GB and 64GB storage options which should further be expanded up to 128GB using MicroSD Card.

At the rear, TENAA listing revealed the device will come with a 13 MP camera with LED flash, while a 5MP sensor can be found on the display front. Other specs include the usual set of connectivity options including 4G LTE, Wi-Fi, Bluetooth, GPS. Gravity sensor and will boot Android 7.1.1 out of the box.

The ZTE A0620, when announced, should come in Black, Silver, and Gold color options. Since this device has been certified by TENAA, it will definitely be released in China, but the exact date or pricing are not known. 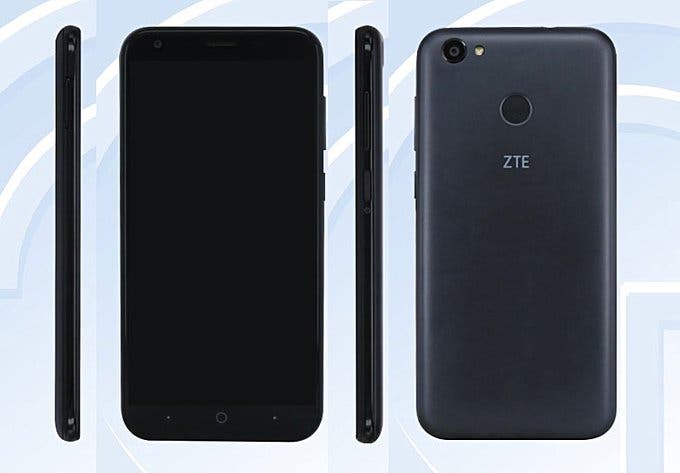