Hot on the heels of the Oppo F5 release and at about the time we keenly expect the bezel-less Oppo R11s and R11s plus, a new bezel-free Oppo phone dubbed Oppo A73 has been spotted on TENAA with images and detail specifications.

The device according to the images obtained from TENAA  adopts a bezel-free design featuring a thin bezel on top and with no trace of bezels on either left or right side, or at the bottom. The rear carries a single rear camera with LED flash, a fingerprint scanner and of course an oppo branding.

As per TENAA listing, the Oppo A73 is tipped to come with a 6-inch FHD+ display with1080p resolutions and an aspect ratio of 18:9. The device will be powered by an unknown 2.5Ghz Octa-core chipset paired with 4GB of RAM and 32GB of onboard storage. The Tenaa listing also revealed that the Oppo A73 will come fitted with a 13MP rear camera, while the front-facing camera will get a boast up to a 16MP camera. A 3,115mAh battery, as well as Android 7.1.1 Nougat OS, were also confirmed by the listing. 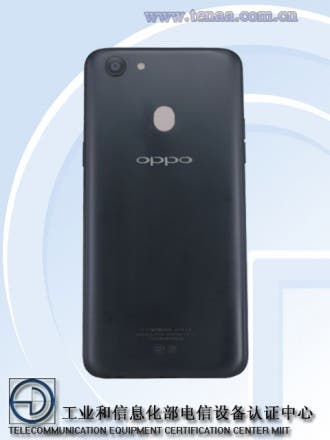 We’re not certain when the device will be made official, but given its approval by TENAA, it is probable Oppo might release device in the coming days alongside the R11a and R11s plus.