In the lead up to the November 1 unveiling date, it appears a fellow at 3G UK has spilled the bean a little early on what is supposed to be secret until November 1. As reported by slashleaks, the carrier has prematurely outed the image and basic specs of the upcoming Razer phone.

The leaked photo in question shows the display front of the razer phone, and even though the image is of low quality, some things are pretty obvious: first, there are heavy chunks of bezels on the chin and at the top, while the left and right sides manage to accommodate little bezels.

As for specifications, the carrier simply affirms some of what we already know as it was earlier revealed through GFXBench listing.

The Razer phone is expected to come with a 5.7-inch display with a 2560×1440 resolution, thus not following the 18:9 trend. All the power is ensured by the powerful Snapdragon 835 paired with 8GB of RAM. Other phones already have hit the 8GB RAM mark, like OnePlus 5 and Asus Zenfone AR, but we are amazed to see Razer offering this on their first hit. 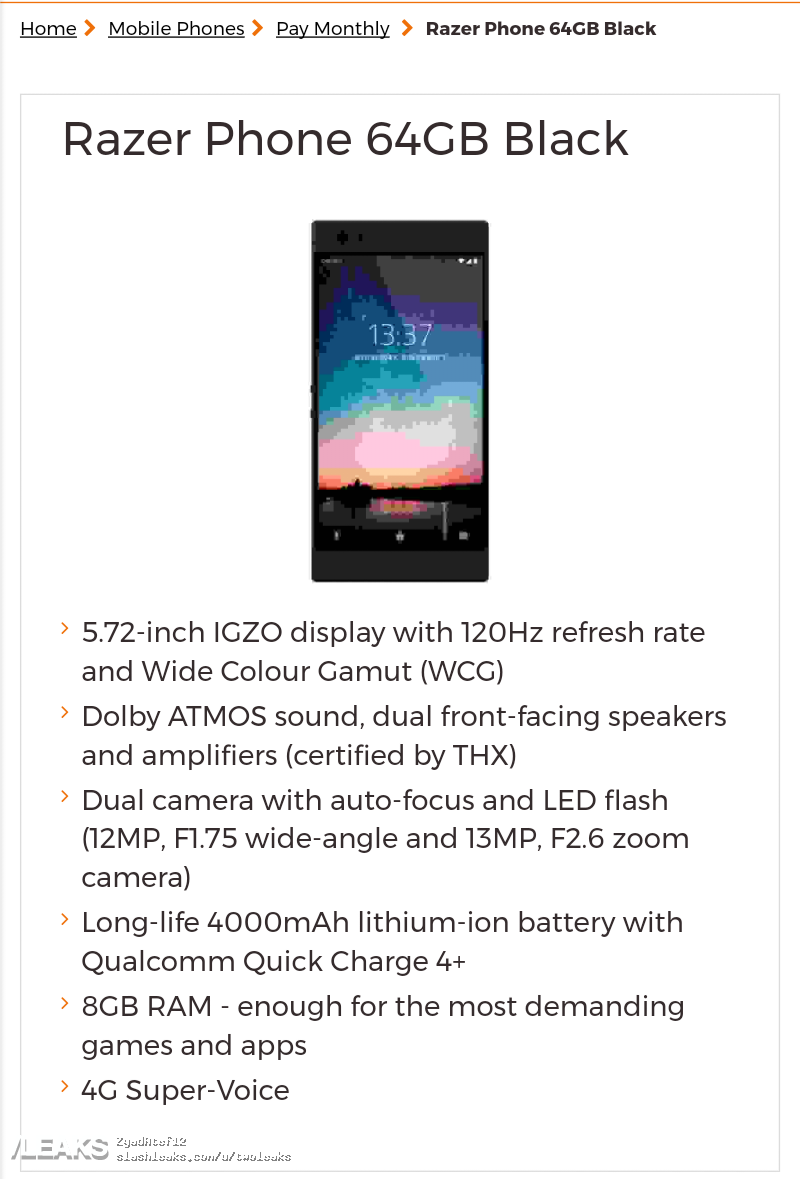 Contrary to earlier reports which suggested a single rear camera, the latest leak hints at a dual rear auto-focus camera with LED flash and a single front camera. The device is also tipped to come with Dolby Atmos sound, dual front facing speakers and amplifiers and will be powered by a 4000mAh battery with Qualcomm quick charge 4.