Gionee mobile announced the M7 Power and Big Gold Steel 2 smartphone earlier in September without a word on the plus variant which we are used to at least with previous iterations of the M series. Now it appears it is gearing up to introduce a new phone, dubbed Gionee M7 Plus if new image leaks are deemed to be legit.

The new leak comes just hours before the Gionee M7 launch event in India, fueling speculations that the device might be announced alongside the M7 power.The Gionee M7 plus if it becomes a reality could be the most premium of the M7 variants.

From the leaked images, it is pretty obvious the device has a huge display as well as a high screen to body ratio. The screen is rumored to be a very large 6.43 inches with the industry’s hottest 18: 9 full-screen design, and that suggests that the smartphone would sport a back side fingerprint scanner, as indicated again by the rear view below.

From the leaked images, the device will come fitted with dual cameras with LED flash on the rear and a fingerprint sensor below. Interestingly, behind the phone, we can see an eye-catching decoration dominated by leatherback while the camera and fingerprint area is finished with a gold plated stainless steel material, fueling speculations that the device may support wireless charging. 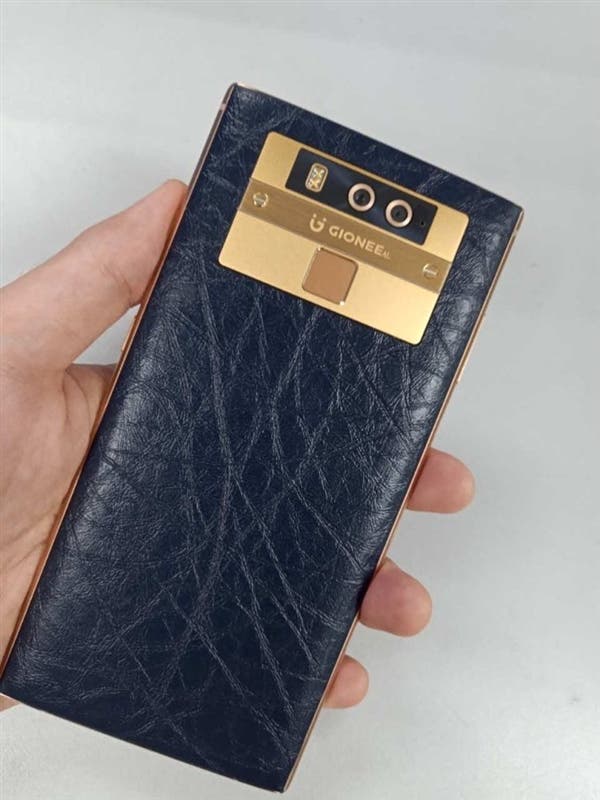 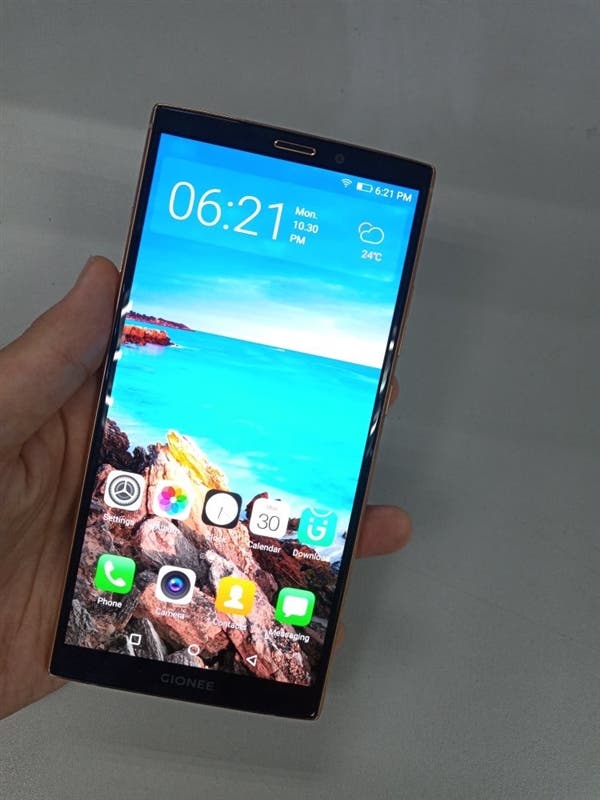 While we are not sure of the Gionee M7 plus other internal configurations, the device according to a source is expected to be made official later this month.