The OnePlus 5T rumors are agitating the web on the past few weeks. Now OnePlus seems to be taking advantage in all the hype created around the handset to push forward its upcoming flagship roots in everyone minds.

Few days ago the company made a tweet to praise the 3.5mm headphone jack presence on the upcoming flagship. This was the first time that company confirmed, even with some ambiguity, the arrival of the new handset. Now, OnePlus took the platform to tease us even more.

The Following picture stack both OnePlus 5 and OnePlus 5T together. What you can see in the picture is the rear of OnePlus 5 hiding the entire silhouette of OnePlus 5T which rests below its younger brother.

Obviously there’s no much we can see about OnePlus 5T just by looking to this picture, but if you look carrefully you’ll notice a slightly bigger body. According to previous reports OnePlus 5T will come with a bigger 6-inch FHD 18:9 display, so that can explain the difference.

Lastly but not least, the company also put the following hashtags in the tweet: “5Tacked #OnePlus5 #OnePlus5T”. If Oneplus 5T still remained as doubt in some of your hearts, there’s no more denies or doubts. It will certainly come.

Taking carriage on all the OnePlus 5T leaks, another picture showed up around the web yesterday, this time, allegedly showing up the OnePlus 5T display. Looking the picture you can also see the OnePlus 5 laying aside in charging dock. 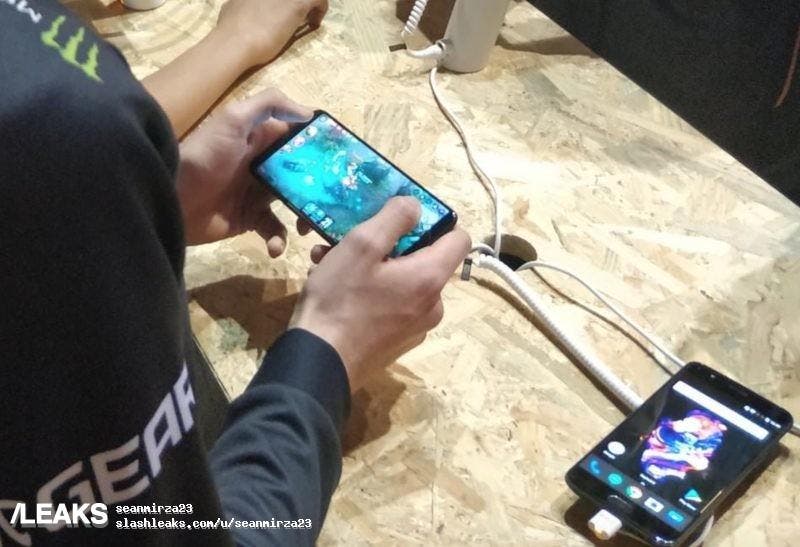 Although the handset in this picture is claimed as the OnePlus 5T, there are chances of this not being the case after all. It could easily be the Galaxy S8, which will definitely share some semblances with the upcoming OnePlus 5T based on leaked renders. So we advice to digest the above picture with a pinch or two of salt.

The OnePlus 5T release date is yet to be confirmed, judging by OnePlus recent posts we expect it to be made very soon. However, for now rumors appoint the unveil to happen on next November 16.