Though many Chinese smartphone makers are gaining momentum nowadays, the Cupertino-based market leader, Apple still provides the bestselling phone in Q3, 2017. Today, Canalys published data concerning the top 5 smartphones and top 5 smartphone vendors in the world. The results are not surprising, but there are models we didn’t expect to appear on the list. 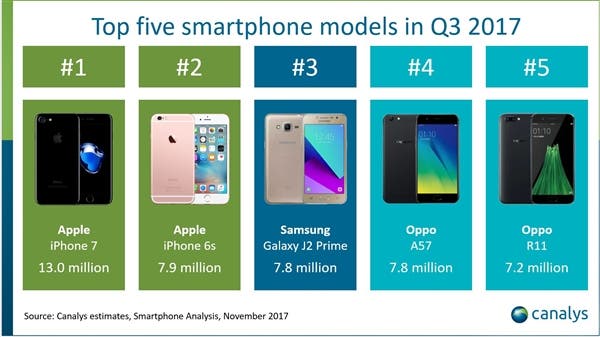 According to the source, the Apple iPhone 7 is the bestselling smartphone with shipped 13 million units. Its sibling, the iPhone 6SE is the second with 7.9 million sold units. As you see, the iPhone 7 is the absolute leader and it has been shipped in the way more quantity than the phone landed in the second position. The Samsung Galaxy J2 Prime has been sold in the quantity of 7.8 million. The phone in the fourth place, the Oppo A57 has an identical result. Finally, the Oppo R11 that is considered to be the worthy successor of the Oppo R9s has been shipped in 7.2 million units.

The iPhone 8 and iPhone 8 Plus have been launched in September. And they have had all chances to be included in this list. But the regular model was sold in 5.4 million units, while there were shipped 6.3 million pieces of its sibling. So we can make two conclusions: 1) the iPhone 8 Plus is more popular than the standard model, 2) the newly launched Apple phones will lead the Q4 list. 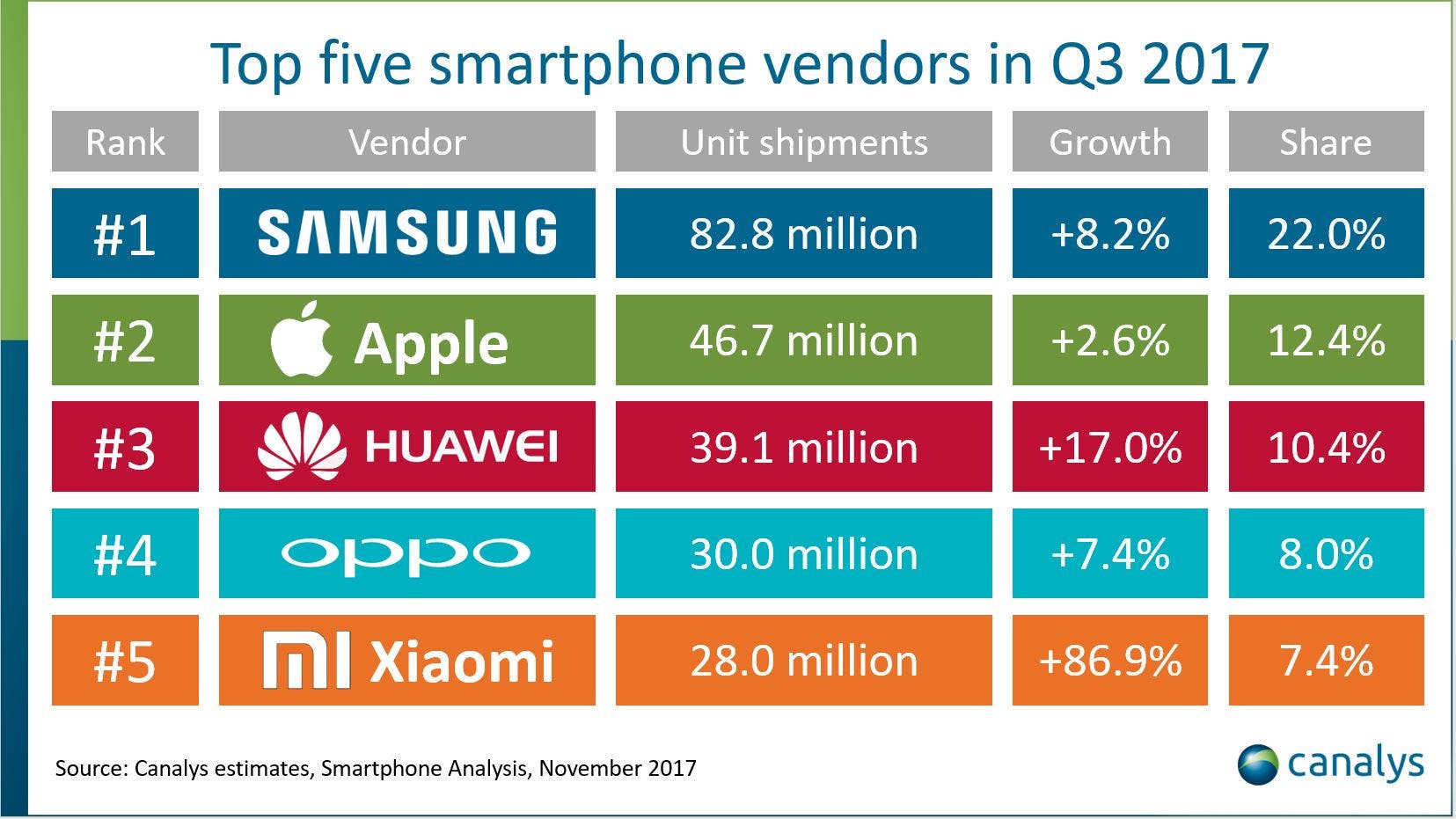 Finally, as for the top 5 smartphone vendors around the globe, Samsung still leads the list. It has sold over 82.8 million phones in the Q3, 2017. It’s followed by Apple with 46.7 million units. The rest three companies come our way from China. They are Huawei with 39.1 million sold smartphones, Oppo with 30 million pieces, and Xiaomi with 28 million sales result. Especially, the latter deserves an attention – it’s the only smartphone maker in the world raised from a failure.

Next Apple plans to Launch an Augmented Reality Headset in 2019

Download and install Android 10 on an iPhone? It’s possible

iPhone 7 is still the most common iPhone model