Fresh reports show that Samsung Galaxy A5 (2018) has stopped by FCC to get approval for sales in the US. This listing with model number A530N shows that the smartphone will sport a dual-band Wi-Fi support but this is not a big deal anyway as it is an easy guess. In addition, it revealed that the Galaxy A5 will have an e-label for its FCC-mandated disclaimers. This should expunge some unwanted icons from the rear of the smartphone. Unfortunately, this is about all that was revealed by this appearance but we already know a huge chunk of this device, many thanks to previous leaks. 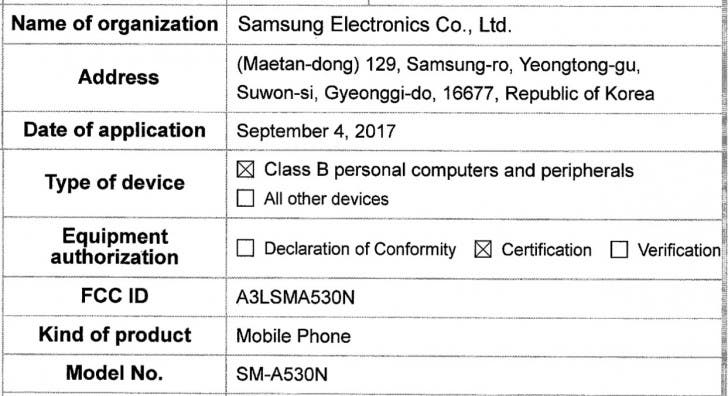 From previous speculations, the Galaxy A5 (2018) will be powered by an Exynos 7885 chipset coupled with 4GB of RAM. It will be equipped with a 5.5-inch screen with 1080 x 2160 pixel resolution. At the rear, there will be a fingerprint sensor which will be located well below the camera for better convenience.