Last week, a public beta of Oreo update was released in the  UK, US, and South Korea. This update is currently in testing and some of the testers have confirmed that the firmware is crushing a host of bugs. This 610MB update brings the October security patch and some other new features. New styles for the clock on the Always On Display, transparency settings for the notification shade, and stability upgrades for Launcher and DeX station all come with this update. 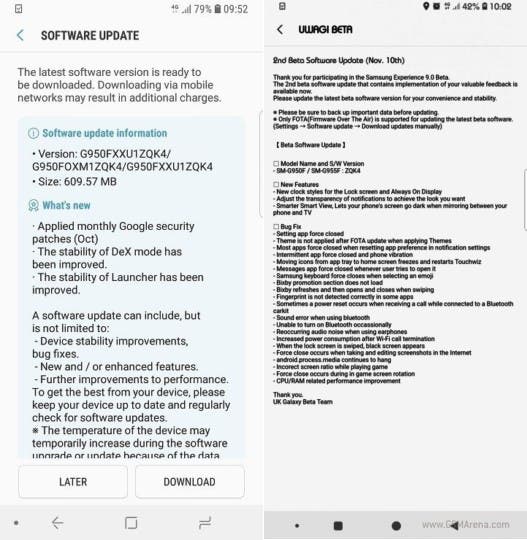 This is only the first wave of beta testing and the second wave of countries to test this update includes Germany, Spain, France, Poland, India, and China. It will still take some time for the official Oreo update to arrive the Galaxy S8 and Galaxy S8+, although a Samsung Turkey official said it will probably arrive in early 2018.

Previous Size of "Inactive Apps" Will Be Reduced In Android 8.1