Last week we have informed you about the upcoming release of the new Leagoo T5c phone, but with its CPU we actually guessed wrong. But to our defense, if you see “8-core” CPU in a description of lower midrange model, you are automatically guessing MT6750. But that’s not the case here, because the T5c will be actually world’s first with the Spreadtrum S9853i processor.

Spreadtrum S9853i CPU is coming from the chinese Intel’s partner company and it’s based on pretty modern 14nm FinFET technology and the 64-bit Intel Airmont architecture. It has eight Intel X86 cores clocked at 1.8 GHz, Mali-T820MP2 GPU and the Antutu benchmark results are showing it should be roughly 40% more powerful than the MT6750. Not bad at all. 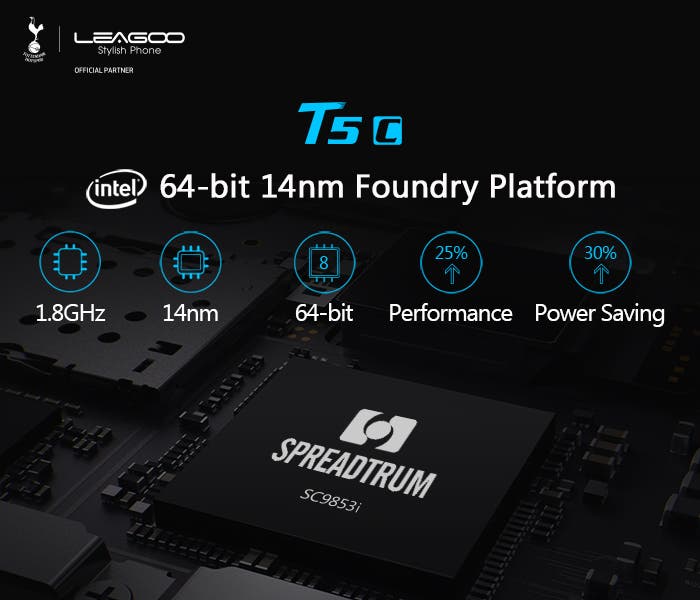 Aside from the new CPU the Leagoo T5c will be equipped with 5,5-inch Sharp FHD IPS display, 3 GB RAM, 32 GB of internal storage, dual rear camera Samsung 13MP + OV 2MP, LG 3000 mAh battery with 5V/2A quick charge and and the similar metal design as the T5 brother with the front facing fingeprint scanner. 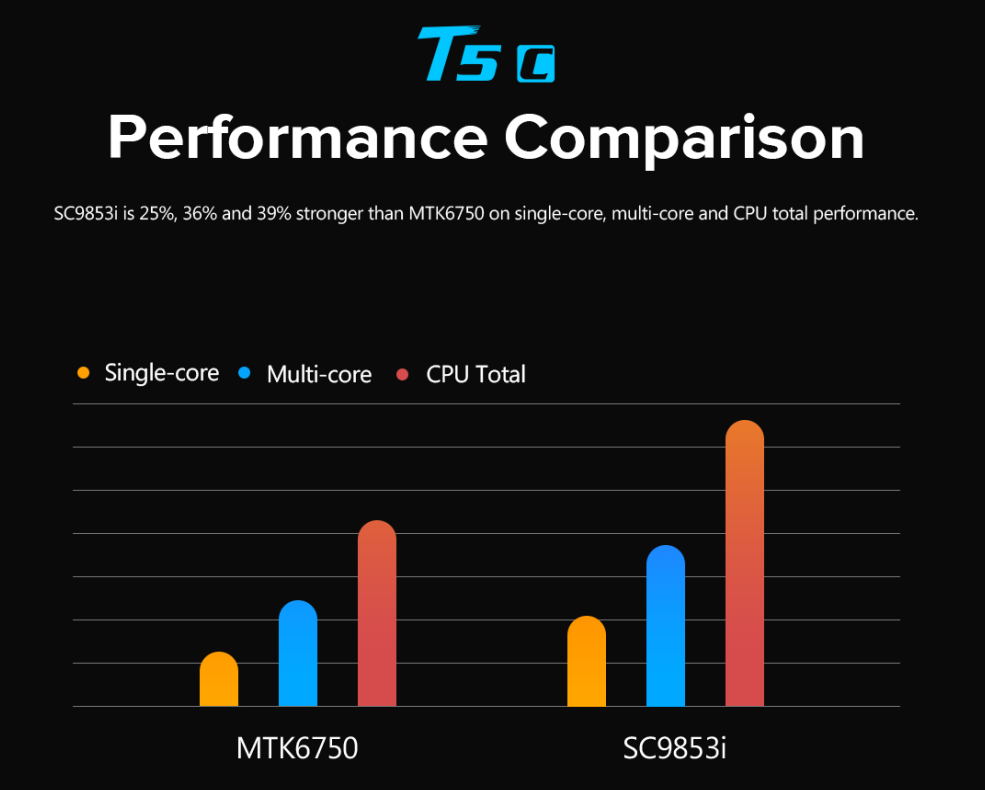 Leagoo T5c is aiming for the lower midrange segment of the market and the price is looking quite competitive for that with the retail number sitting at $129.99. It should be launched soon with shipments expected to head out around December 5th. And currently you can snap Leagoo T5c at only $1.99 with the official reservation, but you would need to be quite lucky of course.