Samsung has debuted the Galaxy Tab A (2017) in South Korea finally after launching it in countries like the US. The Tab A (2017), although being an entry-level product, still manages to bring in some premium features to the refreshed A line of devices. 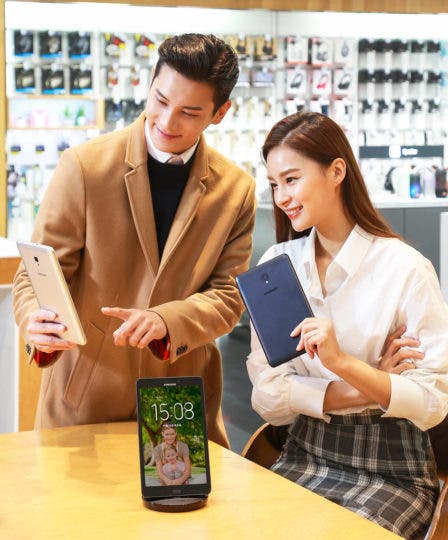 One of those features is a premium metal design. The 8-inch tablet is made up of a smooth metal back and rounded corners to give it an eye-catching look. The new tablet is 8.9 mm thin and weighs 360 g. If you are interested in dimensions, the tablet is 8.35 inches long and 4.89 inches wide.

Another premium feature bundled inside the software is Bixby. More specifically, it has both Bixby Home and Bixby Reminders as well. Although you won’t find a dedicated key for the infamous AI assistant on the tablet. In short, it is similar to the versions offered in the Galaxy S8 and S8 Plus. The tablet doubles up as a photo frame, thanks to Samsung’s built-in Home mode feature. It can show up to 50 photos and show other useful info such as weather, time and calendar when put in charge. 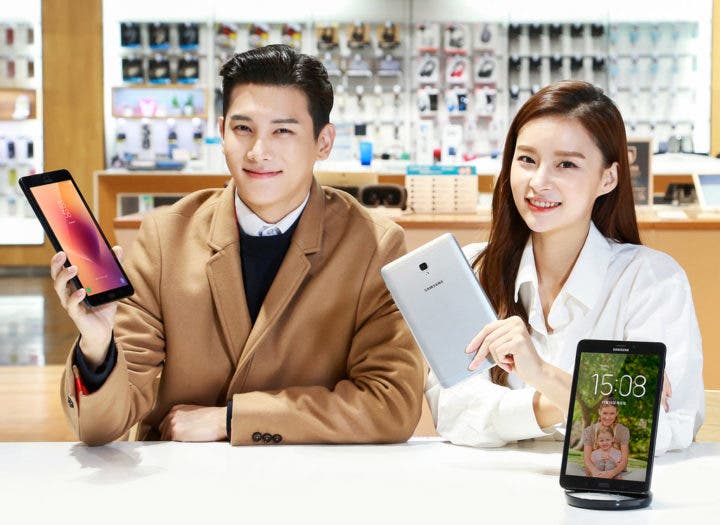 In terms of specs, you aren’t seeing much upgrades here. The Tab A (2017) possesses an 8-inch WXGA display with 1280×800 resolution. While other countries have received a Snapdragon 425 chip, the Korean version specifies an unknown processor clocked at 1.4 GHz. The processor is assisted by 2 GB of RAM and 16 GB of storage (expandable to 256 GB).

Tablets are not actually used much for photography. Hence, we can’t complain much about the basic 8 MP rear shooter and the 5 MP front selfie snapper. The power needs of the tablet are satisfied by a 5,000 mAh juice pack which can deliver at least a day of moderate use. Speaking of software, you’ll be getting Android Nougat out of the box, mixed up with Samsung’s own skin.

Samsung has a WiFi and 4G variant of the Galaxy Tab A (2017) which also launched in India previously. Both have little price differences. The Wifi variant will sell for 264,000 or $240 while the 4G variant will cost $40 more and is available for purchase right now.

Next Xiaomi opens up third Mi Store in Malaysia