As we get closer to winter holidays – or Christmas for those who celebrate it – you are probably thinking of buying yourself a nice and powerful flagship phone. If you have a budget of up to $500, then here you’ll be finding the top 5 Chinese smartphones you can get while staying below that price tag; keep reading!

At less than a day from its official launch and with a $499.99 price tag, the OnePlus 5T has probably become the best smartphone you can currently get from China. The phone still sports the same Qualcomm Snapdragon 835 processor paired with 6GB of RAM and 64GB of internal storage but now features the trendy “full-screen” design with very slim top and bottom bezels.

The OnePlus 5T also rocks a new and larger 6.01-inch Full Optic AMOLED screen with an 80.5% screen-to-body ratio and 18:9 aspect. Another big difference is the in the camera department, we now have a 16MP main shooter with F/1.7 and a secondary 20MP sporting the same wide aperture, the latter is said to come in use in low light situations. As far as selfies go, we find the same 16MP snapper we had on the 5.

Lastly, battery capacity has been increased to a nice 3300mAh with super fast Dash Charge support (20W), it runs OxygenOS based Android 7.1.1 Nougat OS and works on pretty much any 4G LTE network around the globe.

Another smartphone still going strong is the Xiaomi Mi 6. While this device hasn’t had a huge success mostly due to its unexceptional design and lack of a 3.5mm jack, the Mi 6 is still a beast of a phone rocking a Qualcomm Snapdragon 835 CPU, as well as 6GB of RAM and a whopping 128GB of internal storage – all of that for less than $500.

Xiaomi’s phone is also a great option for those looking for a smaller device as it sports a 5.15-inch Full HD display. The Mi 6 then comes with two cameras on the back, with a primary 12MP shooter with F/1.8 aperture and OIS, accompanied by another 12MP telephone camera. Using the two of them you’ll be able to create photos with a shallow depth of field effect when in portrait mode.

Powered by the same Qualcomm Snapdragon 835 processor, this time paired with 8GB of RAM, 64GB of storage and still costing less than $500, we have the Nubia Z17. Alternatively, you could also get the 6GB RAM / 128GB storage version for around the same amount of money.

The Nubia Z17 sports two rear cameras which are a 23MP shooter with F/1.8 aperture and OIS (Optical Image Stabilization) for the primary and a secondary 12MP with 2X optical zoom. The selfie camera can snap 16MP photos, sports a BSI sensor and F/2.0 wide aperture.

Nubia’s Z17 comes with a big 5.5-inch Full HD IPS display coated in 2.5D glass, a 3200mAh battery (compatible with Quick Charge 4.0) and 4G LTE connectivity with band 20 support. The smartphone only disappoints under one factor, the lack of a 3.5mm headphone jack, but it looks like everybody is going that route either way.

Upgrading from the Oppo R11 from last month, we now have the Oppo R11s, a bigger and more 2017-looking model that sports quite different hardware, aside from the Snapdragon 660 CPU, 4GB of RAM and 64GB of storage.

Camera wise, we have a primary 16MP Sony IMX398 rocking a wide F/1.7 aperture and a secondary 20MP Sony IMX350 telephoto camera featuring the same F/1.7 aperture; meanwhile the selfie snapper has 20MP resolution and F/2.0 aperture. The smartphone can shoot 4K videos at 30fps or slow-motion ones at up to 120fps.

The R11s supports a plethora of 4G LTE networks, but unfortunately it does not feature band 20. 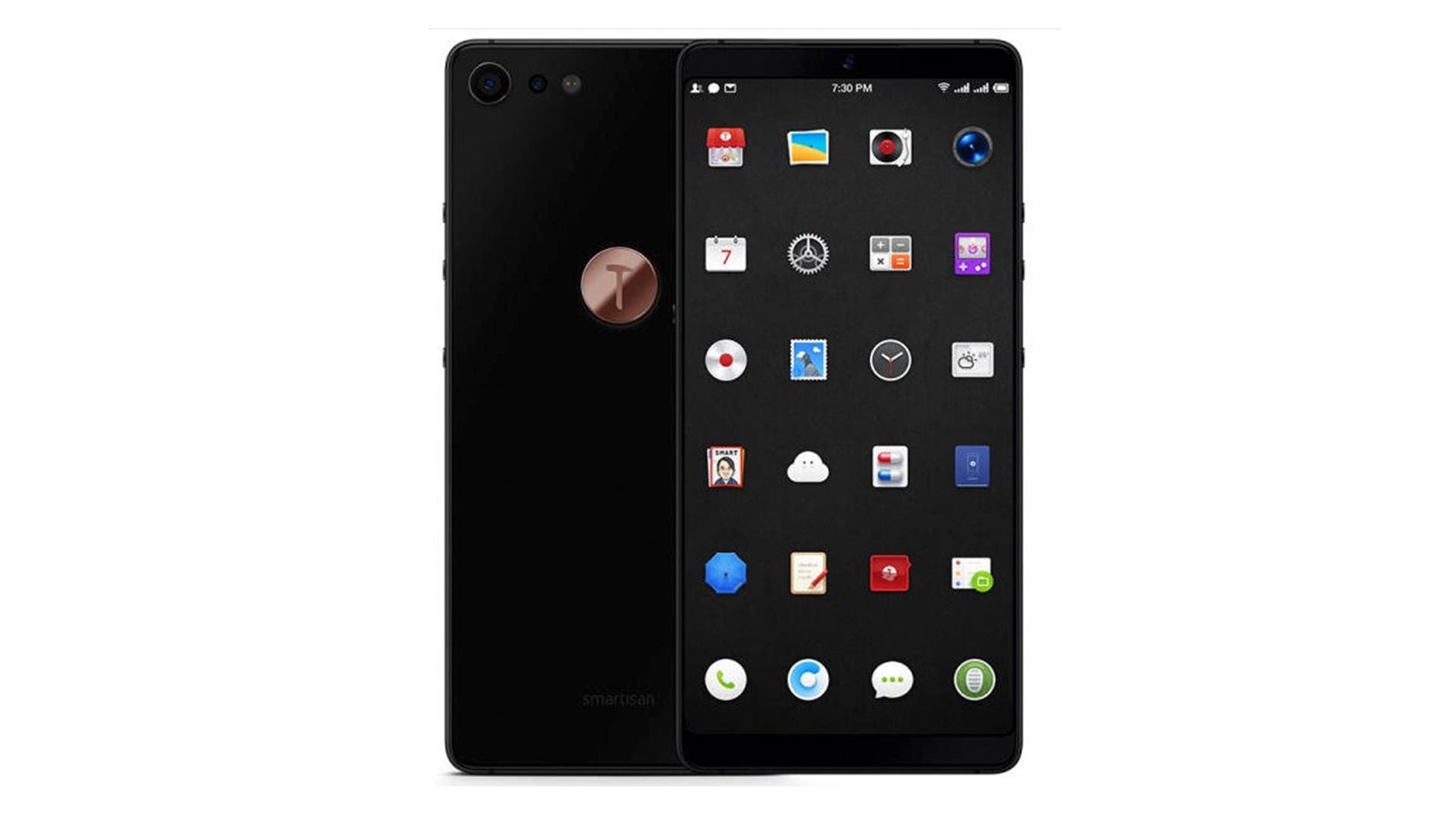 Last but not least, we have a really interesting device coming from Smartisan – the Nut Pro 2. The Chinese company that first began as software developers has recently launched their latest flagship phone, sporting mid-range specs paired with a premium design and build quality.

The Smartisan Nut Pro 2 – in its cheapest version – comes with a Qualcomm Snapdragon 660 processor, 4GB of RAM and 32GB of internal storage. The handset sports a large 5.99-inch FHD+ display with the trendy 18:9 aspect ratio, a 12MP Sony IMX386 main camera with F/1.8 aperture, 4K video recording capability and a secondary 5MP shooter to grab depth info and create photos with a shallow depth of field. The front-facing camera is instead 16MP and sports an aperture of F/2.2.

Smartisan’s phone is fueled by a good sized 3500mAh battery with Quick Charge 3.0 support, runs Smartisan 4.1 OS on top of Android Nougat and works on a wide variety of 4G networks, but band 20 isn’t among them. 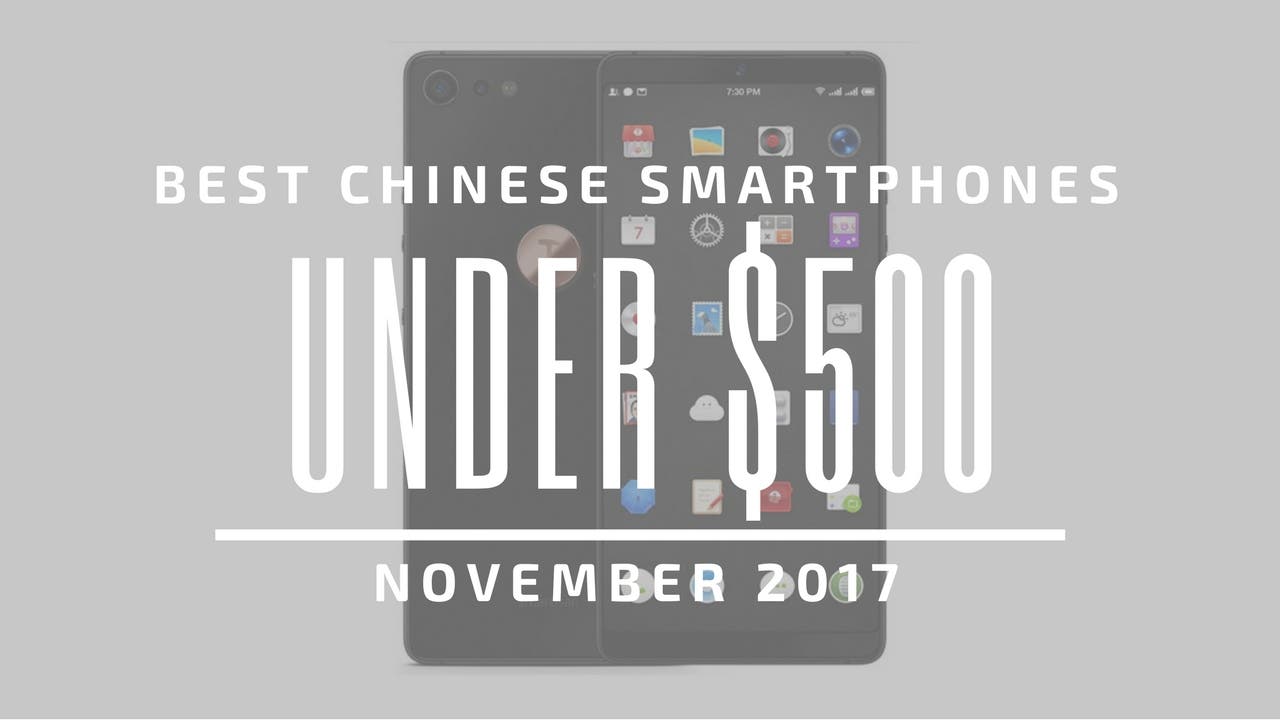 This concludes our list of top picks for the month of November. Did you guys find your next flagship phone among the ones above? Or would you have liked to see other devices on the list? Let us know in the comments below!