We – here in Gizchina- love newcomers in the smartphone market, especially if they aim high and prove to be bold in their first tries in the sector. It seems that JESY (a new Chinese company) is one of these companies and their first rugged device that goes by the name JESY J9S could prove to be a powerful contender in this specific category of smartphones. 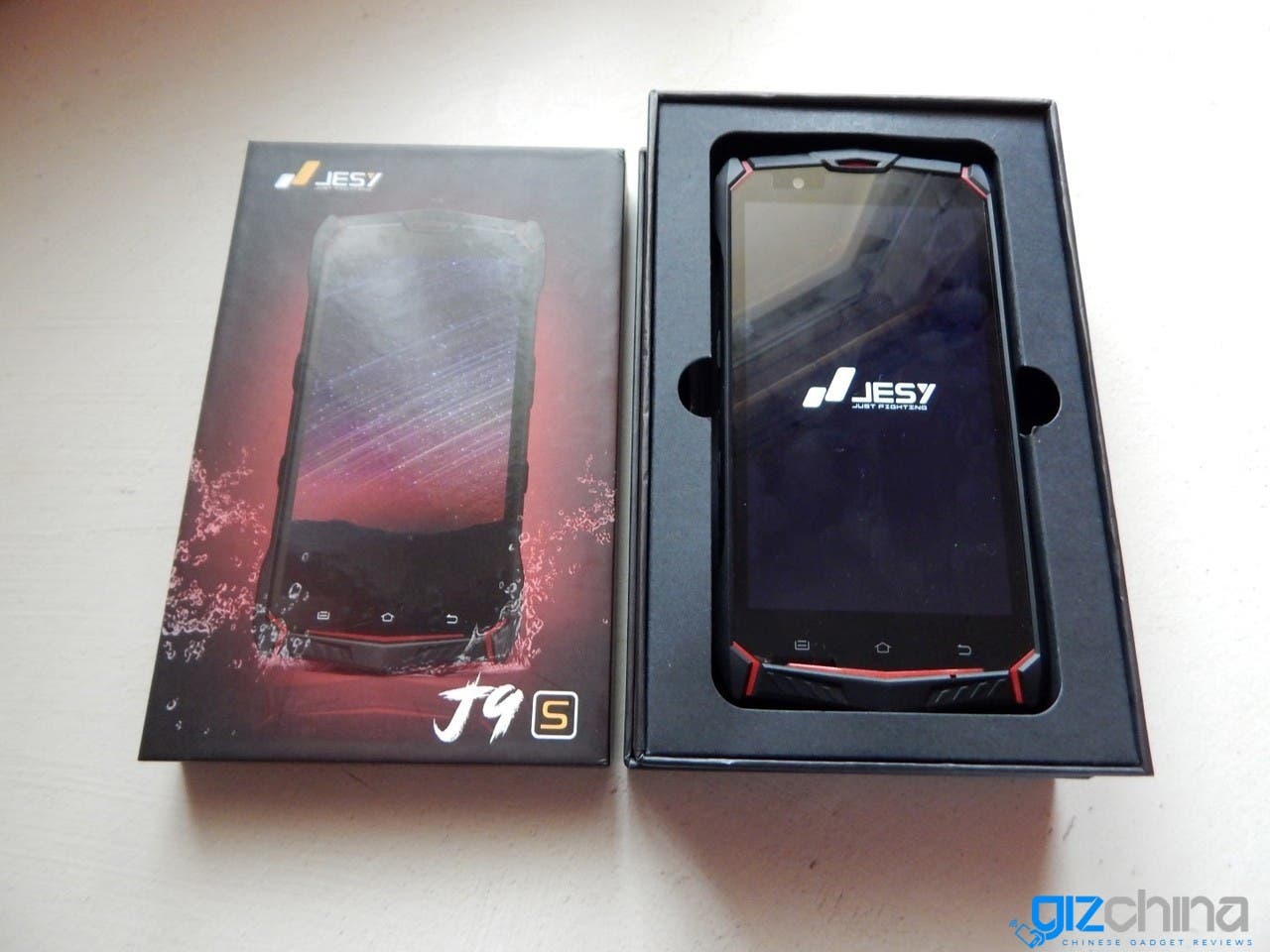 We’re talking about a behemoth phone, equipped with a true “exoskeleton” that completely protects it from almost any type of danger: water, ice, (some) fire, drop tests, pressure, humidity, dust whatever you like! It’s one of a few rugged Android smartphones out there with both IP68 and MIL-STD-810G certification, meaning it’s practically indestructible.

I’m sure most of you are aware of what the IP68 certification stands for, but what about this MIL-STE-810G standard? Have a look at what Wikipedia has to say about it:

MIL-STD-810, Environmental Engineering Considerations and Laboratory Tests, is a United States Military Standard that emphasizes tailoring an equipment’s environmental design and test limits to the conditions that it will experience throughout its service life, and establishing chamber test methods that replicate the effects of environments on the equipment rather than imitating the environments themselves. Although prepared specifically for military applications, the standard is often used for commercial products as well.

The standard’s guidance and test methods are intended to: 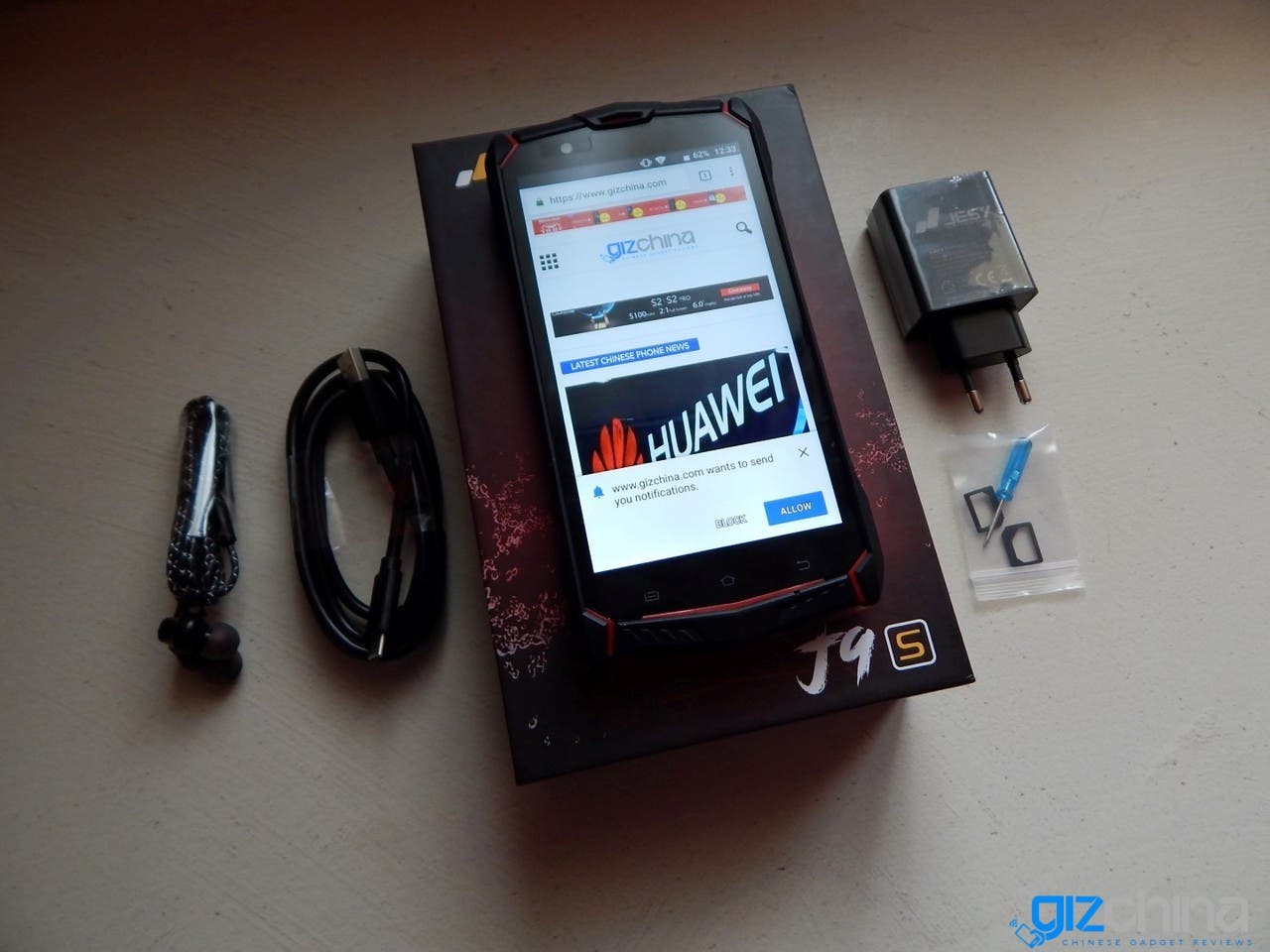 I guess the photos talk better in these situations don’t you agree? We have a huge device in our hands guys, with a 5,5 inch display, and a poly-carbonate frame designed by German designers and corners that stick out (like small ears) able to absorb any falls of the device, protecting it perfectly. I tried it, Jesus I did. It was basically impossible to make it hurt, or create even the smaller bump on its frame. 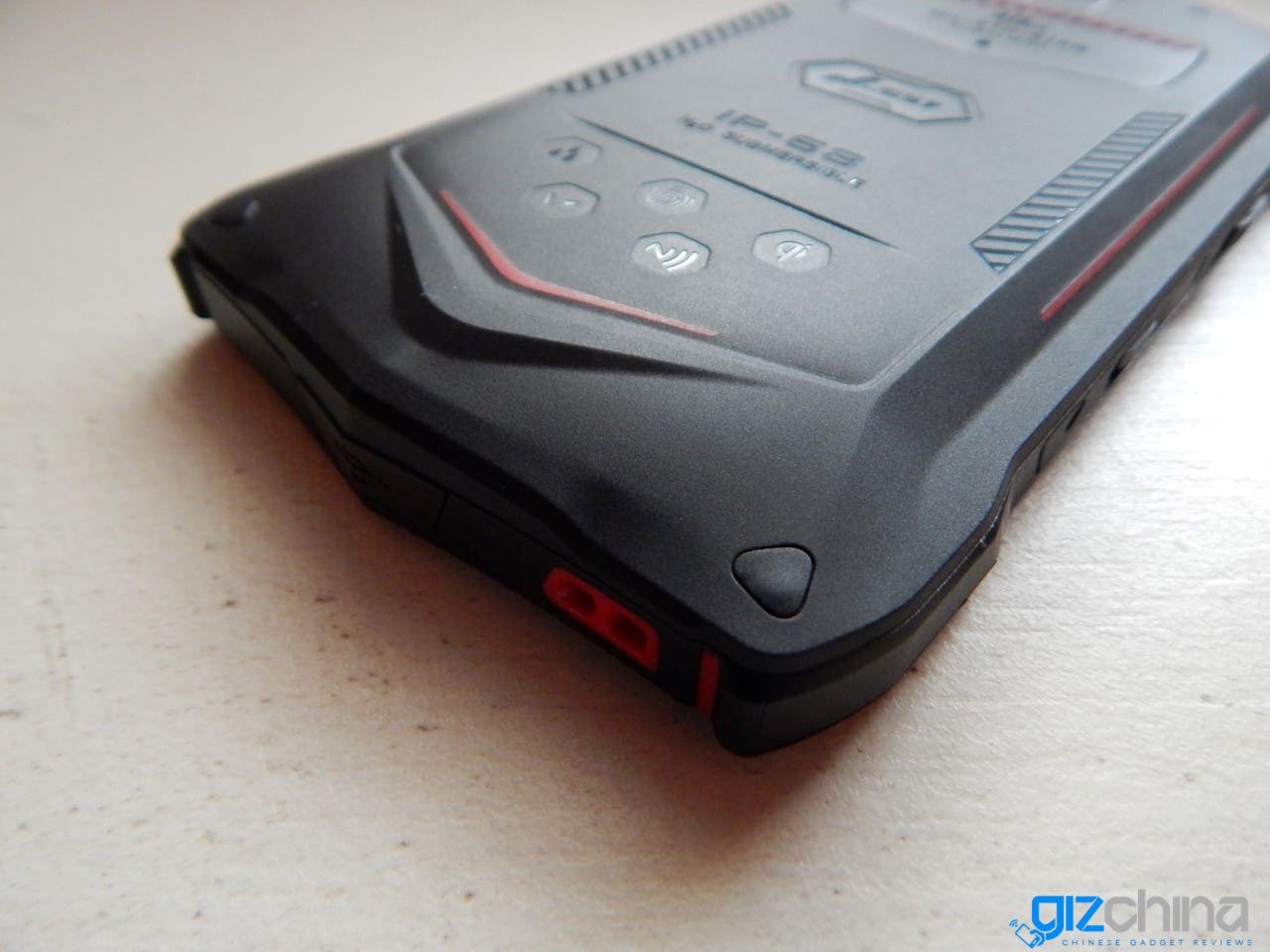 The case is completely rubberized and able to protect the J9S model, but it also ads some extra weight (and thickness) to its body figure. This leads to a rugged smartphone with a size of 167 mm x 85 mm x 17 mm and a weight of 291 gr. On the front we can spot a selfie camera and 3 software buttons, on the back side, there’s an impressive camera, LED flash light, and a fingerprint scanner placed exactly below the lens. 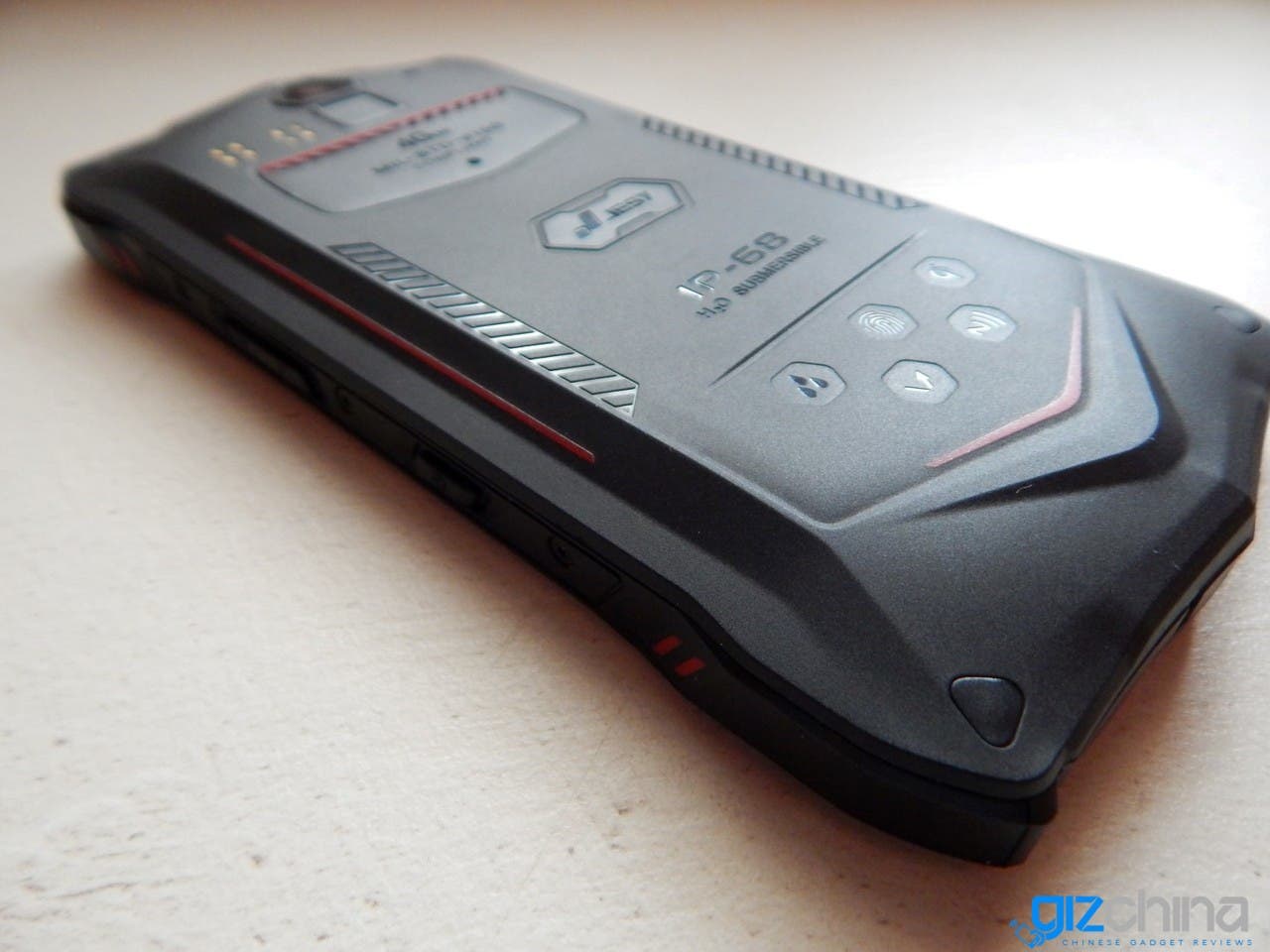 The device comes with a really impressive 5,5 inch display with FHD resolution (1920x1080p) with decent luminosity during sunny days, along with 178 degrees of viewing angle. It has a whopping 400.93 PPI with multi touch capacitive ability, however, it comes equipped with a scratch –resistant screen with Gorilla Glass cover in order to offer the best possible durability. 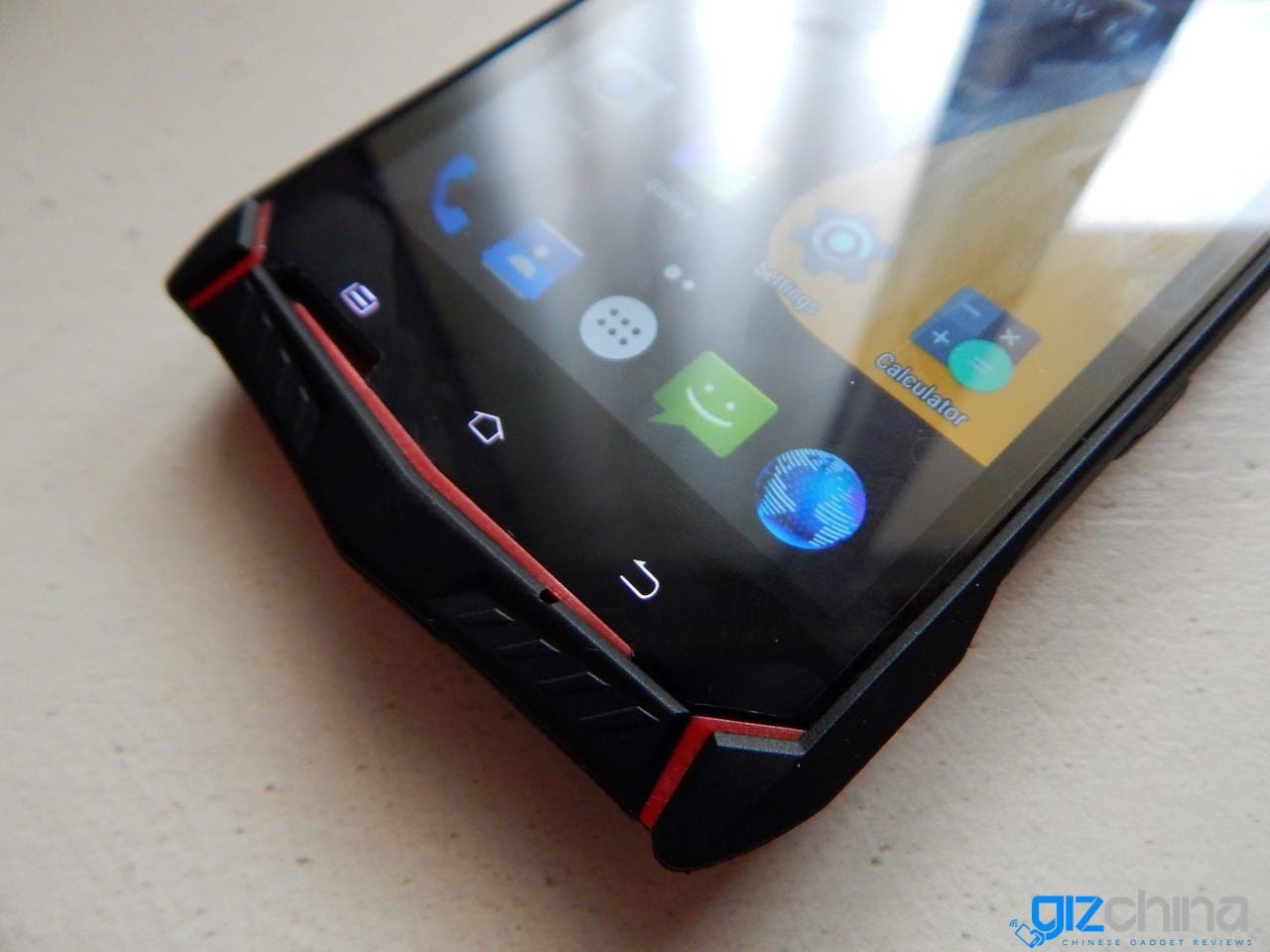 On top of the device you will find a 3.5mm audio jack (fully protected) along with an IR sensor and NFC sensor under the back of the J9S model – pretty powerful specs for a newcomer in the rugged smartphones market. 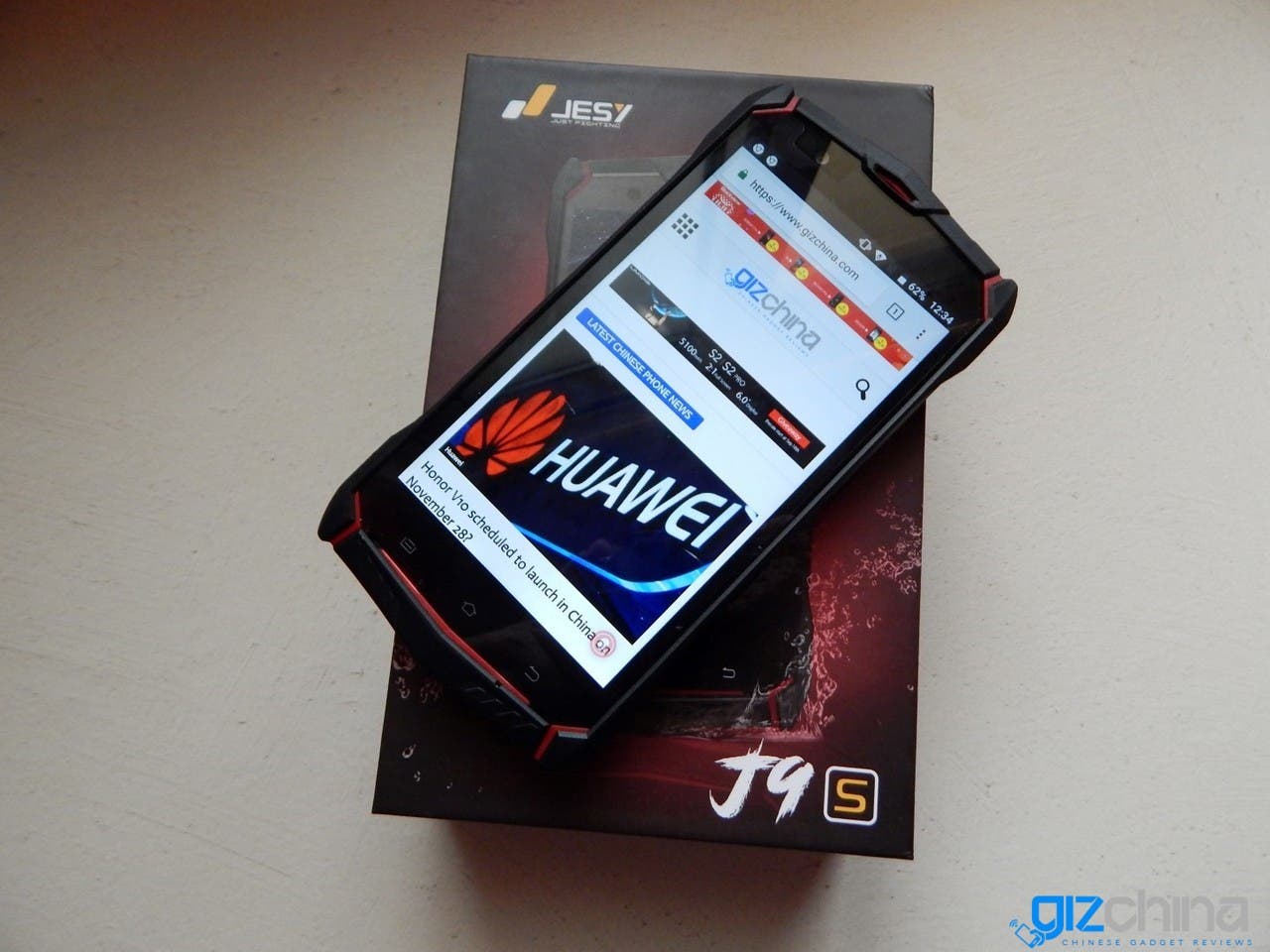 This is an area where this phone performs above average – when compared to other similar smartphones. It comes with a MediaTek MT6755 octa-core processor, along with 4GB RAM and 64GB of internal storage, expandable via microSD card up to 256GB. The available RAM is more than enough for you to run all your day to day apps very smoothly, and the gaming performance is almost excellent if you play games like Asphalt 8 on normal graphics. Still, you should expect some skipped frames thanks to the GPU but with no significant lag. 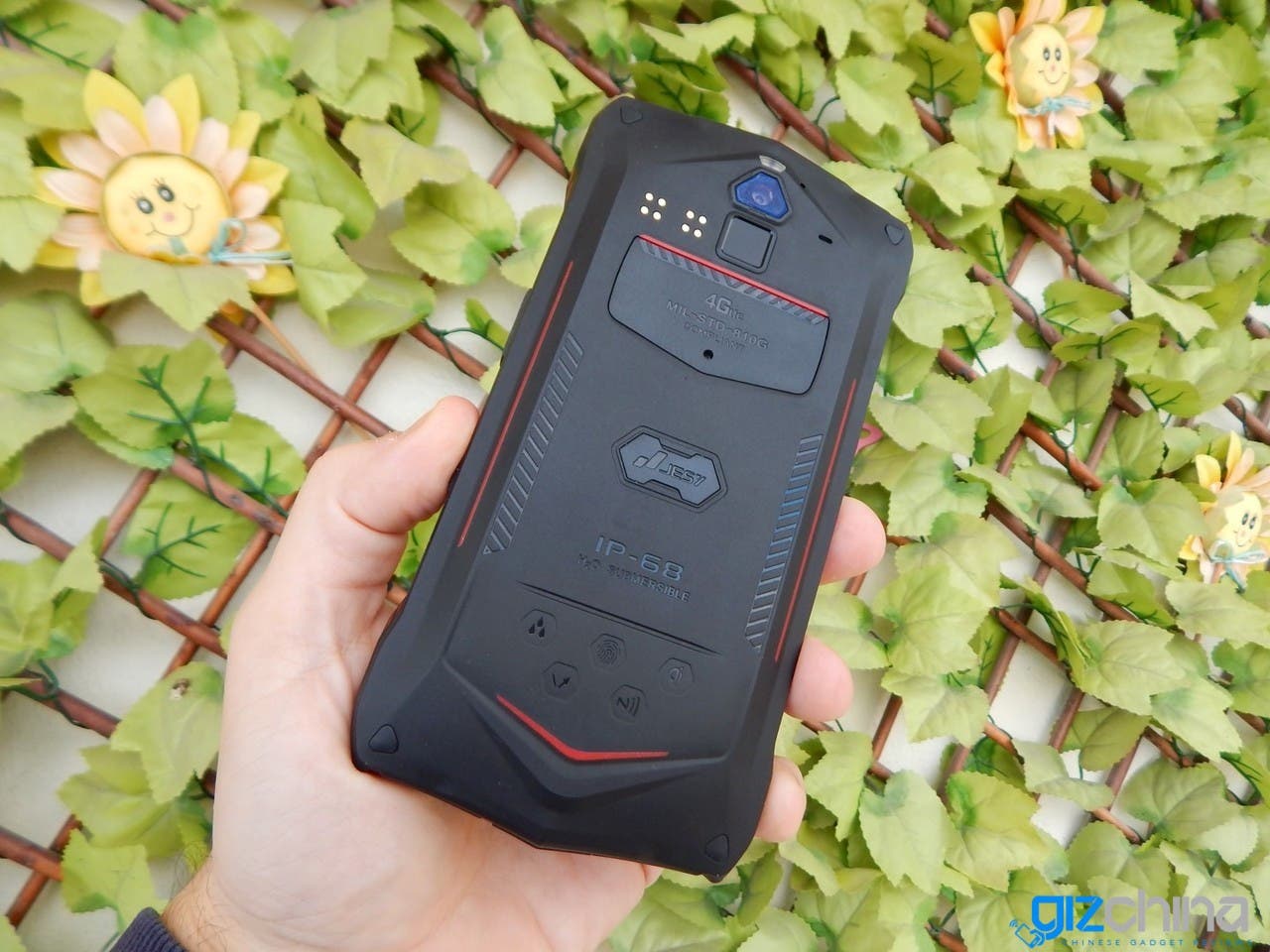 I was quite pleased by the general performance of the JESY J9S model guys, I have to admit. It’s available RAM is ALWAYS above 2GB, no matter how many apps I may open and use. It offers decent multi-tasking with no significant impact on its everyday performance. To confirm our deductions, do have a look at the benchmark results of the device as they appear above, showing the JESY J9S scoring 49619 points in AnTuTu.

I had one issue with its GPS receiver, as the device had some hick-ups and disconnected 1-2 times at first, but then it seemed to pick up and offer very good performance using several applications such as Facebook check-in, Google Maps etc. It took 5-6 seconds initially to locate my position but after this, all Facebook check in’s were easy with no hassle.  In any case it still offered good global positioning services, no complains at all.

The JESY J9S is a 4G/LTE smartphone (4G: FDD-LTE B1/B3/B7/B20 TDD-LTE B38/B39/B40/B41 ) with good performance when it comes to LTE networks, achieving average data speeds of 60Mbps that surely offer a decent feeling when you use it, along with great performance in everyday use. It has good GSM/WCDMA/LTE signal reception with flawless handovers and no dropped calls – during my tests that is. 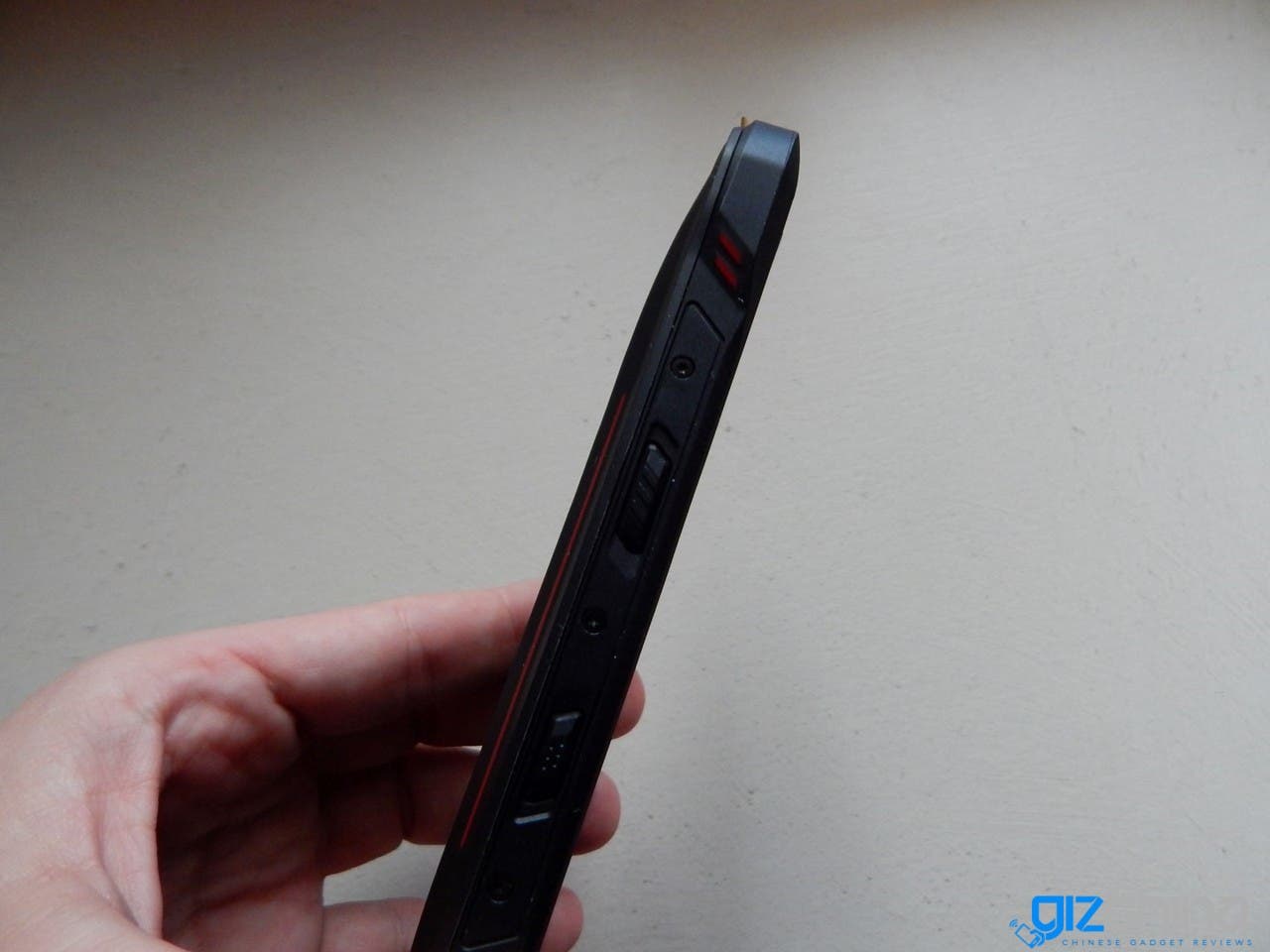 The JESY J9S runs on Android 7.0 Nougat, however the company hasn’t disclosed yet when (and if) it will be updated to Android 7.1.2 or (one can hope) Android O. In any case, it runs on Nougat, with all the perks of Google’s previous operating system and – most importantly- the beauty of “vanilla” pure Android.

I love this type of Chinese phones, those that come with no themes, no bloatware or other unnecessary apps inside. You can be sure that it supports all the classic Nougat features, but the UI is as simple as Google wanted it to be. You can easily understand that the combination of a pure Android with an affordable 8-core chipset and 4GB of RAM can be quite pleasing for almost any type of user. 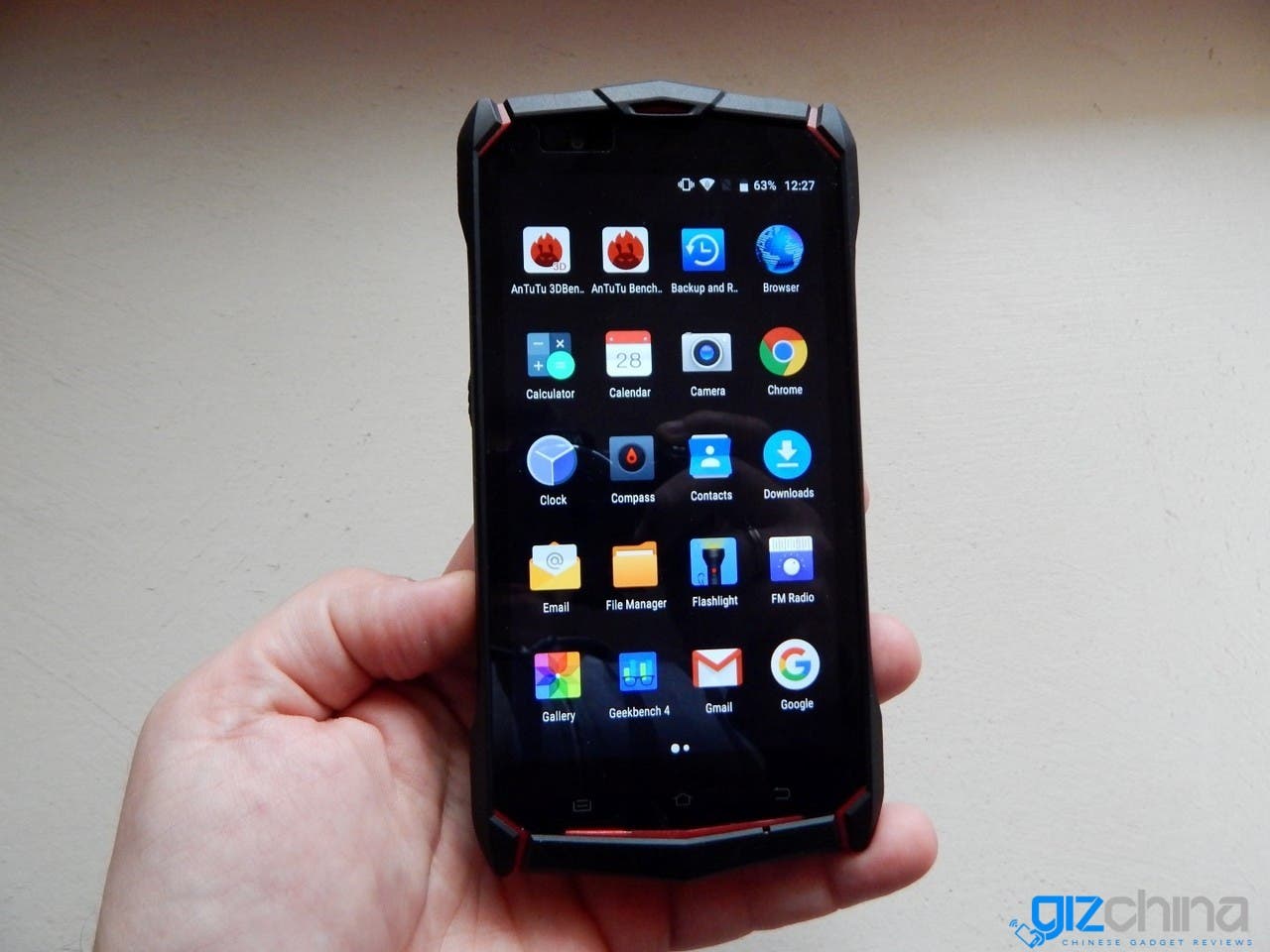 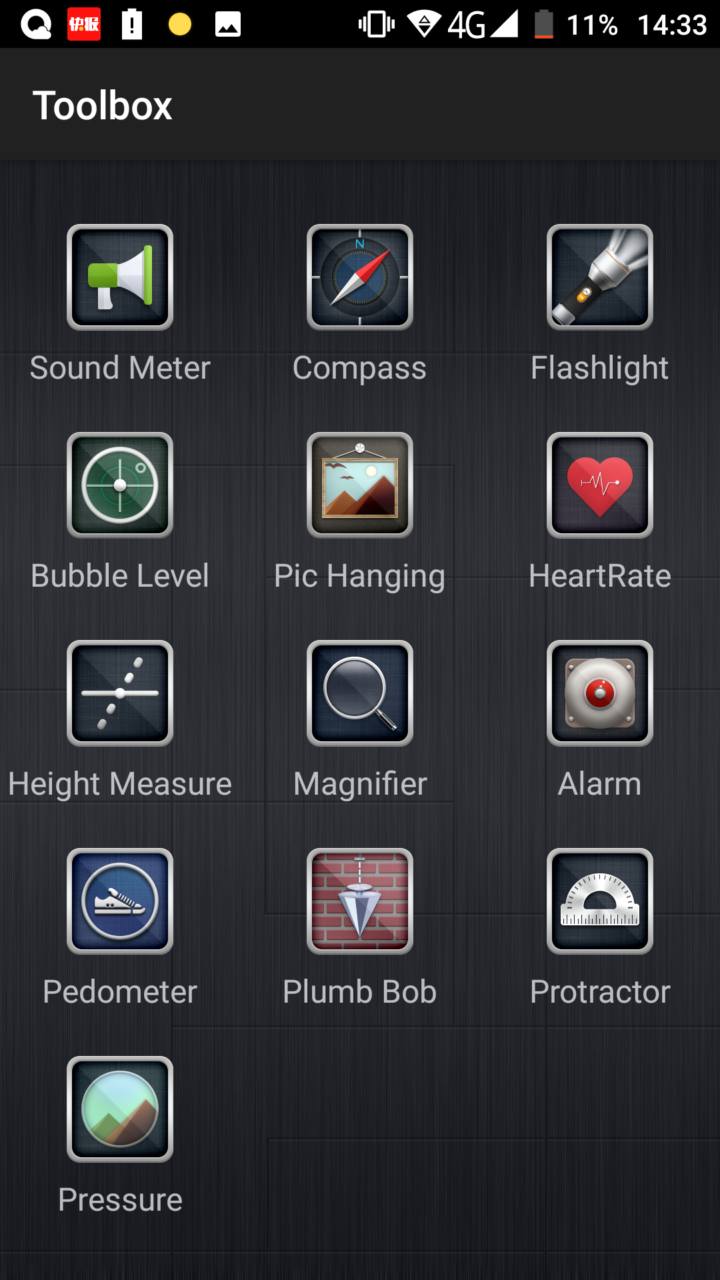 So as long as you don’t choose to put any extra pressure on it with severe multi-tasking, more than 15-18 apps opened simultaneously (!) you can be sure that it will be there for you, providing acceptable performance. 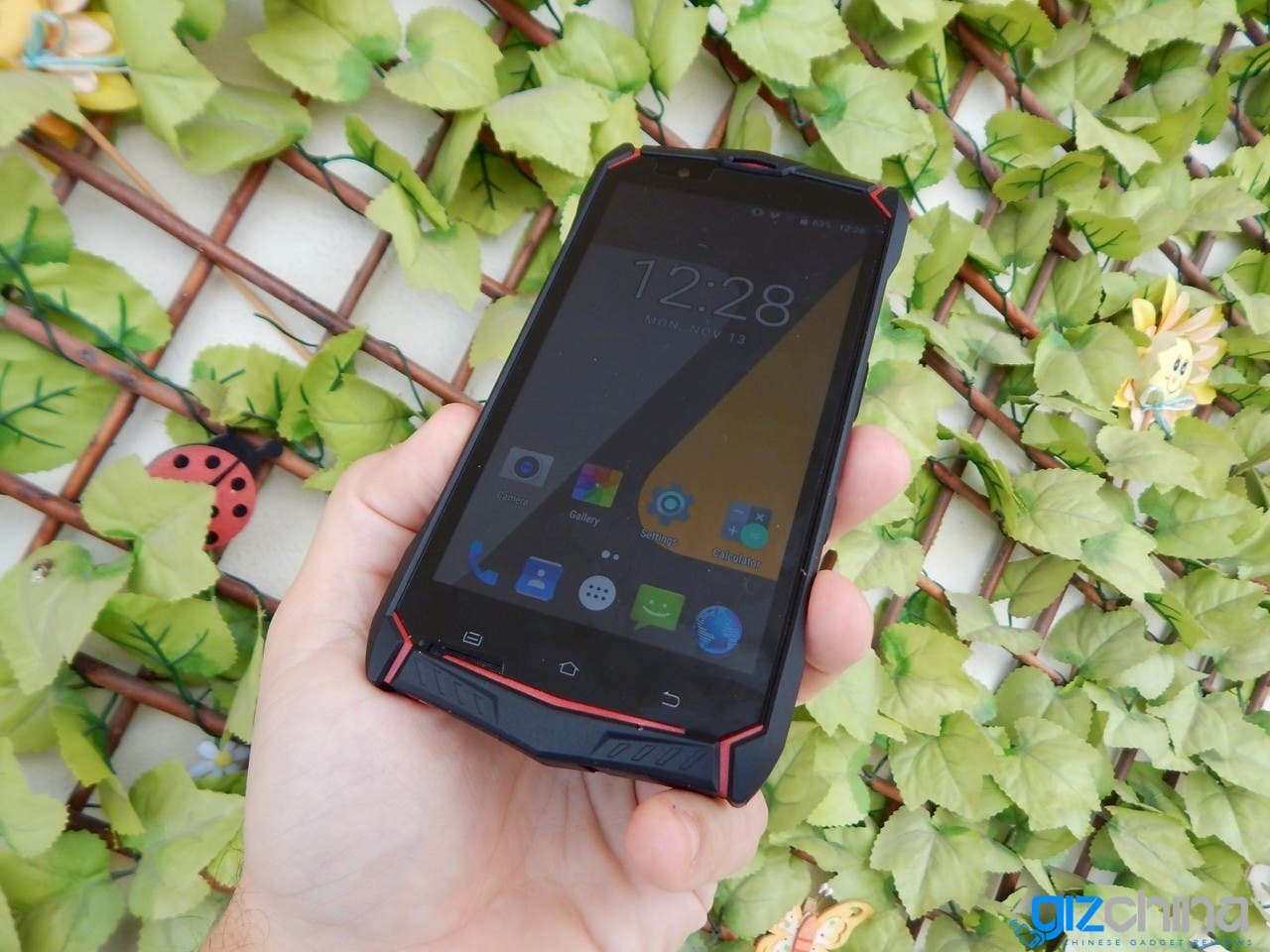 Nothing much here, just another Chinese smartphone with a 16MP camera, offering decent specs, good photos/videos but… nothing impressive enough. The pictures taken from the phone don’t have high saturation but overall its decent for a couple of shots. It has the typical camera UI we find in most OEM models, along with typical features such as balance, video/image size settings, EIS on/off, number of shutter photos to shoot, white balance, ISO balance etc.

JESY says that the camera has OIS (Optical Image Stabilization) but… I don’t think it does (I don’t find any setting, nor do the videos look like they have this support). The EIS however works very good for videos as long as there’s decent lighting in the area. Don’t try it at home, during night time, you will be disappointing. There’s also a front facing selfie camera, offering 8MP of decent performance. 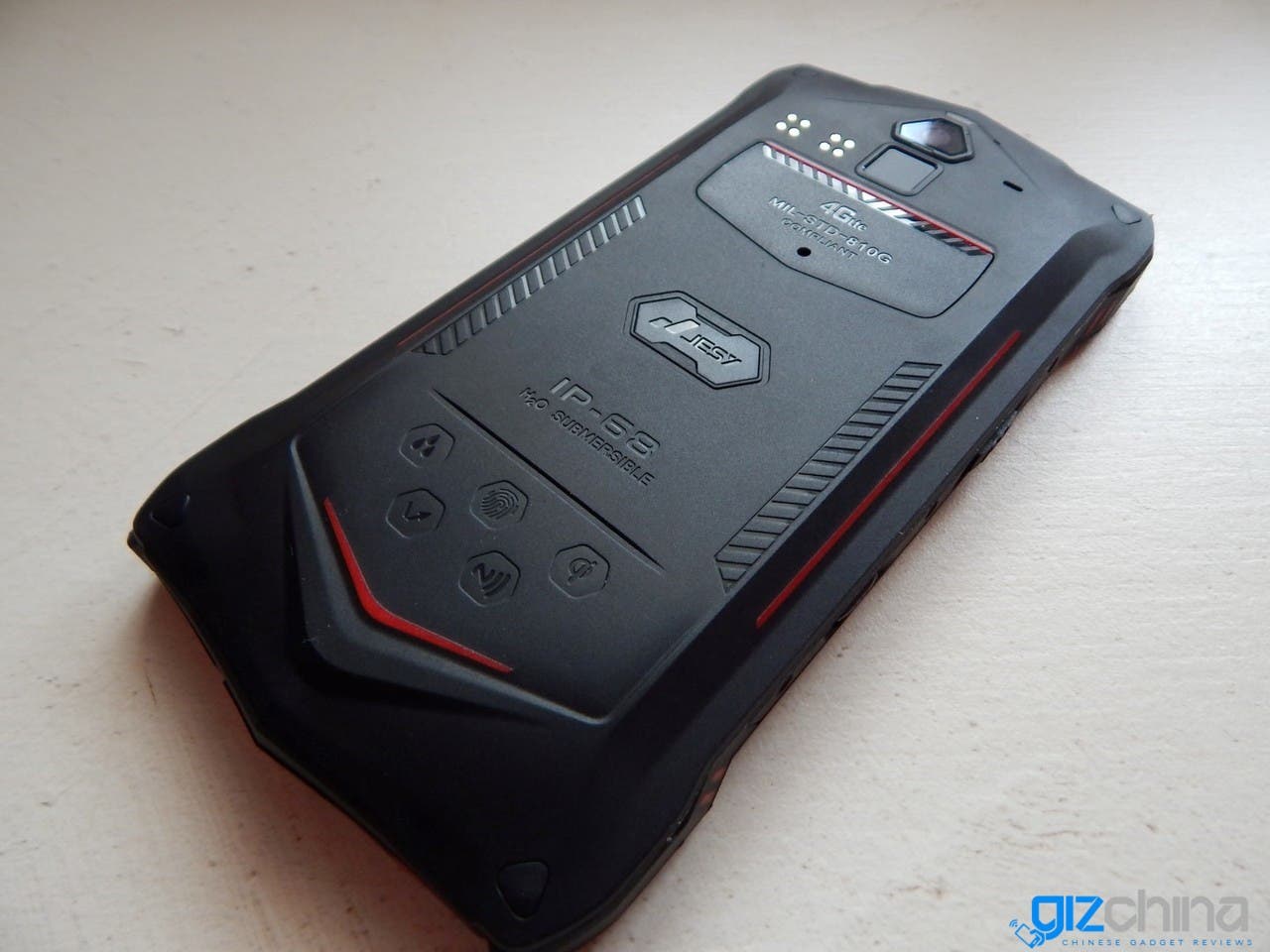 All of the above however are typical for this type of phones, and the final verdict is that using the JESY J9S you will be able to capture decent photos in daylight conditions but not that impressive photos during low light conditions.

The LED flash works OK in close ups, portraits or distances up to 1 meter but it won’t do you any good if your subject is a bit further. 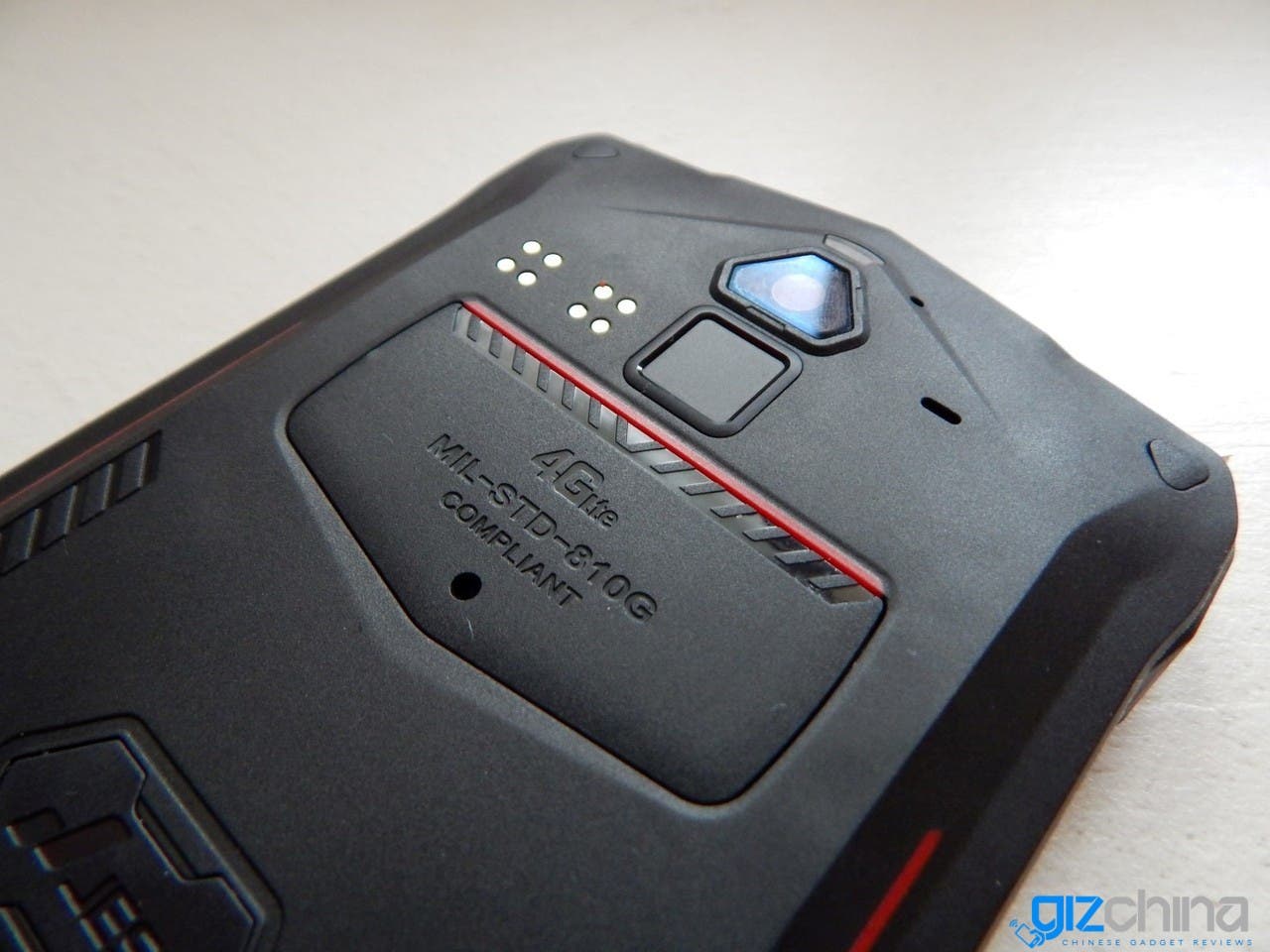 The JESY J9S is equipped with a HUGE 6150mAh battery that can provide really impressive stand by times, in cooperation with the Mediatek energy efficient processor. You can easily get a full day’s usage (28 hours) with no problems and perhaps a week-long standby time if you are able to be gentle with it, or use a power save feature. The battery went down to 11% power after 9 hours normal using from 49%. Note also that it:

DOES support Qi wireless charging which is only found on some high-end smartphones.

All in all we have a winner here, an impressive smartphone with decent standby times if you’re an average user (6 hours of active screen).

First of all, this is a rugged smartphone so it’s aimed at a specific segment of the market. This means that it should be judged in comparison to other relevant devices and in this area it really shines. It’s not only certified with IP68 and MIL-STD-810G standards but also brings a lot of tools including a protractor, compass, torch, loupe, ruler, plummet, gradienter etc. 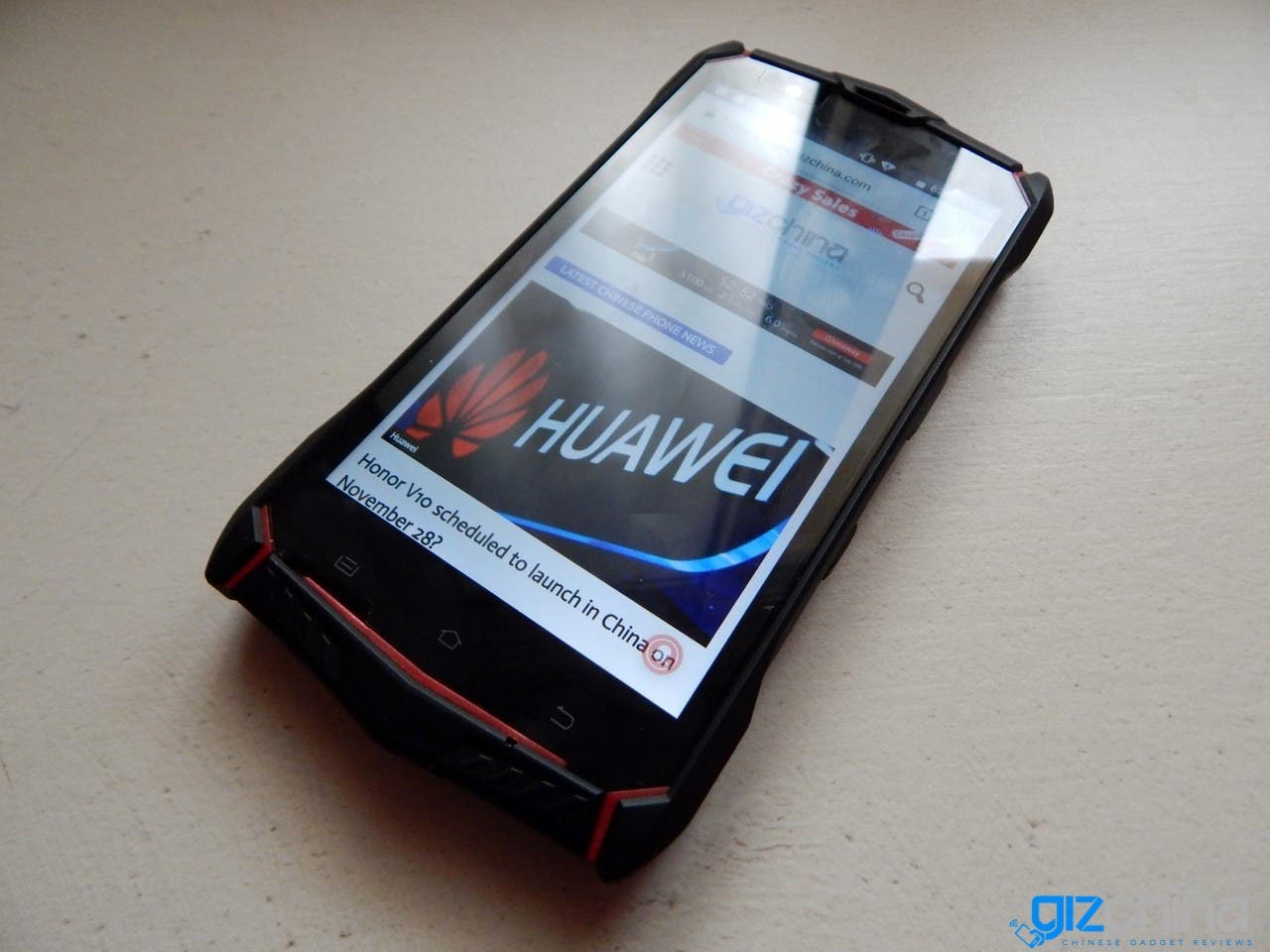 If you’re in the market for a rugged, solid 4GB RAM/64GB ROM, 16MP camera smartphone with Qi wireless charging, NFC, IR sensor and great build quality then the JESY J9S should definitely be among your top choices.

The JESY J9S is currently available in EFOX and Aliexpress.

Previous Deals: AZDOME Crazy Discounts - Up to $100 Off on Aliexpress

Beelink SER4 mini PC: the smaller the size, the bigger the “punch“