Huawei has announced that it will hold a new product launch event on November 28, when the annual flagship, Huawei Honor V10 will be officially unveiled. Well, just like OPPO did with OPPO R11s about a month ago, Huawei has now advertised the Honor V10 in some major Chinese cities. Some of the cities in which this flagship smartphone appeared include Hangzhou, Zhengzhou, Nanjing, Guangzhou, Shanghai, Chengdu, Beijing, and Xi’an. Yesterday, Zhao Ming, president of Huawei’s Honor Business Department, was so proud to post the Huawei Honor V10 advertisement on Chinese most popular social network, Weibo. 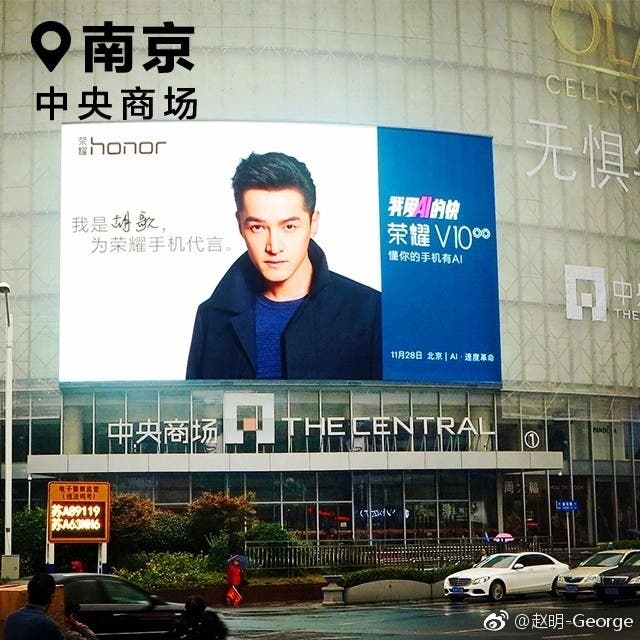 The Huawei Honor V10 is rumored to be equipped with Huawei’s own Kirin 970, coupled with 6GB of RAM. As for the display, it will be a full-screen smartphone with 18:9 aspect ratio and 2160 × 1080 pixels resolution. This smartphone comes with a dual camera setup and as of now, we only know that it will have a 13MP selfie snapper. It runs on EMUI8.0 based on Android 8.0 and its lights are kept on by a 3750mAh battery. In other news, current adverts by the company suggest that this flagship smartphone will come with an AI-based chip which means that it will offer a faster and smoother performance than the previous models.

Check out images from the ads in some Chinese cities 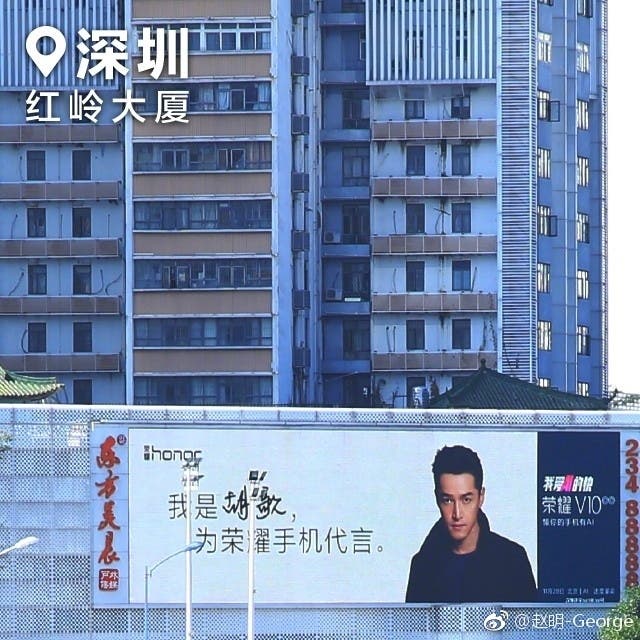 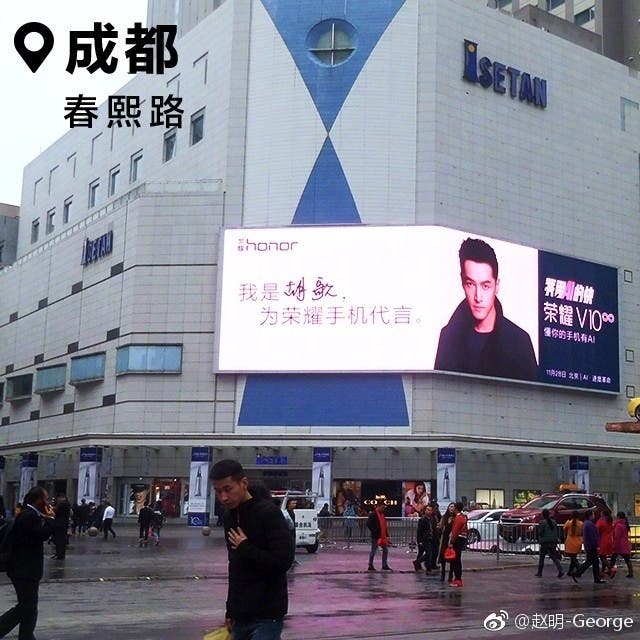 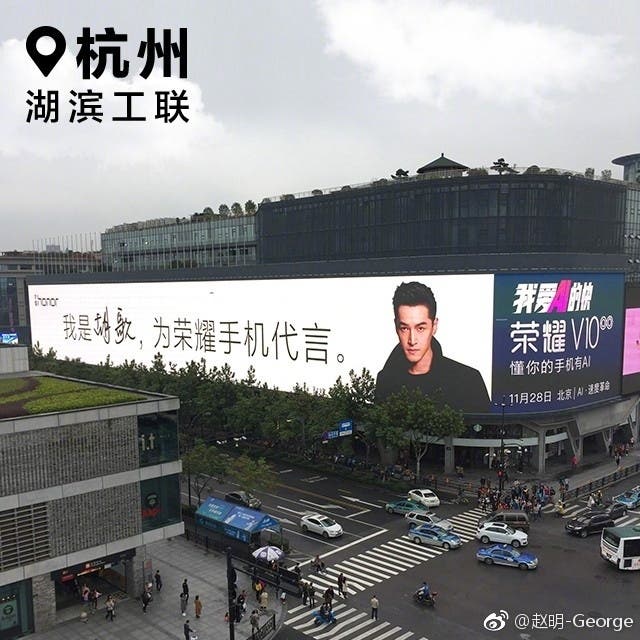 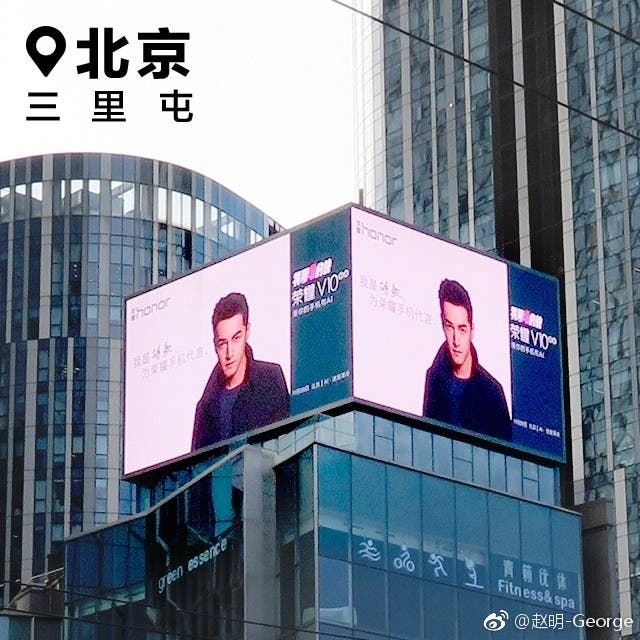 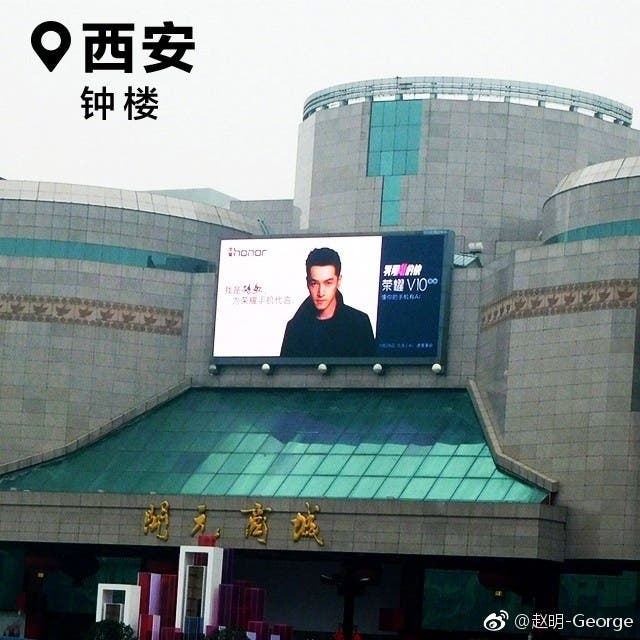 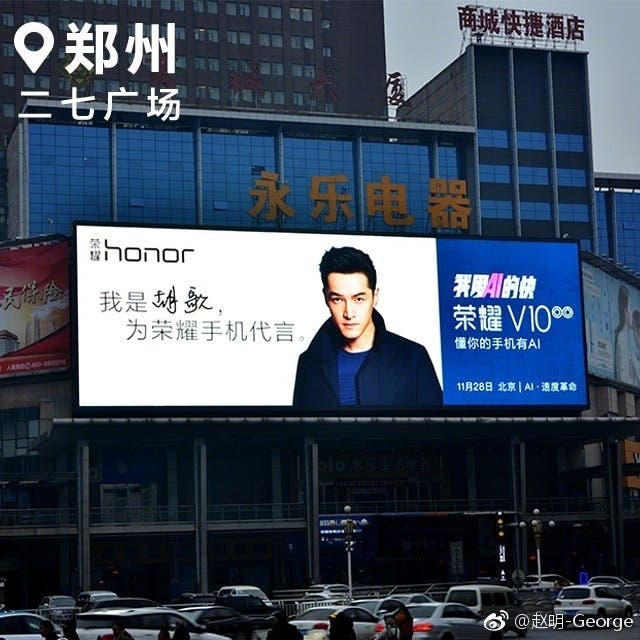 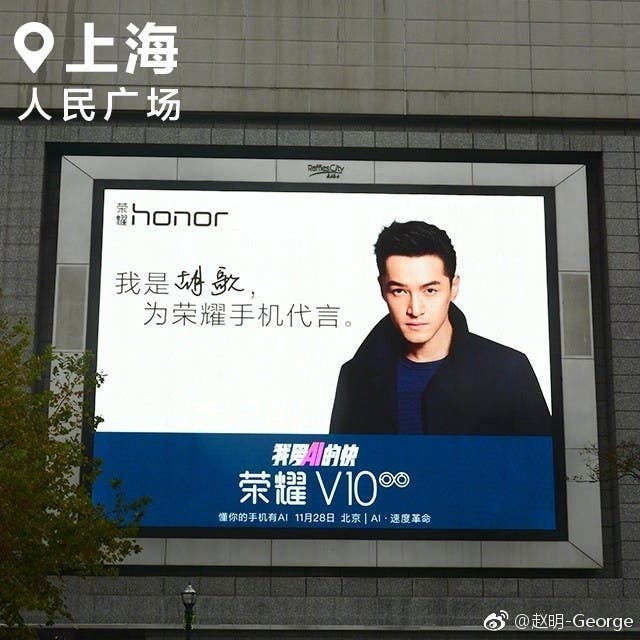 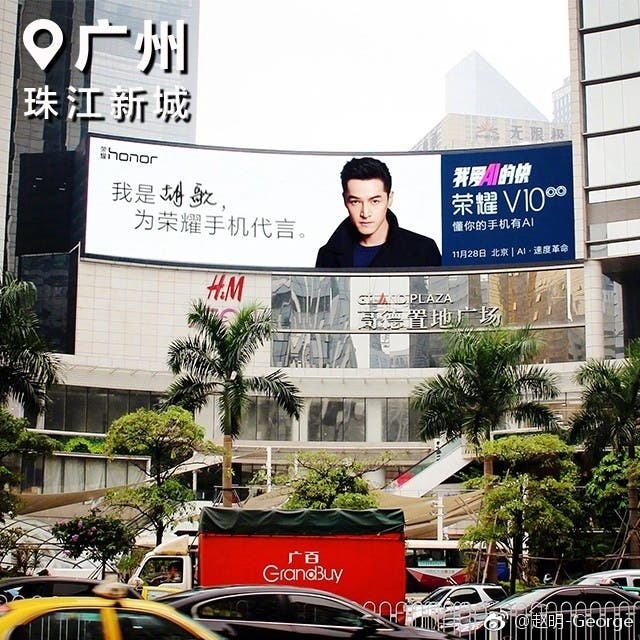 Next AllCall snap-up deals on Tomtop's Black Friday will start at $29.99