Those who think Apple sells products are in a confusion. Those who think the Cupertino-based company succeeds due to the brand are in a less confusion. The most actual reason why this company succeeds and benefits a lot from any product it comes in with is that IT SELLS EMOTIONS. Recently, Apple announced the iPhone X with two selling points – facial recognition and full-screen. If the former feature is innovative and the iPhone X was the first to come with a really-working function, the same can’t be said about the latter. There are tons of full-screen handsets, and honestly, Apple joined the marathon a bit later. However, even such a delay didn’t prevent the company from selling millions of its new product in minutes. The Apple iPhone X sells out immediately in every market it launches. Seems this is a paradox, as this model is priced too high at $999 and $1149 for the 64GB and 256GB variants, respectively. The manufacturer says such a pricing is conditioned by a high manufacturing cost. So let’s find out whether it’s so, and how much the company earns from each iPhone X. 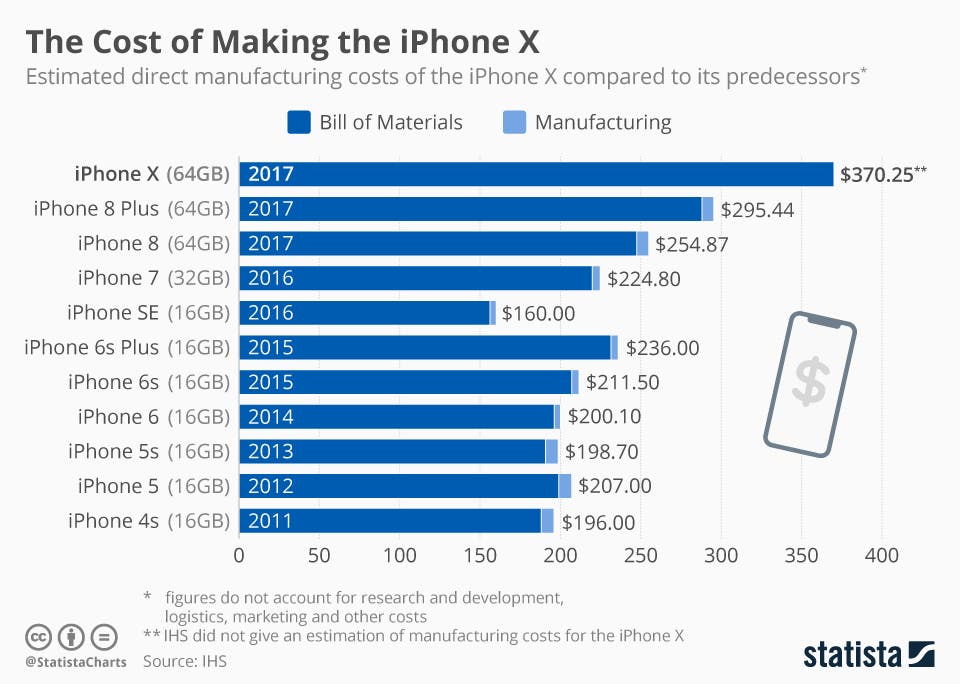 Well, the iPhone X’s manufacturing cost is really the highest among the rest Apple phones. But we decided to come in with another chart showing the difference between the actual price and the manufacturing cost. Thus we can realize how much the company earns from each iPhone.

Previous This Week on GizChina - November 13-19