At a launch event in Delhi, the Vivo V7 has been launched in the Indian market for Rs.18,999, a toned down version of the V7 Plus.

The V7 sports a design similar to it’s sibling, the V7 Plus. The front features a full screen display with the front facing camera sitting on top. The fingerprint scanner lies on the back below the camera. It sports an all metal design and has a 83.6 % screen-to-body ratio. 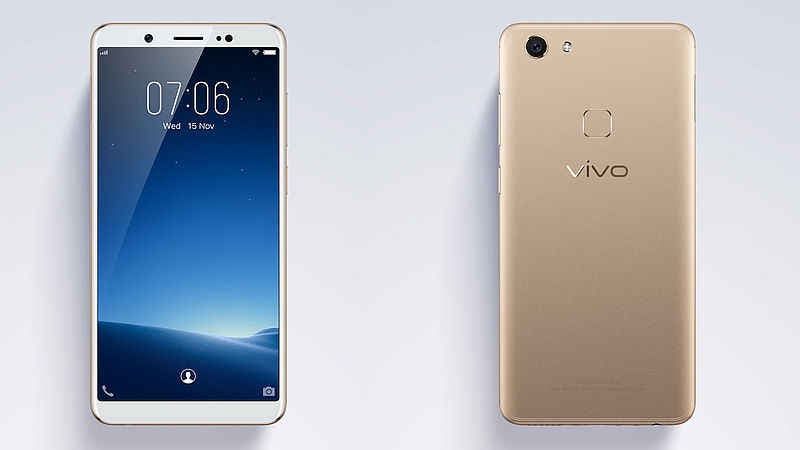 Itsports a 5.7-inch FullView display with a resolution of 1440 x 720 pixels having an aspect ratio of 18:9 with 2.5D curved glass. Powering the V7 is an octa-core Qualcomm Snapdragon 435 processor coupled with 4GB of RAM and 32GB of ROM which is expandable upto 256GB via a microSD card. The rear features a 16MP f/2.0 camera with Phase Detection Autofocus(PDAF) with an LED flash. It has support for Portrait Mode a d Live Photos and the ability to shoot 64MP Ultra HD photos by stitching multiple images. The front camera is a 24MP sensor which comes with Smart Beauty 7.0 and also supports VivoFace Access, their in-house face detection technology.

The phone has 4G-VoLTE, dual band WiFi, Bluetooth 4.2 and GPS. The phone lacks NFC, which shouldn’t be a concern since the use of NFC hasn’t really taken flight in the Indian market. The V7 holds a 3000mAh battery with no support for fast charging. It runs Android Nougat 7.1.1 out of the box with FunTouch OS 3.2 on top.

Available in Champagne And Matte Black, the Vivo V7 is up for pre-order on Flipkart and will go on sale starting the 24th of November.