Blackberry has managed to gain momentum in the mobile device market with the recent released KEYone, which draws attention due to its specifications, the iconic brand design characteristics, productivity and security focus.

Seems that the KEYone apparent success is making the company, now under TCL influence, to rush the KEYone successor arrival at the market. A new Blackberry’s handset appeared a few weeks back codenamed as BBF100-1 and packing the excellent Qualcomm’s Snapdragon 660. Now the handset have leaked once again in the GFXBench, where we can have a more clear idea from what to expect. 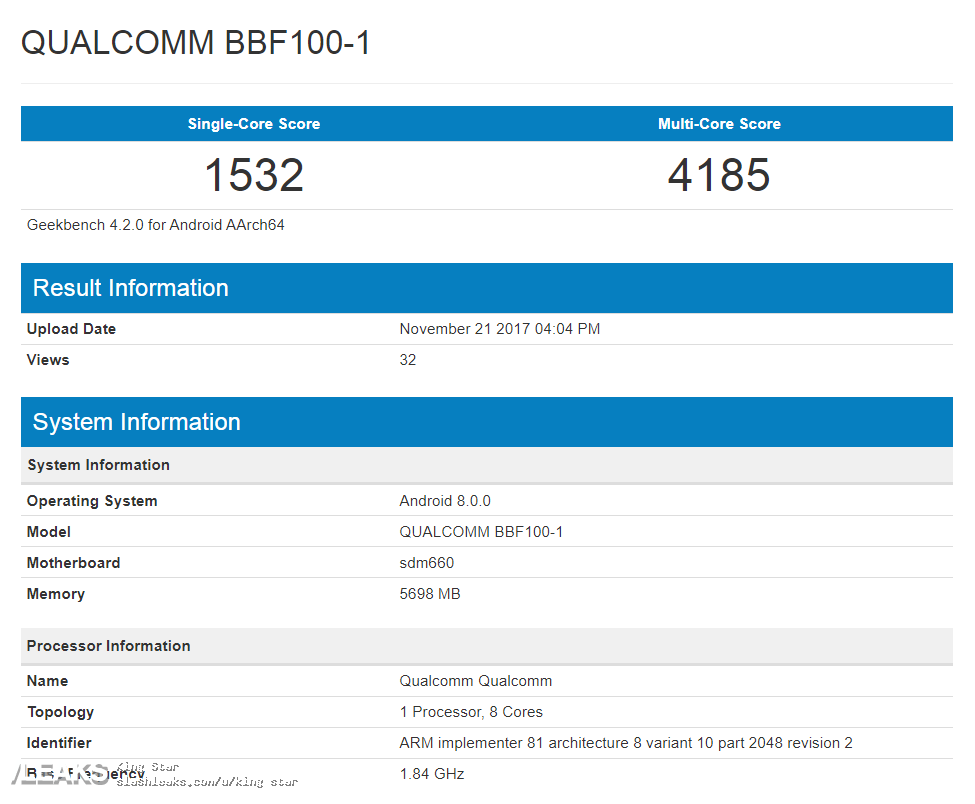 According to the listing that appeared at GFXBench database, the handset appears once again running the Snapdragon 660, but this time paired with whooping 6GB of RAM.

The Blackberry BBF100-1, possibly KEYone successor, will also arrive with Android 8.0 Oreo out the box, as the listing suggests. Previous rumors suggests a 1620 x 1080 (3:2) display to make room for a QWERTY keyboard comeback.

There are no words of confirmation coming from Blackberry, TCL’s subsidiary, at the moment. However if the leaks keep showing up in this manner, we expect the company to share some details of its upcoming launch very soon.

After some struggling years, its good to finally see Blackberry getting back on track, once again. Be it thanks to TCL influence or not.

Next Xiaomi Redmi 5A gets light Blue color variant