There have been numerous innovations in the smartphone industry. This year, bezel-less devices and front fingerprint sensors held sway but about the middle of the year, Artificial intelligence became the next frontier for flagship smartphones. Huawei’s Kirin 970 became the first AI assisted chip and now, South Korean manufacturing giant, Samsung, seem to have delved into the hub of Artificial Intelligence. A recent teaser from the company confirmed this and it appears that the Galaxy S9 UX is going to be rebranded to Galaxy Ai UX. This teaser which was released today at its Bixby Voice launch event in China implies that AI capabilities might be integrated into the Galaxy S9. 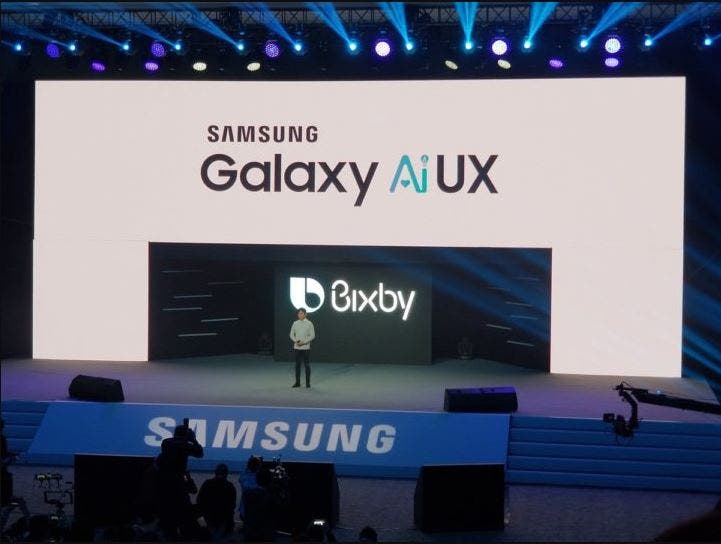 Recently, Samsung invested in DeePhi, an AI startup based in China that produces AI chipsets which supports instant speech recognition, neural language processing and other recognition tasks on smartphones. It also invested $30 million in Graphcore, a UK-based AI company. All these suggest that Samsung is very interested in hardware’s that enhances AI capabilities on smartphones. Very soon, we may be seeing a depth-sensing camera to improve facial recognition or even an AI coprocessor that leaves the main processor free to handle other things. However, all these are just speculations and nothing has been confirmed.

Previous A new Huawei Smartphone clears TENAA, could be Nova 2s or Nova 3

Next Xiaomi Begins Recruiting Beta Testers For Android 8.0 on Mi 6