Gionee took the wraps of today, to release their newest smartphones in a conference held in China. The company already announced the pair of handsets Gionee S11 and S11s, but one of this event stars for sure is the M7 Plus.

The M7 Plus brings a different approach when compared to the other handsets unveiled today. It’s a smartphone focused in a luxury refined design that mixes 21K of gold-plated metal and calfskin leather on the rear.

Additionally the handset doesn’t bring the bezel-less look of some latest flagships, for sure the side bezels are very thin, but the bottom and top parts have a kinda protuberance.

Specs wise, the Gionee M7 Plus brings the excellent Snapdragon 660, which delivers stellar performance, even not being a flagship chipset. The handset also packs 6GB of RAM coupled with 128GB of Expandable storage.

In what concern camera enthusiasts, the M7 Plus cameras keep the low profile, in counterpart of S11 series four cameras, the M7 brings only two. Being a 16MP rear camera with f/1.8 aperture. There is also a 8MP front snapper.

One of main teasing capabilities of M7 Plus rest on its huge 5,000mAh battery that supports 10W wireless charge, being the pioneer among Gionee phones supporting such feature. Other specifications includes a rear mounted fingerprint sensor, Bluetooth 5.0, Dual Sim slots, which doubles as microSD slot. And sadly the phone still doesn’t bring the USB-C and retains the standard micro USB port. 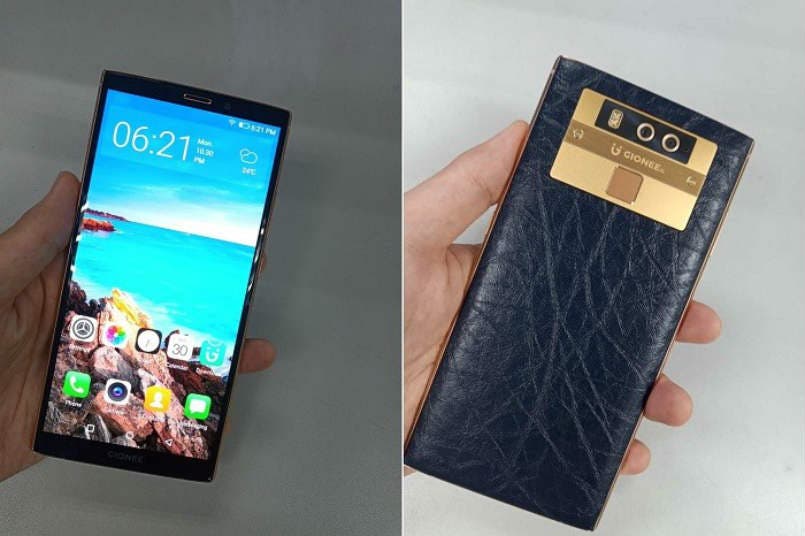 Gionee states that the M7 Plus brings the dual chip security chips from its other flagships, one chip keeps stored the encrypted data while the other is used for secure payments and for the fingerprint encryption.

Lastly, take a deep breath before checking this flagship price. Gionee doesn’t want to keep a low profile with Gionee M7 Plus and is charging 4,399 Yuan ($667) for the handset. The Gionee M7 Plus is expected to arrive at shelves on January 1, 2018.

Next Xiaomi: Manu Jain Is The Man of The Moment