The highly anticipated Honor V10 is expected to hit the shores two days ahead in an event held by the Chinese giant. However, today the phone has made an earlier apparition on Geekbench.

The model in the listing appeared with the codename Huawei BKL-AL20, which differ from the device which got leaked a week ago on TENAA. According to the popular leaker @rquandt this model indeed is the Huawei V10. 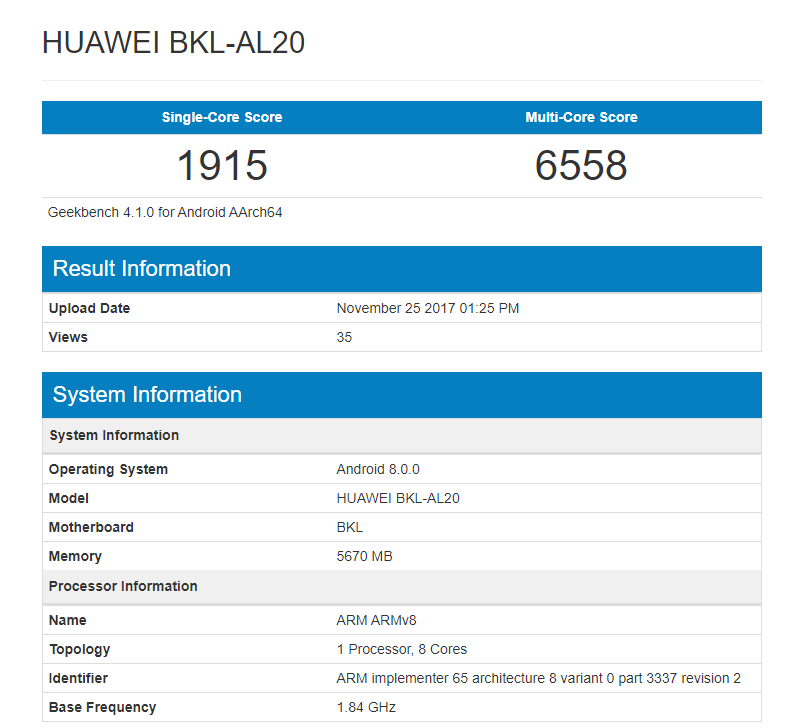 According to the listing the Honor V10 will come with a 1.84GHz octa-core processor which is believed to be the Kirin 970, the powerful AI SoC, additionally there is 6GB of RAM ensuring high level of multitasking.

Worth nothing to mention that the listing shows the handset running Android 8.0 Oreo, which also suggests EMUI 8.0 just like the recent launched flagships Huawei Mate 10 and Mate 10 Pro. We also expect the device to be a Project Treble-ready handset considering Huawei work to meet Google criteria in the new form of updating Android.

The V10 also is expected to come with a full-screen 18:9 panel and bezel-less design and a pair of cameras, not Leica, on the phone’s rear. Are you excited for this new handset? So keep tuned for full coverage on November’s 28 event.