There have been rumors that Meizu plans to rename its Blue Charm division to mBlu. These speculations are hardly confirmed but the shreds of evidence are getting stronger. Recently, a Meizu earpiece surfaced online with “mBlu” written on it. The main focus of the current leak is the name on the device.

Meizu has sub-divided the company into three wings – Meizu, Blue Charm, and Flyme divisions. These three divisions have different responsibilities. While the Meizu wing takes care of flagship smartphones, Blue Charm and Flyme divisions handle mid-range/budget models and software respectively. Prior to this current device with the inscription “mBlu”, we have seen a bezel-less smartphone named mBlu Zero. In addition, Meizu has renamed its Blue Charm website to mBlu.com. Connecting all the dots together, it is quite obvious that we are heading towards a new name for the Blue Charm brand. 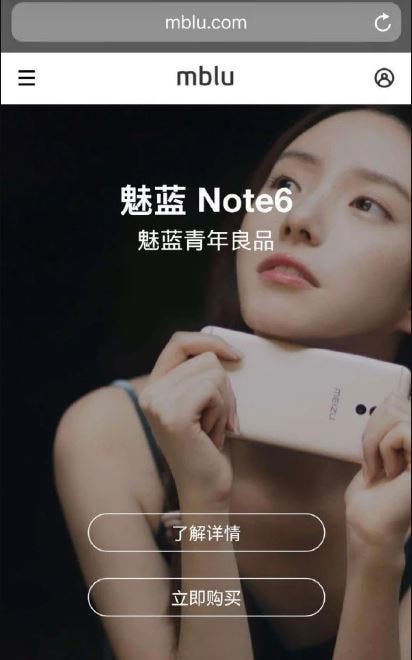 The Blue Charm brand clocks three years on December 18 and it is believed that introducing a new name on that date with some new devices will be a good way to celebrate. Meanwhile, Meizu is currently testing some befitting logos to be introduced alongside the new name.  Meizu Blue Charm brand has been quite successful as this division has shipped almost 45 million smartphones. mBlu will probably not be strictly a mid-range smartphone division, it is expected to also include accessories like the leaked headphone. In all, we will have to wait for an official confirmation or probably an invitation.

Previous Ready for the wireless charging with a cheap Qi vertical stand ?