Xiaomi, the Chinese smartphone maker has announced a new entry-level smartphone, Xiaomi Redmi 5A in the Indian market. The device was first unveiled in the Chinese market last month. Marketed as the ‘Desh ka Smartphone‘ in the country, the Redmi 5A will officially go on sale in India on Dec 7 at about 12 pm and will be exclusive to Flipkart, Mi.com, and Mi Home Stores. Other partner retailers both online and offline will thereafter have the device in stock.

Xiaomi has succeeded in slightly modifying the Indian variant of the Redmi 5A. While the China version is available only in 2GB RAM, 16GB storage option, the India version has additional 3GB RAM, 32GB storage variant with a dedicated microSD card slot.

Aside from the aforementioned variations, the device is largely the same as the one announced in China back in October.

It bears a 5.0-inch HD (720 x 1280 p) display. The smartphone is powered by a 1.4GHz quad-core Snapdragon 425 SoC (same SoC seen in the recently launched Redmi Y1 Lite and Redmi 4A) coupled with 2GB of RAM and 16GB of storage. There is also a 3GB RAM and 32GB storage variant for the Indian market only.

On the camera front, the device has a 13MP rear camera as well as a 5-megapixel selfie unit. The device boots Android 7.1 Nougat with MIUI 9 out of the box, while it gets its juice from a 3000mAh battery which can last for8 days on standby, according to Xiaomi. 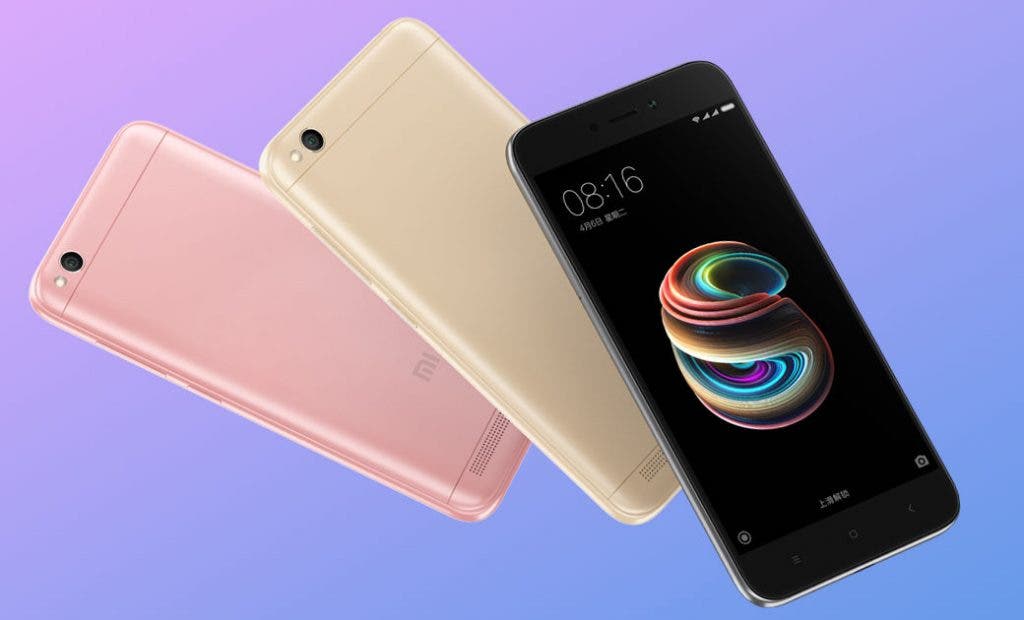 You should be able to get the Redmi 5A in India starting from Dec 7 in Dark Grey, Gold, and Rose gold color options. The 2GB RAM and 3GB RAM variants are priced at Rs. 5,999 and Rs. 6,999 respectively. For the launch period, Xiaomi is offering a Rs. 1,000 discount for the first 5 million units of the 2GB RAM, 16GB storage lowering the price down to Rs. 4,999.