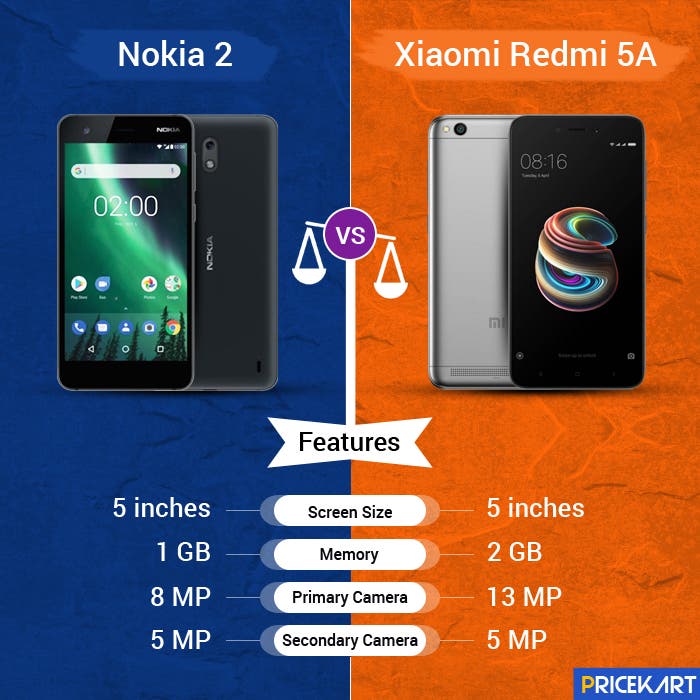 At the end of October, a budget smartphone, Nokia 2, was launched. Coming with a Rs 6,999 price tag, this smartphone instantly became very much desired because, in India, affordability and value for money is king. Unfortunately, barely a week after Nokia 2’s launch in India, Xiaomi Redmi 5A ‘Desh ka Smartphone’ arrived with Xiaomi’s usual low price tag and a good value offer. Now, these two devices are set to lock horns in the Indian budget smartphone market. While Xiaomi has its major strength which is PRICE, Nokia has its edge which is so much desired by the Indian budget smartphone seekers – BATTERY. Let us take a look at the advantages of these devices

As I said earlier, India is a country where many areas don’t have consistent electricity thus getting a cheap smartphone with a huge 4100 mAh that can take you the whole day is very relevant. In addition, this smartphone comes with an aluminum build which makes smartphones look premium. Another advantage that Nokia 2 has is its brand name itself. Though ownership and hierarchy have changed, HMD has somehow managed to sustain or perhaps better the values of the past Nokia and the new Android-based Nokia smartphones are still strongly sought after. Nokia 2 stands on these premises and offers an attractive package for budget smartphone seekers. Clearly, Nokia 2 is ahead of Xiaomi Redmi 5A with regards to its aluminum build and battery. 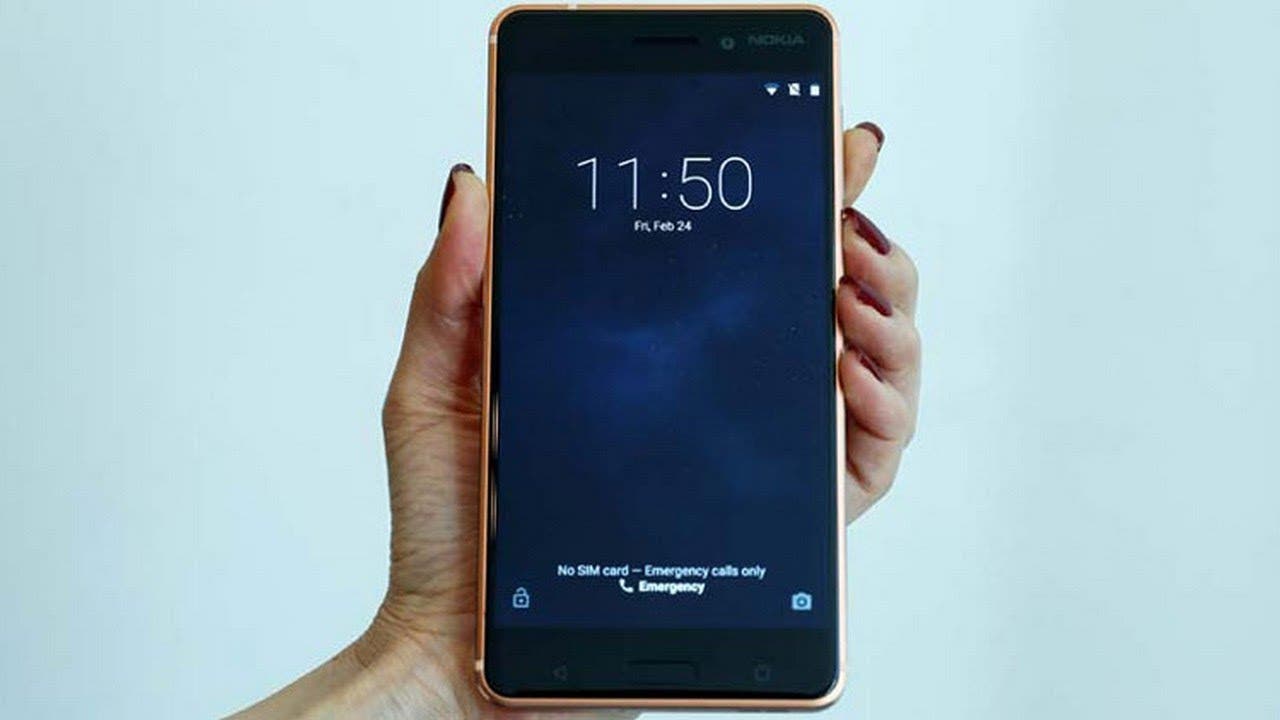 Irrespective of quality, durability, and performance, the biggest arguments in a smartphone spec sheet still remains its price. Indeed, many smartphone seekers check the price before even looking at the rest of the specifications. Xiaomi Redmi 5A launched with a Rs 5999 price tag in India which is Rs 1000 cheaper than Nokia 2 and if you consider that the entry-level Redmi 5A is currently being discounted to Rs 4,999, this smartphone is Rs 2000 cheaper. As for the general specs, there will be conflicting views because different smartphone users seek different things but Xiaomi Redmi 5A clearly has some lead over Nokia 2. This smartphone twice as much RAM, twice as much internal storage and a better processor. Xiaomi Redmi 5A uses a Snapdragon 425 while Nokia 2 comes with Snapdragon 212 (does this chip even exist?). Nokia will have some argument in this regard because the Nokia 2 may well be capable of a more reliable performance even with less RAM but the numbers are most important, and all it takes to convince someone to buy a product are the specs and price which Redmi 5A seem to have. 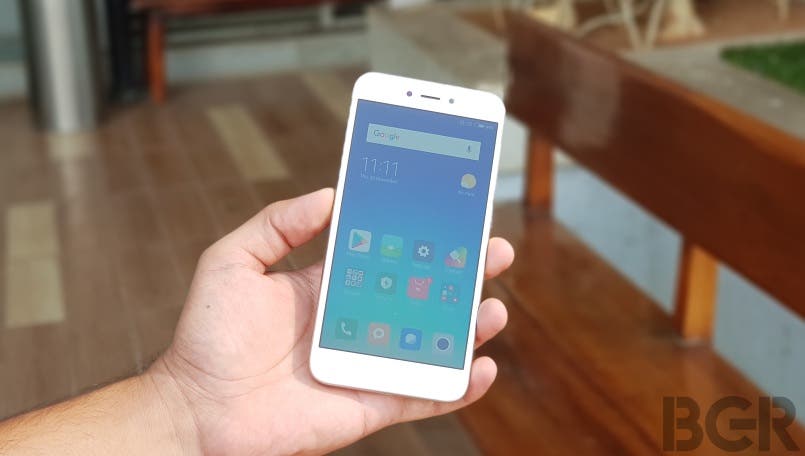 The battle between Nokia 2 and Xiaomi Redmi 5A in India will be a clash of the Titan because both devices have some weapons in their war chest. Nokia may be relying so much on its brand name which has been heard over a very long period, indeed, its reputation and power precede it. Adding this to its metal build and big battery makes up Nokia 2 war chest. If this contest was to take place a couple of years ago, then the winner is obvious but right now, the tides have changed.  Do not forget that Xiaomi was recently rated as the top-selling smartphone brand in India. In fact, some Indian retailers have converted their shops into exclusive Mi Stores and they are getting 3x revenue. This shows how much the Indians have embraced the Xiaomi brand just within a space of three years. This in collaboration with its lower price tag, better processor, bigger RAM and internal memory makes it easier to convince someone to purchase the Redmi 5A. Xiaomi’s aftersales service and update release are one of the best in the world but Nokia is swiftly coming up in this regard.

If you need a sleek looking smartphone with long battery life, then Nokia 2 wins but if you are looking for a lower priced device with better specifications, Xiaomi Redmi 5A clearly wins. What do you think? Let us know in the comment section below

Next Samsung Galaxy Note 8 In Europe Gets November Security Update