According to the Q3 statistics, Samsung, Apple, Huawei, OPPO, and Xiaomi are the top five smartphone vendors in the world. However, these manufacturers perform differently in different markets. Say, OPPO’s performance is astonishing in the South Asian market. It’s got 17.2% of market share ranking second. In the Indonesian market, which is the largest one in the region, OPPO and Xiaomi have been ranked second and fourth, respectively. But what’s more amazing, OPPO’s sales have been increased by 163% in comparison to the last year. So while many manufacturers invest in hardware such as full-screen and dual-cameras, OPPO is focusing on the network.

Recently, an OPPO official accepted an interview with CCTV. He said the manufacturer gives a great importance to the research and formulation of the 5G standard and is one of the major promoters in China. At the beginning of 2015, OPPO formally established a communication standard team and began participating in the works of the 5G standard formulation. At present, this is one of the biggest teams in the domestic corresponding enterprises. It includes many experts with long-term international experience. 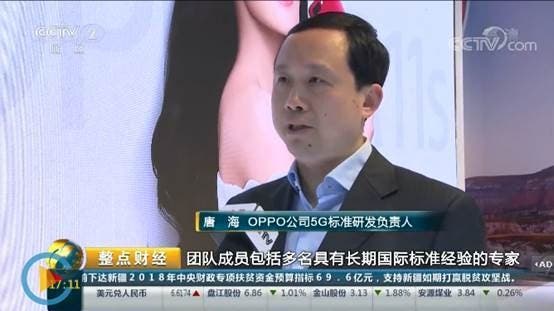 OPPO is also in a deep cooperation with a list of universities and research institutes such as New York University and Beijing University of Posts and Telecommunications. But its cooperation is not limited by the universities only. OPPO has conducted an in-depth cooperation in various aspects with many carriers including China Mobile. Say, this manufacturer has assisted the operator in solving a number of key issues related to the 5G network and in the development of 5G technical and test specifications.

In the future, OPPO will continue actively participating in 5G standardization and industrialization and make unremitting innovations in the future of mobile communication technologies. So there is every chance for OPPO to become the first smartphone maker coming with a 5G-enabled smartphone.