HTC recently launched the U11 Life, after launching the U11+ and another smartphone named the HTC Ocean Harmony has now been 3C certified, meaning that a launch is imminent.

According to the certification, the HTC Ocean Harmony codenamed HTC 2Q4R400 will sport the Qualcomm Snapdragon 652 processor, coupled with 4GB of RAM and 64GB of ROM. It is expected to sport a 5.99 inch bezel-less display. 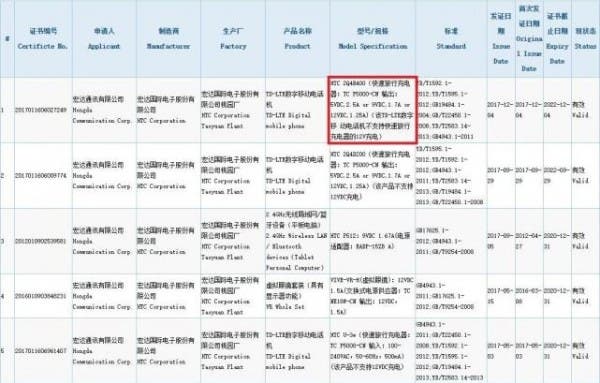 Judging from the specs, the Ocean Harmony seems like the middle sibling of the HTC U11+ and the U11 Life. Another report says that it will have another, more powerful version, featuring the Snapdragon 660. The standard version is expected to be priced around 2599 Yuan, whereas the bumped up version is expected to retail at 3599 Yuan. It’s too early right now to determine the actual price of the phone, but it won’t exceed that of the U11+ or be any lesser than the U11 Life. The Ocean is expected to launch this month, under the names, Ocean Master and Ocean Lite. The launch date has not yet been revealed, but we can bet that it will be later this month since HTC did plan to release 3 phones by the end of this year. Watch this space for more!