First announced in August this year, the Meizu M6 Note has received a price cut of 300 Yuan across all its variants. The M6 Note became the first Meizu phone to sport a Qualcomm processor and sold more than 200,000 units in the first sale. 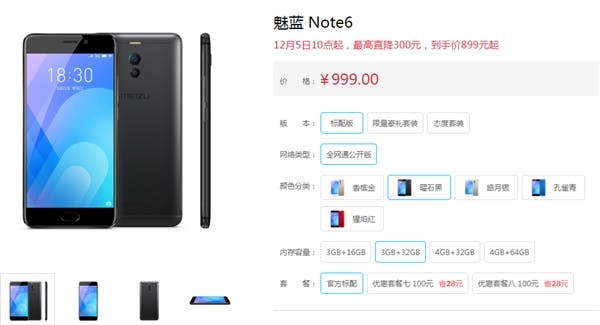 On the back lies a dual camera setup that is a combination of a 12MP Sony IMX362 f/1.9 sensor and a Samsung 2L7 5MP sensor with a quad LED flash that runs along the antenna line, something Meizu introduced with the E2. The front features a 16MP snapper.

After the price cut, the 3GB/16GB version is priced at 899 Yuan, 3GB/32GB at 999 Yuan, 4GB/32GB at 1299 Yuan and the top end variant, with 4GB RAM and 64GB ROM is now retailing at 1499 Yuan. The price cut will reflect across offline and online stores, with Jingdong already offering the M6 Note at the discounted rate.