A couple of months back, we reported that Vivo had signed a strategic six-year contract with FIFA for a second-tier sponsorship that runs through the 2022 World Cup in Qatar. We also reported that Vivo will announce a special FIFA World Cup phone to offer a one-of-a-kind experience in Vivo consumers, football fans and even the staffs of FIFA.

Today, the company in celebrating the upcoming 2018 FIFA World Cup in Russia has unveiled a special edition of the Vivo X20. The Vivo X20 FIFA World cup edition was unveiled recently at an event in  Moscow, Russia ahead of the World Cup draw, the device is meant to be the official phone of all FIFA officials at the 2018 event.

The Vivo X20 FIFA World cup edition is basically the same as the base Vivo X20, except that the official 2018 World cup logo is crested on the back of the special variant. We are not certain if the device will come with special FIFA Worldcup themed wallpapers.

The Vivo X20 Worldcup edition isn’t the first special variant of the X20, Vivo had formally announced the Vivo X20 king of Glory edition that is tipped to go on sale from Dec 8 with a 3,498 Yuan (~$529) price tag. 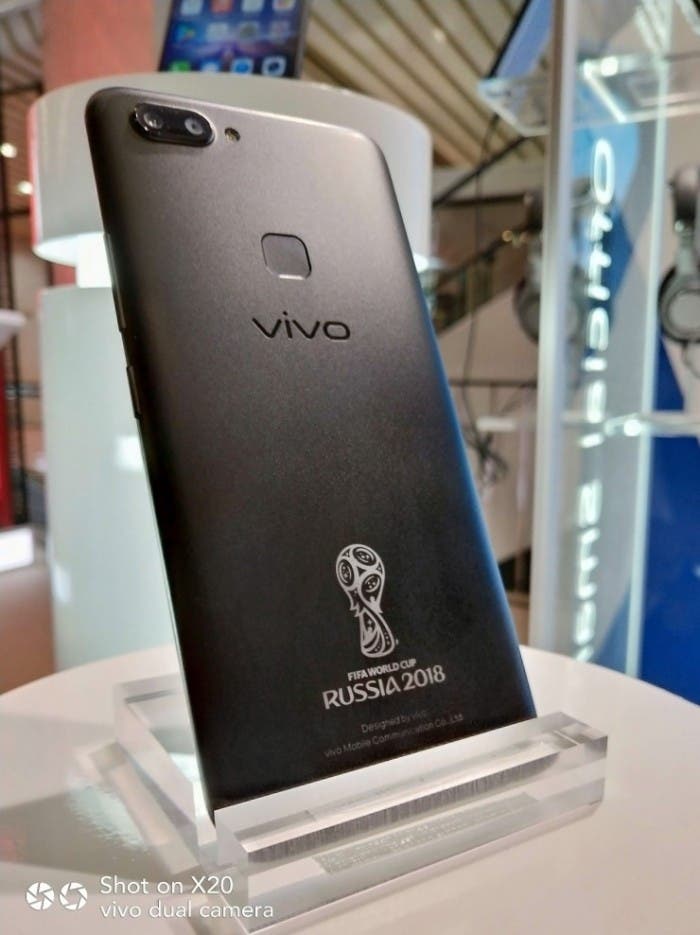