When Huawei announced the Mate 10 series, the company not only announced the features of the first AI capable SoC the Kirin 970, but also gave special focus to a whole new feature that their newest flagship was packing, the Easy Projection.

The feature is very similar to the Samgung DeX, debuted with Galaxy Note 8, and resemble the early concepts of Windows Phones working with Windows 10. Basically the Easy Projection works by bringing a desktop experience to users without the need of an expensive accessory to dock the handset. In counterpart of its competition Huawei Mate 10’s rely only on its USB 3.1 Type-C to activate the feature in a desktop.

Apparently there is some additional info behind the feature that Huawei didn’t announce, after an investigation conducted by the folks at XDA-Developers, an APK disassemble revealed some parts of the Project Phoenix OS in the Huawei Easy Project Feature.

The Phoenix OS is a project developed by the Beijing Chaozhuo Technology, basically is an Android Based operating system for computer with x86 platform and some ARM devices, however for the later the software is a little more capped than for the full x86 Desktop platforms. Those who remember from the goner Remix OS it’s basically the same thing, a Desktop Multi-tasking interface running atop of Android.

When Huawei announced the Easy Projection they didn’t mention any involvement with Project Phoneix, this can’t be easily justified by the fact that Chinese behemoth didn’t wanted to advertise another product on their smartphone launch. After digging in the APKs behind the feature XDA devs found Phoenix OS logo and a link the redirect to a page containing a curious information.

The information mentions that during October the Phoenix devs worked with a big manufacturer in a Custom ROM, that would deliver the PC mode feature, and the phone will ship worldwide. This information closely matches Huawei, Mate 10 and its release that occurred in October. 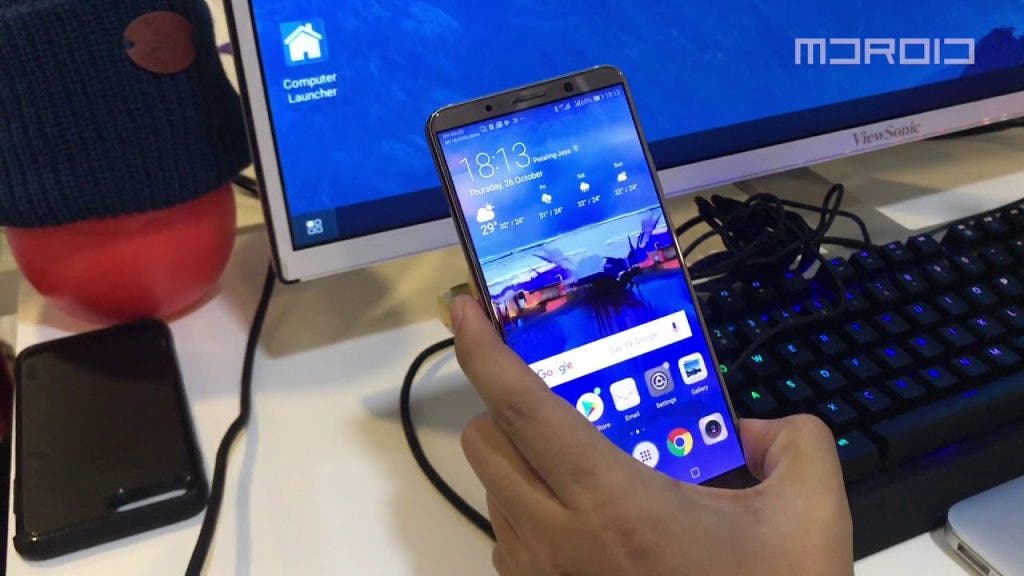 Still is unclear how the Beijing Chaozhuo Technology worked with Huawei to projects the Easy Projection Feature, and would be unfair to give all the credit to the Phoenix OS devs, considering that Huawei also had to do a lot of work to integrate such capabilities under their EMUI. So for now we’re just thinking this was a kind of collaboration in which both parts got benefited.

This doesn’t seem the kind of feature that can be ported to another devices under Huawei’s and Honor portfolio running the Android 8.0 Oreo in the form of EMUI 8.0. We expect the feature to make a comeback only in the next year inside the Huawei P11.

It’s kinda interesting to see brands going on this route of expanding its smartphones software to the point of allowing a fully desktop emulated experience to its consumers. We are anxious to see what the future can bring for this.