Just in time to align with the force, OnePlus 5T Star Wars Limited Edition has been launched in India by OnePlus. The latest space opera movie which hits theatres on December 15th is the theme of the third anniversary celebrating OnePlus phone this year. The handset launched at an event in Mumbai was earlier announced at Comic-Con in Bengaluru. 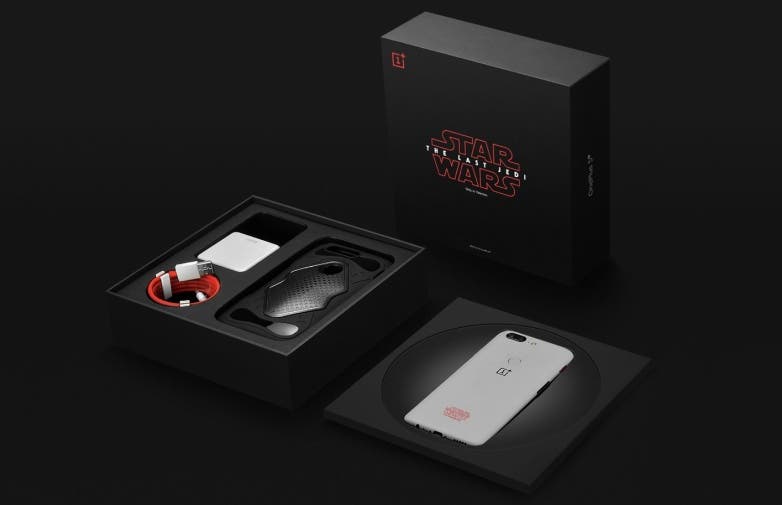 Essentially, what you’re getting here is a brand new paint job on the OnePlus 5T itself. It’s got a brand new sandstone white back with the familiar Star Wars franchise branding. Another cosmetic change you might notice is the red alert slider, and that’s pretty much it. The packaging also comes with a Kylo Ren case bundled inside the box. On the software side, it comes with a black theme and a number of Star Wars wallpapers.

Apart from these differences, the Limited Edition will only be sold in the 8 GB format. The price of OnePlus 5T Star Wars Limited Edtion is Rs 38,990. The handset can be ordered online from Amazon as well as OnePlus experience zones in Bengaluru and Noida.

OnePlus will also be giving away 10,000 Star Wars tickets for free in select Indian cities. The second phase of the giveaway is on December 15th.