10,000 lucky Indian OnePlus customers stand a chance of winning a free ticket to Star Wars: The Last Jedi. OnePlus just announced on its official Twitter account in India that it will be giving away 10,000 tickets for the old Sci-Fi sequel. The announcement comes as a token of thanks to the Indian fan base of OnePlus as the brand turns 3 years old. 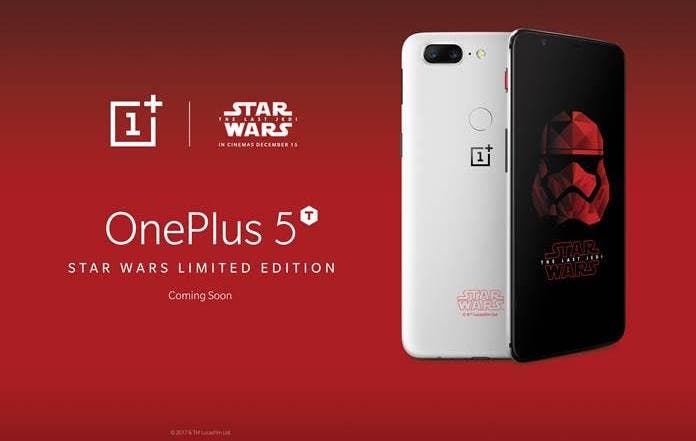 The giveaway is for just a select few cities though and a single theatre from each of them. It spans 9 big metro cities in India. Below is the list of the eligible venues. The free giveaway will take place two times on December 13 & December 15 on OnePlus’ website and Paytm.

This one's for the OnePlus Army! We're giving away 10,000 tickets to complimentary screenings of Star Wars: The Last Jedi, exclusively for OnePlus users 😎

To be one of the lucky winners, participants have to be a OnePlus device owner. After that, register that device and pick a time to see the movie. If your stars are with you, you will get a ticket code that can be redeemed on Paytm. The latest Star Wars sequel will hit theatres on December 15th.

The first phase tickets will be available starting December 13 at 10 a.m exactly. Also related to this celebration, the Chinese phone maker is launching a special Star Wars edition phone exclusively for India on December 14.