Welcome back to our monthly round up with the best smartphones China has to offer, because – let’s be honest – why would you spend more than $500 on a phone anyway? If you agree with us, then stick around and check out what made it on the list and maybe find your future Christmas present? Keep reading!

Let’s begin with – you guessed it – the OnePlus 5T. The smartphone is hands-down probably the best smartphone you can currently get from China. The phone sports a powerful Qualcomm Snapdragon 835 processor paired with 6GB of RAM and 64GB of internal storage as well as 2017’s trendy “full-screen” design with very slim top and bottom bezels.

The OnePlus 5T rocks a large 6.01-inch Full Optic AMOLED screen with an 80.5% screen-to-body ratio and 18:9 aspect. In the camera department, we have a 16MP main shooter with F/1.7 and a secondary 20MP sporting the same wide aperture, the latter is said to come in use in low light situations. On the front, we find a 16MP snapper for really high def selfies.

Lastly, battery capacity is 3300mAh with super fast Dash Charge support (20W), it runs OxygenOS based Android 7.1.1 Nougat OS and works on pretty much any 4G LTE network around the globe.

While this device hasn’t had a huge success mostly due to its uninspired design and lack of a 3.5mm jack, the Mi 6 is still a beast of a phone rocking a Qualcomm Snapdragon 835 CPU, as well as 6GB of RAM and a whopping 128GB of internal storage – all of that for less than $500.

Xiaomi’s phone is also a great option for those looking for a smaller device as it sports a 5.15-inch Full HD display. The Mi 6 then comes with two cameras on the back, with a primary 12MP shooter with F/1.8 aperture and OIS, accompanied by another 12MP telephone camera. Using the two of them you’ll be able to create photos with a shallow depth of field effect when in portrait mode.

Powered by the same Qualcomm Snapdragon 835 processor, this time paired with 8GB of RAM, 64GB of storage and still costing less than $500, we have the Nubia Z17. Alternatively, you could also get the 6GB RAM / 128GB storage version for around the same amount of money.

The Nubia Z17 sports two rear cameras which are a 23MP shooter with F/1.8 aperture and OIS (Optical Image Stabilization) for the primary and a secondary 12MP with 2X optical zoom. The selfie camera can snap 16MP photos, sports a BSI sensor and F/2.0 wide aperture.

Nubia’s Z17 comes with a big 5.5-inch Full HD IPS display coated in 2.5D glass, a 3200mAh battery (compatible with Quick Charge 4.0) and 4G LTE connectivity with band 20 support. The smartphone only disappoints under one factor, the lack of a 3.5mm headphone jack, but it looks like everybody is going that route either way.

Once again in our top five we have the Oppo R11s. The smartphone packs a big 6.01-inch AMOLED FHD+ display with an 18:9 aspect ratio, coated in Corning Gorilla Glass 5 and surrounded by very slim top and bottom bezels. Under the hood we find a mid-range – but still powerful for most users – Qualcomm Snapdragon 660 CPU, 4GB of RAM and 64GB of internal storage.

Camera wise, the Oppo R11s is equipped with a main 16MP Sony IMX398 rocking a wide F/1.7 aperture and a secondary 20MP Sony IMX350 telephoto camera featuring the same F/1.7 aperture; meanwhile the selfie snapper has 20MP resolution and F/2.0 aperture. The smartphone can shoot 4K videos at 30fps or slow-motion ones at up to 120fps.

The R11s packs a 3205mAh capacity battery and supports a plethora of 4G LTE networks, but unfortunately it does not feature band 20.

Last but definitely not least, we have the recently launched Honor View 10. The handset shares a lot of hardware with the flagship Huawei Mate 10 Pro (priced around $800) while costing almost half of that. The Honor View 10 is indeed powered by a Huawei HiSilicon KIRIN 970 octa-core CPU paired with 4GB of RAM and 64GB of internal storage (expandable).

The View 10 is fueled by a decently sized 3750mAh capacity battery with Huawei Super Charge 3.0 support, runs Android 8.0 Oreo out of the box and works on various 4G networks, but band 20 isn’t among them. 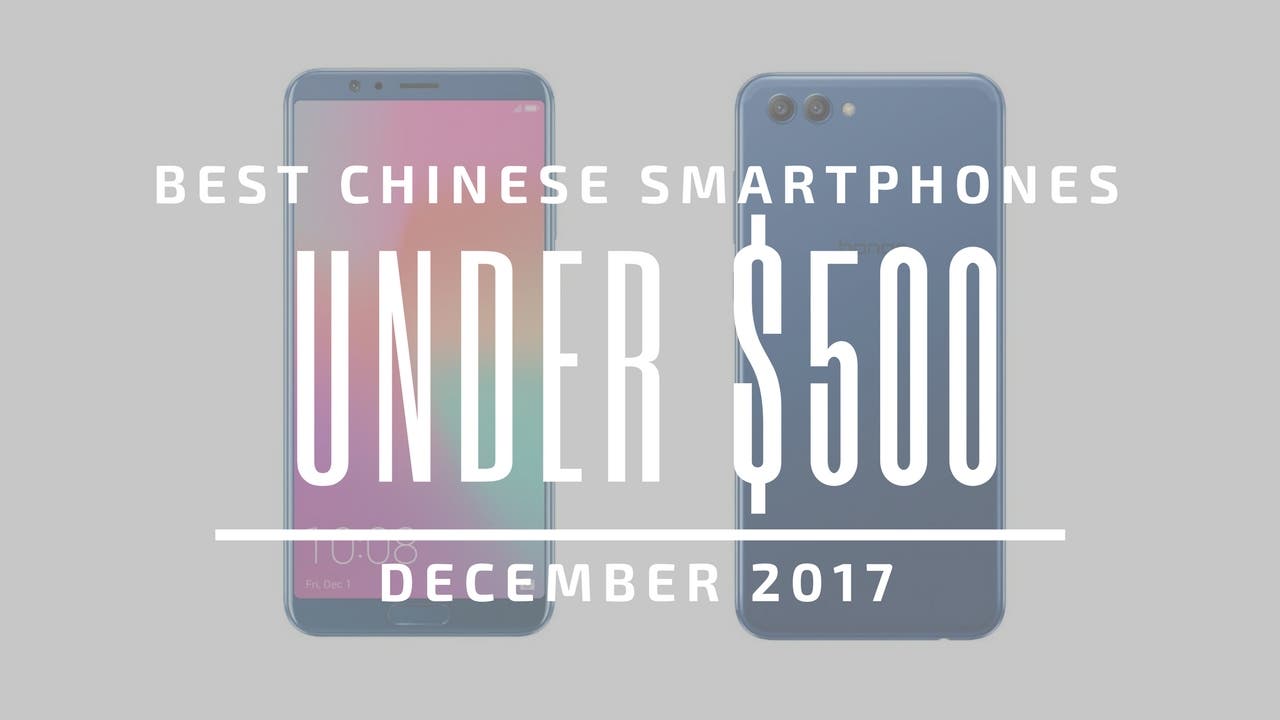 We believe that this month we have listed 5 amazing devices and you can’t really go wrong with any of them. But if you think we should have included any other phone, then let us and everybody else know in the comments section below!