As some of you may already know, Cubot have somewhat widened their portfolio of products from only smartphones to wearables starting in 2016. Up until today, the company has launched four smart bands, the Cubot V1, Cubot V2, Cubot S1 and a smart watch – the Cubot F1. 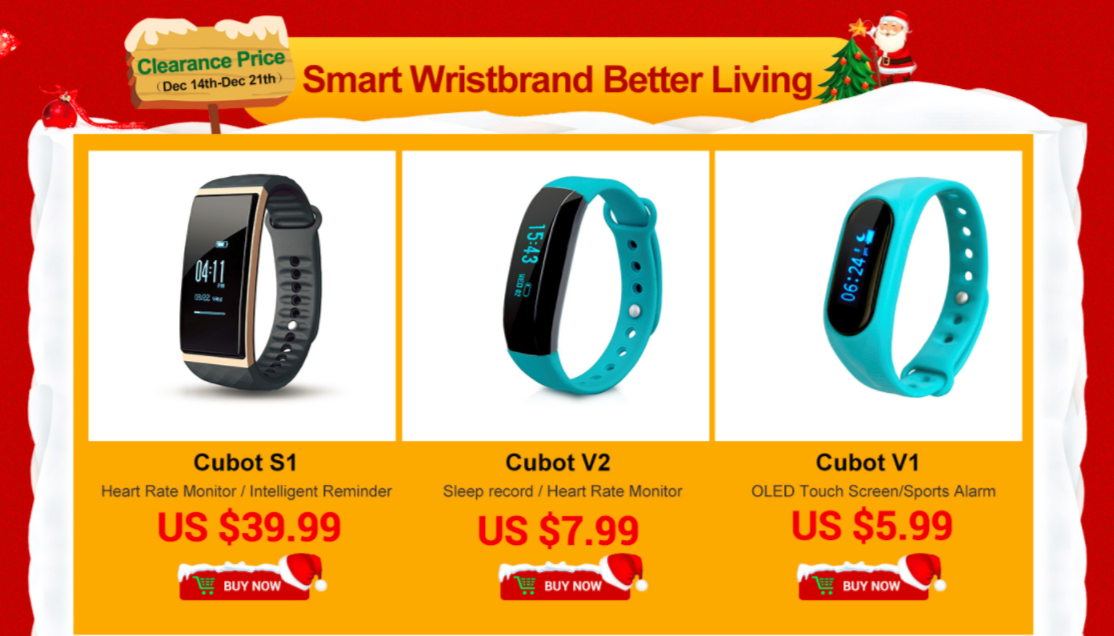 As Christmas approaches, Cubot decided to run a promo on some of their devices, with the Cubot V1 dropping to the lowest price it’s ever been – $5.99. Let’s check out all the deals!

Let’s begin with the previously mentioned Cubot V1. This smartband is very basic but still features a 0.88-inch OLED touch screen, a pedometer and an 80mAh battery.

Next we have the Cubot V2 which comes with a more advanced 3D touch screen, an heart rate monitor and a better looking design. This one goes for just $7.99.

Last but not least, we find the premium Cubot S1. A smartband with a 6-axis sensor for more accurate step counting and as well as a more precise heart rate monitoring. It will also  recognize multiple sports modes automatically.

Cubot’s promotion is only available starting on December 14th and until December 21st. If you were looking for a smart band, then visit Cubot’s AliExpress official flagship store.