We knew it was coming, but not this fast, Samsung has finally announced the Samsung Galaxy A8 (2018) and Galaxy A8+ (2018) following several rumors and leaks. The new entrants to the Galaxy A series highlights Samsung’s Infinity Display hitherto reserved for the flagship S series and a dual front camera with Live Focus.

Made out of a premium looking metal and glass build with the IP68 rating for water and dust resistance, the Samsung Galaxy A8 (2018) & Galaxy A8+ (2018) are largely the same in terms of look but differ slightly in their internal configurations.

Both devices are made for selfie lovers, thanks to their dual front-facing camera placed on the tiny bezels above the infinity display. Unlike their predecessors, the fingerprint sensor on both devices has been relocated to a location below the rear camera- a similar arrangement that has been widely rumored for the upcoming flagship S9.

Like we mentioned earlier, these devices are very similar in look and even in their internals but with few differences. The Samsung Galaxy A8 (2018) is the most basic of the duo, at 149.2 x 70.6 x 8.4mm and weighing 172g, the device flaunts a 5.6-inch Full HD+ Super AMOLED display, while the plus size variant which measures 159.9 x 75.7 x 8.3mm at 191g comes fitted with a slightly larger  6-inch Full HD+ display. With a resolution of 1080×2220 pixel, the infinity display on both devices has the breathtaking 18.5:9 aspect ratio that has become the dominant features in most recent mid-range and flagship phones.

Much like the Predecessors, the front-facing camera is one of the major selling points of these devices, but unlike the Galaxy A5 (2017) and Galaxy A7 (2017), the latest devices come with a dual front-facing camera and a single 16-megapixel f/1.7 camera on the flip side. The front shooter includes a 16-megapixel primary camera with f/1.9 aperture coupled with an 8-megapixel secondary f/1.9 camera.

The front shooters are made of two separate cameras, which can supposedly switch between taking regular photos or close-ups with background blur/bokeh. It is also equipped with live focus feature to adjust the blur effect before and after they take a picture.

On the connectivity front, both devices get a USB Type-C port with support for LTE Cat.11, NFC and MST for Samsung Pay support, and other connectivity options like Wi-Fi ac and Bluetooth 5.0. 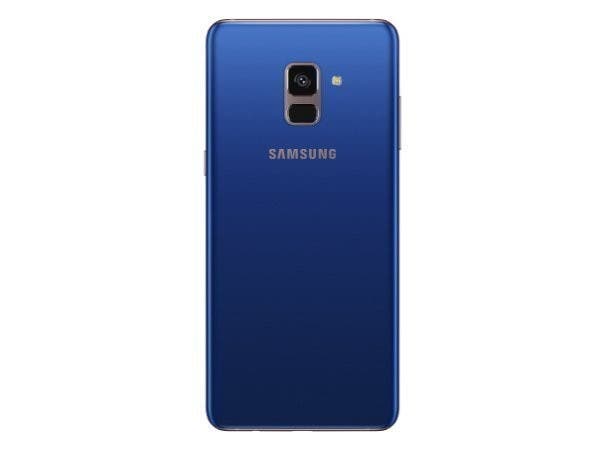