Samsung have built a memorable legacy with the manufacture of chipsets, components and DRAM memories. The company announced today the start of mass production of the industry’s first 2nd generation of 10nm 8GB DDR4 DRAM. The component will be used in a wide range of computing systems.

The new DRAM not only brings the best performance and efficiency but also comes in the smallest achievable size. Furthermore, the company’s 2nd-generation 10nm-class 8Gb DDR4 features an approximated gain of 30 percent in productivity when compared with company’s 1st–generation.

“By developing innovative technologies in DRAM circuit design and process, we have broken through what has been a major barrier for DRAM scalability […] Through a rapid ramp-up of the 2nd-generation 10nm-class DRAM, we will expand our overall 10nm-class DRAM production more aggressively, in order to accommodate strong market demand and continue to strengthen our business competitiveness.”

To justify those referred improvements Samsung mentions the application of new technologies during the manufacture process as well as the use of high-sensitive cell data-sensing “air spacer” scheme. 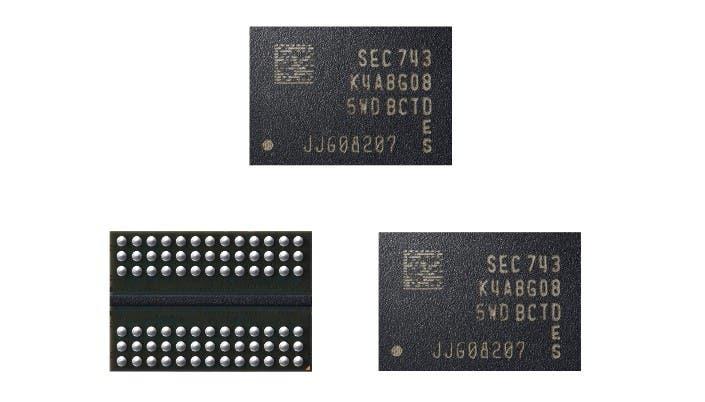 The achievements come to fuel Samsung advance into the development of new technologies such as the next DRAM generation, which includes DDR5, HBM3, LPDDR5 and GDDR6 meant to be used in the next generation of operational computing system, mobile handsets, super-computers and high-speed graphic cards.

Samsung also took the opportunity to announce a high-scale focus in the mass production of both 1nd and 2nd generation of 10nm DDR4 as demand is reportedly increasing.