Today AnTuTu benchmark was updated to version 7. This update refers not only the overall interface but also brings new features. To show what differences it comes with one of the bloggers came in with the OPPO R11s’ screenshot.

The AnTuTu v7.0 has added two new 3D testing features called ‘Refinery’ and ‘Coastline’. Both scenarios have been developed to test the phone’s GPU performance when playing games as well as what maximum performance it can provide. Undoubtedly, these new features require support for OpenGL ES 3.1 + Android Extension Pack features. So we should state the testing quality has reached the PC level. Thanks to it, AnTuTu now provides more reliable data.

The first phone tested by AnTuTu v7.0 was the OPPO R11s. As you know, this amazing handset has been launched more than a month ago. Though the selling point of this smartphone is considered to be the camera, there are many key features we should pay an appropriate attention to as well. Say, it sports a Snapdragon 660 chip using four large cores and four small cores with a Kryo architecture. The highest frequency it reaches is 2.2GHz. Moreover, this chip is paired with an Adreno 512 GPU, which is known for its ideal performance.

Earlier, when the Oppo R11s was tested via the sixth version of AnTuTu, it showed about 121K scores. The new version of this benchmark, AnTuTu v7.0 showcases this handset scores about 130K, actually. 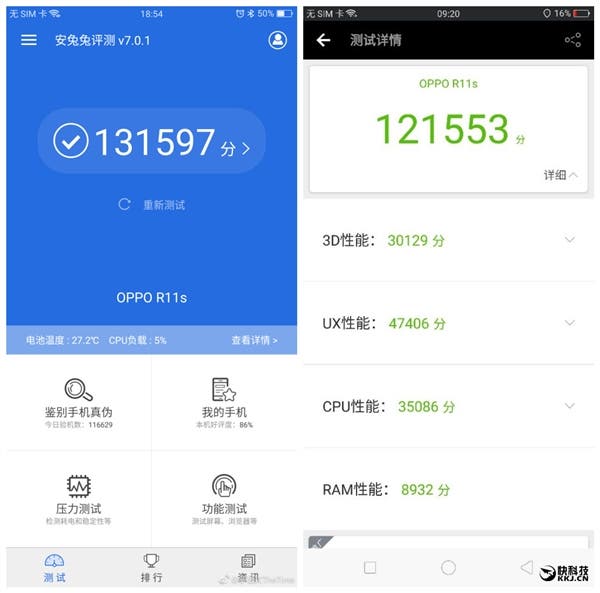 So we should state, the AnTuTu list of top smartphones will change once they are tested via this version.

Next Nokia To Launch a 4G Smartphone Soon