Google Home, Amazon Alexa, Apple Homepod, are moving millions of units, but can Xiaomi do the same with the China centric Xiaomi MI AI Speaker?

If you don’t speak Chinese, don’t buy this speaker. Even if you do speak Chinese, don’t buy this speaker. However, there is one reason and one reason only why anyone should purchase this speaker (outside of China that is), only if you are already immersed in the Xiaomi ecosystem. If you own Xiaomi water purifiers, vacuum cleaners, rice cookers, TV boxes, then yes, this is the AI assistant for you. If not, the Google Mini at $35USD currently stands as the best value proposition in the market today.

Even Chinese People Shouldn’t Buy This 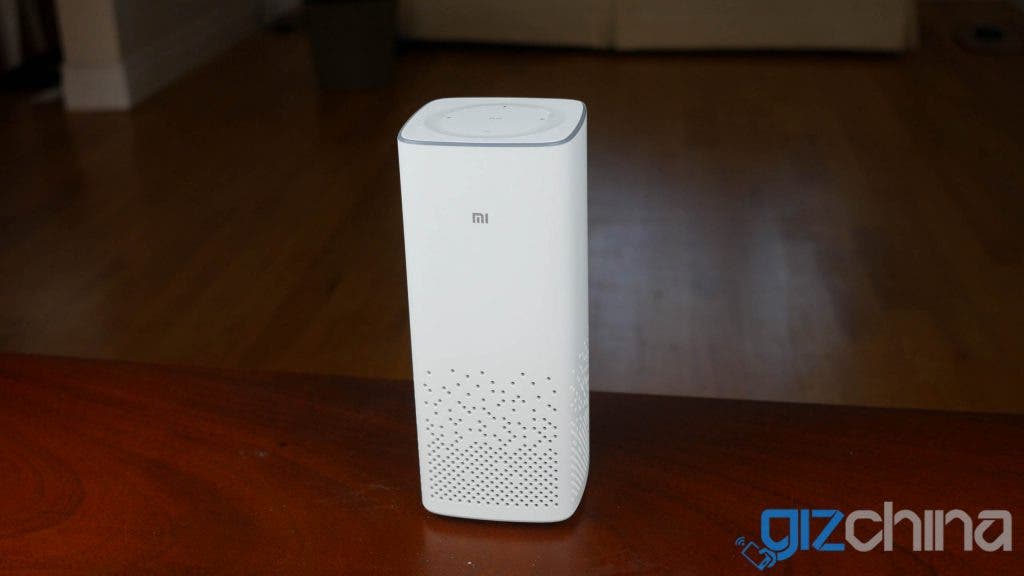 The Speaker is made out of hard, frosted plastic and resembles a rounded cylinder in shape. It looks exactly like how a smart assistant should look like which has the side effect of looking rather ordinary amidst the growing sea of smart assistants. The bottom half of the device is pierced with holes for sound output and the holes make a pattern that resembles smoke or mist rising. 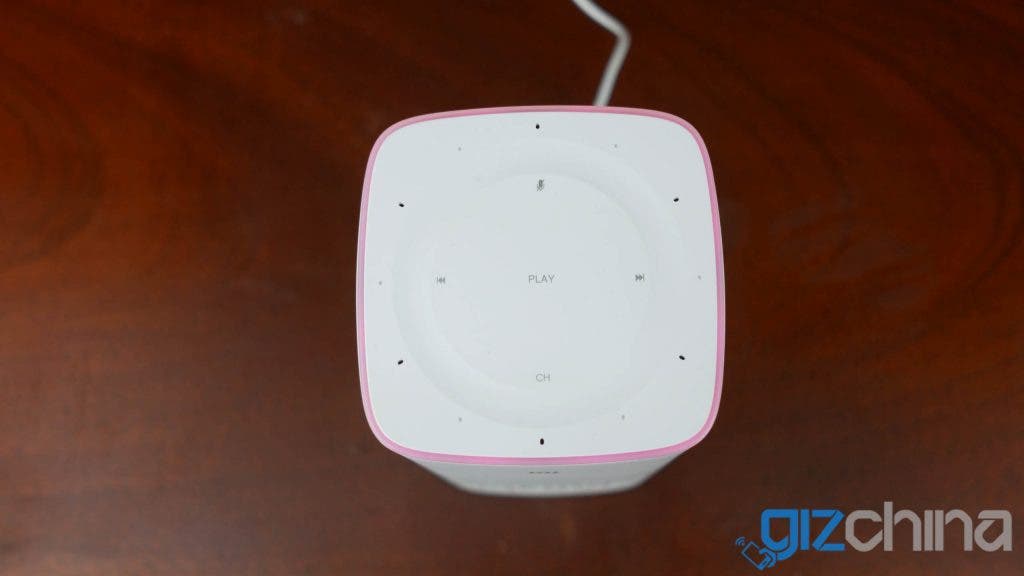 The top of the speaker contains the controls needed to operate the speaker. There is a touch sensitive area with controls for pausing music, increasing volume, and the like. The top ring encircling the outside of the speaker pulses a different colour depending on the situation, changing from white to blue when the speaker is outputting sound, and orange when a smartphone is connected.

The bottom of the speaker is made of rubber that prevents it from sliding and contains a groove to allow the cord outside the speaker and into a plug.

Xiaomi went in hard marketing how great the audio was going to be, touting 360 degree sound with a 6 speaker setup and great bass with a lower frequency of 60Hz. Audio here is definitely excellent. Sit it next to an Amazon Echo Dot or a Google Home Mini and this thing blows them out of the water. It’s comparable to the Amazon Echo and the Google Home but the Google Home still edges this out in terms of bass. The audio volume gets quite loud, clearly heard in loud environments, and my family is using it regularly now to play music. 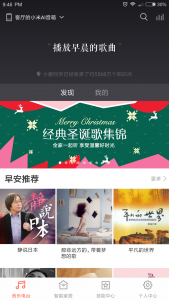 In order to setup the speaker, you need a cell phone with the Mi AI app installed. This app is understandably not available on the Play Store because it is Chinese only. Connecting to the speaker is easy, and once you’re in the app consists of four tabs, the first one being the music player, very similar to the app called “QQ Music” and “Xiaomi Music” if you’ve ever used that. The music player in here is basically Spotify for China, except you get to choose what songs you want to play without having to pay money. There are very few popular English songs available, but all of the popular Chinese songs are. 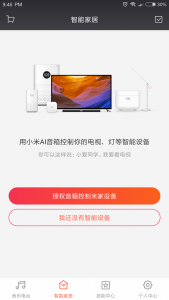 The next tab shows the Xiaomi devices that can connect to the AI Speaker, but I don’t have any so this tab is empty. 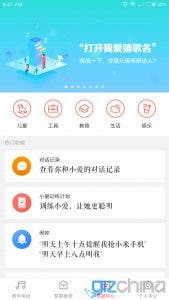 The next tab shows you the commands in Chinese, almost the exact same as other smart home devices. You verbally activate the speaker by saying four words “小爱同学“ (pronounced xiao ai tong xue) which roughly translates to little student.

The second word in that phrase, 爱, means love, and I personally don’t think that this word actually adds any meaning to the phrase, its just used as a phonetic replacement “AI” (as in artificial intelligence) because the romanization of the word 爱 is spelled “ai” which is the exact same as AI (artificial intelligence).

Anyway, tangent aside, the commands you can use are very similar to Google’s and Amazon’s implementations:

“小爱同学“ please tell me the weather.

“小爱同学“, what’s the traffic like to work? (Note this doesn’t work outside China because they don’t use Google Maps but their own Chinese mapping apps).

The lsit goes on and on, currency exchange, translation, anything Siri or Google can do, so can “小爱同学“. 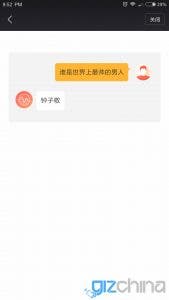 I instead programmed it to answer the question “Who is the most handsome man on earth” with “Zi Jin Cheng”. Pretty slick right?

Where this training ability comes in useful is the ability to activate your Xiaomi household appliances with a phrase. You could train the speaker to listen for “小爱同学, I’m home!” and upon receipt of that phrase, turn on the rice cooker, turn off the air purifier, and turn all the lights in your house. Or you could say “Good night” and all your lights would turn off.

However, if you don’t have any Xiaomi appliances, don’t worry, you can control them by plugging them into a Xiaomi smart socket.

The last big feature set is the speaker’s ability to interface with children. This was a big focus of Xiaomi’s advertising, the speaker can read bedtime stories to your children so you don’t have to, recite popular poems off by heart, and imitate animal sounds upon request. 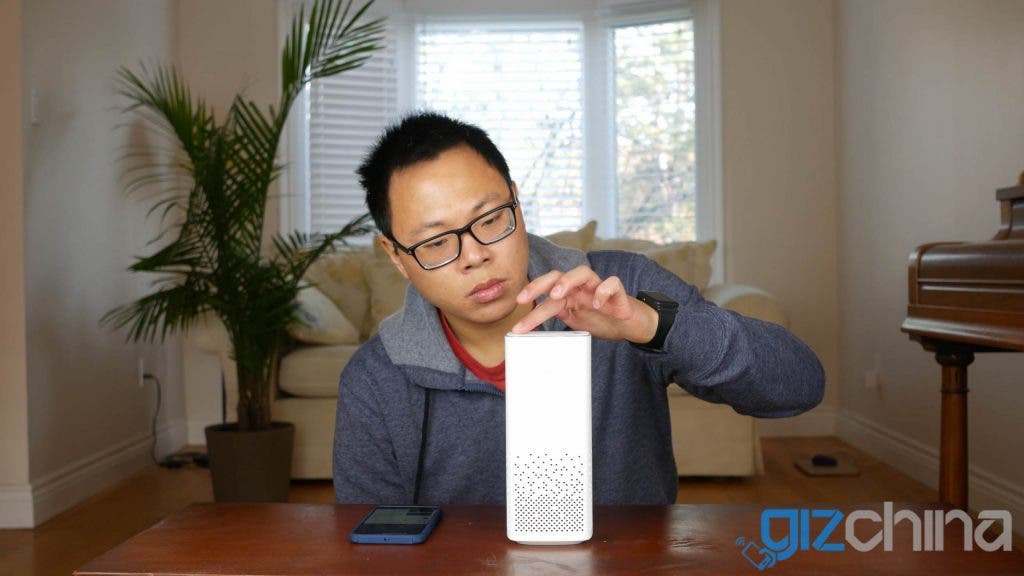 Speed of response and activation is very good and the feature set of the software is arguably wider than that of Google or Amazon, however its main focus is in China, which prevents it from interfacing well with non Xiaomi/Chinese smart devices and most importantly, non Chinese apps. It’s a lot less useful to those of us who are completely immersed into the Google Ecosystem.

Dual band WiFi reception is strong with the speaker, it never cut out. However, there were some issues at the beginning of use where it would repeatedly say “No WiFi, please check and reset”. However, WiFi was working properly, a quick reset would fix that. You can connect to the speaker with bluetooth and it makes for quite an interesting phone war in the house with everyone in the house trying to connect first. Bluetooth range is great, it never cut out once while walking around my house with my phone in my pocket.

The Mi AI Speaker was never meant to be sold outside of China, and there is almost no scenario wherein anyone outside of China should buy this. The Speaker relies on Xiaomi’s home appliance ecosystem and Chinese app umbrella to be useful, rendering this Speaker useless in 98% of the world. However, if you have filled your house with Xiaomi appliances, this speaker will far outstrip any other personal assistant in terms of usefulness, however you are still better off purchasing a Mi AI Speaker and a Google Home, as the Mi AI Speaker is only good for controlling your various appliances, and will not interface with the Google suite of apps, you need a Google Home for that.

Nobody should buy this