China-based smartphone maker Lenovo in its resolve to embracing the full-screen bandwagon has today unveiled its first-ever full-screen smartphone. The Lenovo K320t as it is called recently surfaced on TENAA with virtually all of its specs and images.

The device which is by all standard a budget phone is made entirely of polycarbonate material, with horizontal dual rear cameras with LED flash and a fingerprint sensor.  It flaunts a 5.7-inch display with a resolution of 1440 × 720 with a 2.5D curved glass screen and with 81.4% screen to body ratio.

The device is powered by a 1.3GHz Spreadtrum quad-core processor, coupled with 2GB of RAM, and 16GB of internal storage, expandable with up to 128GB micro SDcard. You have a dual 8MP AF +2MP fixed focus cameras at the back, while a similar 8MP sensor with f/2.2 aperture sits in the front. With a thickness of 8.5mm, the Lenovo K320t weighs pretty heavy at 153 grams and comes packed with just 3000mAhnon removable battery.

The device runs an unknown version of the Android OS, which we presume to be the Android 7.1 Nougat and is available only in Black color option. 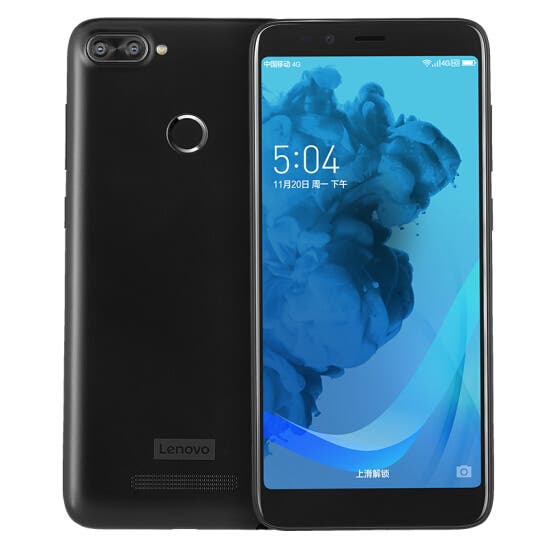 The device will go on sale from January 4th in China, but it is currently available for reservation via Jd.com. The device cost in China is about ¥1000.00, amounting to about $154.

Previous OnePlus 5 gets Face Unlock thanks to OxygenOS Beta 3

Next Xiaomi Mi A1 is getting stable Android 8.0 Oreo update